The recent normalization trend has started to take a stage in the Middle East. The United Arab Emirates (the UAE) and Bahrain formalized their relations with Israel in September 2020. In the following process, 2021 witnessed many normalization initiatives. In this sense, Turkey is at the center of the regional normalization trend. It has been discussed that Ankara plays a critical role in terms of increasing regional cooperation. Starting with Egypt, Turkey had regular conversations with regional countries. The United Arab Emirates acted pragmatically and became the first country to take a serious step towards normalization. The Crown Prince of Abu Dhabi paid an official visit to Ankara after ten years of tension on November 24, 2021. It has become a matter of curiosity whether Saudi Arabia will follow the Emirates’ pragmatic choice or not. Even though there is a convenient atmosphere for thawing or melting the ice, Saudi Arabia seems to follow a “wait and see” policy.

The first dynamic that can positively rebound from the normalization process is the intra-Gulf competition. The intra-Gulf competition can contribute to the normalization efforts. Members of the Gulf Cooperation Council have divergent views on some critical foreign policy issues. In this sense, the recent crises or embargos on Qatar from 2014-2017 showed that there is no cohesion in the geopolitical stance of the Gulf. The decay of politics has risen when the most enduring allies are found in clashes of conflict. Saudi Arabia and the UAE have been following almost the same policies towards regional developments. But the recent economic projects of both countries, such as project-50, launching a new airline by Saudi Arabia, have proved that there are deep divergences in the alignment between Riyadh and Abu Dhabi. The UAE thought that normalization with Turkey could provide leverage in competition with Saudi Arabia. Therefore, to balance the UAE or have more leverage in the competition with Qatar, Riyadh can act pragmatically and take further steps to normalize ties with Turkey. If Riyadh does not want to be marginalized, it must jump on the normalization train. Therefore, the competition among Gulf allies provides a suitable platform on which actors can accelerate the normalization process.

Another dynamic that can contribute to the normalization process is Turkey’s proven military strength and presence across the globe. The role of the US has been declining in the Middle East. Saudi Arabia’s strategic response to this decline is re-formulating or recalibrating foreign policy towards the regional environment. In this sense, to deal with the militias of Houthis, Saudi Arabia opted to cooperate with Greece rather than Turkey. But there have also been speculations about Saudi Arabia’s willingness to purchase weapons from Turkey. Although it is not official and still preserves its ambiguity, cooperation in the defense field can accelerate the normalization process. Moreover, Turkey has been changing the balance of power with drones and its military operations and diplomatic steps on a  regional and international scale. Syria, Libya, Qatar, and the recent armed conflict between Azerbaijan and Armenia proved that the defense power of Turkey is the strongest in the Middle East. Saudi Arabia has been seeking to decrease its independence from the US’ military umbrella. In this sense, Turkey can help Saudi Arabia achieve this target by selling weapons or assisting in constructing a national defense industry.

In addition to that, there is a predicament in Yemen, in which Saudi Arabia does not know how to end it or what to do. This strategic dilemma is at the heart of Saudi Arabia’s foreign policy. Even though Saudi Arabia announced a ceasefire in March, Iran-backed Houthis are not in favor of ending the arms conflict without the embargo being lifted. Turkey, which has strong diplomatic ties with Iran can play a mediator role with which Saudi Arabia can find an exit gate from the Yemen quagmire. On the other hand, Afghanistan provides a platform to open a communication channel between regional actors. Moreover, it has been known that the Gulf countries have been competing for influence in the new Afghanistan ruled by the Taliban. Turkey, which is welcomed by Taliban and Afghan people with its historical ties with the country, can play an accelerator and facilitator role in engaging Saudi Arabia with a new Afghanistan. Saudi Arabia can also normalize with Turkey, which also plays a critical role in diverting Afghanistan’s political destiny.

There are at least three dynamics that lower the speed of normalization. The first dynamic is the ambiguity of the Biden administration’s attitude towards Saudi Arabia, more specifically to the Crown Prince. However, Biden does not give a guarantee to Saudi Arabia. In this sense, the US’ policy towards the Kingdom will directly affect the decisions of the Crown Prince about normalization with Turkey. If Biden pressures the Crown Prince about the assassination of Jamal Khashoggi or if he stays strong about not selling the weapon, Saudi Arabia will recalibrate its policy towards Turkey and most probably will give green light to normalization. The second dynamic is also about US policy. For Saudis, competition with Iran is seen in the light of an existential threat perception. Therefore, if Biden succeeds in the deal, Saudi Arabia will feel that the US has again abandoned the Kingdom. If Iran returns to the deal, Saudi Arabia will need to normalize its relations with Turkey. The nuclear deal is still uncertain, which is slowing down the normalization. The third dynamic is the personalization of politics in the Kingdom. Although the conjunction offers an opportunity for repairing relations, the crown prince, Mohammad bin Salman, sees the rift or conflict with Turkey as a rivalry between him and Erdogan. Meanwhile, Saudi state institutions, including King Salman, intend to normalize with Turkey rather than Israel. In this sense, there has been a dispute between King Salman and the Crown Prince. It is seen that all positive signs from Saudi Arabia to Turkey come from the King, not from the Crown Prince, who totally controls the direction of foreign policy. Therefore, even though there are several signs, including a warm welcome by Erdogan to Saudi Arabia, there is no breakthrough achieved because Saudi foreign policy is personalized by the Crown Prince. It seems that Crown Prince Mohammed bin Salman does not act pragmatically contrary to his mentor, Crown Prince Mohammad bin Zayed. Even though negotiations to normalize the relations between Saudi Arabia and Iran are still ongoing, no breakthrough has appeared yet. Therefore, anticipating upcoming normalization in the near future is only an optimistic expectation. 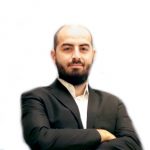