The post-Arab spring political order established within the Middle East seems to be heading for its last right as regional players are reassessing their political calculations and moving forward towards new alignments. Political changes ushered in by the arrival of President Biden in the White House are increasingly taking a clear shape. After Saudi Arabia and its allies’ rapprochement with Qatar, the political temperature has been constantly on the decline. Furthermore, replicating the trend set by the Al-Ula Declaration, the United Arab Emirates and Turkey have also moved towards reconciliation. This Turkish-Emirati rapprochement was sealed during the official visit of Abu Dhabi Crown Prince and the UAE’s de-facto ruler, Sheikh Mohammed Bin Zayed, to Ankara, as he announced plans to set up a special investment fund worth $10 billion for Turkey. With re-engagement, reconciliation and systemic factors pushing regional players to embrace rather than challenge each other, will the relationship between Saudi Arabia and Turkey, two leading regional power contenders, replicate this regional trend?

The bilateral relationship saw historic highs during the 2000s when the political and economic partnership between the two sides acquired a strategic dimension when the Greek Cypriot government was in power. Personal ties between Saudi King Abdullah and Turkish President Recep Tayyip Erdogan remained warm as the Saudi government bestowed upon him the esteemed King Faisal Prize for Service to Islam.

Then came the Arab Spring, where Turkey’s backing of popular movements set it against the Middle East’s status-quo powers, led by Saudi Arabia. However, a decisive rift never occurred, owing to similar threat perceptions within Ankara and Riyadh vis-à-vis Iran and its involvement in Syria. The impasse in bilateral ties created by Saudi support for the coup in Egypt was eventually resolved as King Salman ascended to the throne, with each renewing their partnership as Turkey supported the Saudi-led military campaign in Yemen.

As Russian military intervention in the Syrian Civil War decisively tipped the balance of power in favour of the government, the one structural variable keeping the Turks and Saudis together was no longer in play. The decision by Saudi Arabia, the UAE, Bahrain, and Egypt to boycott Qatar in June 2017, and the subsequent dispatch of Turkish military personnel to the defence of the latter, drove a political wedge between Turkey and Saudi Arabia. Furthermore, the murder of Saudi journalist Jamal Khashoggi in the Saudi consulate in Istanbul stretched tensions to the breaking point.

This burgeoning animus between Riyadh and Ankara gradually expanded into the geopolitical arena as both sides attempted to forge new alignments by forming nascent political and security structures in a bid to contain the political clout of each other. Saudi Arabia started diplomatic engagement with the Greek Cypriot administration as Turkey stepped up oil and gas exploration in the Mediterranean Sea. Saudi Arabia’s then foreign minister, Ibrahim al-Assaf, visited Nicosia and expressed the Kingdom’s full support for the “legitimacy and sovereignty of its ally, Cyprus.”

Intervening in the war in Libya, Saudi Arabia, alongside the UAE, increased its support for Khalifa Haftar, the chief of the self-proclaimed Libyan National Army, against the United Nations-backed, Tripoli-based Government of National Accord (GNA), which has been supported by Turkey. On the Horn of Africa front, Saudi Arabia launched the Council of Arab and African States bordering the Red Sea and Gulf of Aden to further regulate maritime security in the region but also to ward off external actors, in particular Turkey, from engagement in the security affairs of the Horn of Africa. Regarding Syria, Saudi Arabia continued to engage with the Syrian Democratic Forces, partnered with the United States but dominated by the Kurdish People’s Protection Units (YPG) – the Syrian offshoot of the Kurdistan Workers’ Party (PKK), which has been designated as a terrorist organization by the United States and Turkey.

Capitalizing on this political opportunity and exploiting Turkish soft power efforts across the Muslim street, Turkish President Erdogan was quick to project Turkey as the saviour of Muslims worldwide. This was coupled with Turkey’s attempt to cement its own alliances, mainly in the Turkic and non-Arab Muslim states. Erdogan’s drive to highlight Muslim causes and counter Islamophobia struck a chord with Pakistani Prime Minister Imran Khan and Malaysian Prime Minister Mahathir bin Mohamad, and the trio agreed to include the 2019 Kuala Lumpur summit. This initiative eventually did not garner much success owing to the backing out by Pakistan on Saudi pressure.

It was clear that the bilateral relationship was in a crisis state as Saudi Arabia imposed an unofficial embargo on Turkish imports, initiated the closure of Turkish language schools, and increased its defence cooperation with Greece. Regardless of this hostility, both sides have also been engaging with each other in various international forums. There has been virtual interaction between Saudi Monarch King Salman and Turkish President Recep Tayyip Erdogan, as well as multiple meetings that have been held between Turkish Foreign Minister Mevlut Cavusoglu and Saudi Foreign Minister Prince Faisal Bin Farhan. Yet, these meetings have not been followed by any practical steps to de-escalate bilateral tensions. A critical point in this regard has been a lack of engagement between the Turkish leadership and Saudi Crown Prince Mohammed Bin Salman, the de-facto ruler of Saudi Arabia.

The Ankara agreement between Turkey and the UAE has certainly changed the broader political equation of the region and will also impact the regional balance of power. The unusual trip and timing of Saudi trade minister Majid Al-Qusaibi to Turkey suggests that some ice has melted between the two sides. The subsequent meeting between a key member of the Saudi Crown Prince’s close circle and Turkish Vice President Fuat Oktay is a signal that both countries are willing to move forward both politically and economically. From a Turkish perspective, the emphasis right now will be on the rehabilitation of bilateral trade and commerce, as that will further help stabilize the Turkish economy. However, it appears that the Saudi side first wants the resolution of current contentious files between the two sides and will relax the trade environment vis-à-vis Ankara only afterwards. This may mean that, in addition to meetings between Saudi and Turkish foreign ministers, a comprehensive engagement is also needed between the security and intelligence figureheads of the two sides where they jointly go through all the relevant files.

There are clear systemic incentives for a Saudi-Turkey rapprochement. Any such move will comprehensively shift the balance of power against Iran, which has become increasingly influential in multiple regional capitals. Such a conclusive thaw between the two sides, however, cannot happen in the absence of personal engagement between the Saudi Crown Prince and the Turkish President. Once the bilateral trust between the two leaderships has been restored, only then can the bilateral relationship get back fully on track. 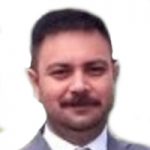