Sheikh Mohammed bin Zayed Al-Nahyan, Crown Prince of Abu Dhabi and de facto ruler of the United Arab Emirates (UAE) paid an official visit to Ankara to meet Turkish President Recep Tayyip Erdoğan face-to-face for the first time in almost ten years and to open “a new phase” in the bilateral relations between the two countries.

Despite the differences of opinion, Turkey did not want to damage its relations with the UAE. However, Abu Dhabi saw Ankara as “the protector of the Muslim Brotherhood,” labelled Erdoğan as “an Islamist political leader,” and began to turn hostile towards Turkey on every issue. It collaborated with coup plotters in Turkey before the unsuccessful attempt and tried to undermine Turkish interests in Libya and the Eastern Mediterranean. This was a big mistake.

Lately, Turkey and the UAE felt the need for rapprochement and mend their broken ties with each other after a long period of coldness due to changes in regional and international dynamics. For instance, Joe Biden, who does not want conflict with Iran, won the presidential election in the US, and relations between two members of the Gulf Cooperation Council, Saudi Arabia and Qatar, improved after the summit held in the Saudi Arabian town of Al Ula on January 5, 2021. It is certain that the restoration of Turkish-Emirati relations will benefit both countries.

The Biden administration is forcing the Gulf coalition to end the war in Yemen. In his first foreign speech as president, Biden announced an end to US support for Saudi-led operations. “This war has to end,” he added. The Arab Gulf states realized that Washington would no longer defend them against Iran. In addition to this, the improvement of Saudi-Qatari relations led to the isolation of the UAE in the Gulf region. Therefore, the UAE was forced to reconsider its alliances and foreign relations to get out of the impasse.

Sheikh Mohammed bin Zayed supported the Crown Prince of Saudi Arabia, Mohammed bin Salman, and his reform initiatives. As part of Saudi Vision 2030, he plans to turn the capital of Saudi Arabia into a global centre for finance, business and logistics. But the young Crown Prince’s plans began to harm the economic interests of the UAE, and Riyadh entered into competition with Abu Dhabi through giant economic and tourism projects. In February, Riyadh issued a daring ultimatum to multinational companies to shift their regional head offices to Saudi Arabia and announced that, by 2024, its government would cease doing business with any international companies whose regional headquarters were not based within the Kingdom. According to experts, this decision “clearly targets the UAE” and is a “jab in the face” of Dubai.

The UAE entered under the umbrella of Israel through the Abraham Accords to protect itself from the wrath of American democrats and to ensure its interests in the United States. However, this does not end its isolation but rather turns it into “an agent of Israel in the region.” Consequently, it needs to strengthen its relations with a country such as Turkey to balance its foreign relations.

Meanwhile, Turkey also aims to mend its damaged relations with Saudi Arabia and Egypt. In this regard, Ankara took several steps to show its goodwill. However, its attempts have not been successful so far for various reasons. Firstly, Egypt interpreted Ankara’s steps as signs of weakness for Turkey and thought that Ankara was in urgent need of improving its relations with Cairo and, therefore, began to stipulate impossible conditions to restore relations with Turkey. The negotiations between Ankara and Cairo have come to a deadlock.

I have always said that Turkish-Emirati relations can improve before the improvement of Turkish-Saudi relations, and mentioned this issue in one of my articles. I think the UAE is more pragmatic and can easily change its position, unlike Saudi Arabia, even if its foreign policies are described as adventurous.

There are various obstacles that make the restoration of Turkish-Saudi relations more difficult than the improvement of relations between Turkey and the UAE. The two countries may bypass the file on the murder of journalist Jamal Khashoggi inside the Saudi consulate in Istanbul, but the biggest obstacle is that Saudi Arabia, unlike the UAE, considers itself “the leader of the Islamic world” and believes that Turkey is competing with it for this leadership.

Secondly, Saudi Arabia is under the illusion of being a “superpower,” sees that its oil wealth gives it a kind of immunity, and thinks that it does not need an alliance with Turkey. In addition to this, it may be waiting for the fall of the Turkish president in the next elections, in the summer of 2023, and saying: “Why do I improve my relations with someone who will leave the political scene in the near future?” This means that Turkish-Saudi relations will not be mendable until the results of the presidential elections appear or until Riyadh clearly sees that Erdoğan will win the elections.

Diplomats and intelligence officials from the two countries held talks that paved the way for UAE National Security Advisor Sheikh Tahnoun bin Zayed Al Nahyan’s visit to Ankara. The visit of the Crown Prince of Abu Dhabi, Sheikh Mohammed bin Zayed Al Nahyan, came as a culmination of the efforts made to restore bilateral relations between Turkey and the UAE. This visit will certainly inaugurate a new stage in the history of Turkish-Emirati relations and will have reflections on regional issues. Among the GCC countries, only one country will remain that has not improved its relationship with Turkey thus far.

Turkey and the UAE signed a series of cooperation agreements during the latest visit, and the Chairman of the Abu Dhabi Development Holding, Mohammed Hassan Al Suwaidi, said in a statement that the UAE has set aside $10 billion in funds to invest in Turkey. This fund is expected to focus on strategic investments, particularly in the logistics sectors, including energy, health, and food.

Even if this visit seems, at first glance, to be of an economic nature and its main aim is to create economic value through enhancing trade, the results of business partnerships and insuring successful sustainable investments, as the UAE Minister of Industry and Advanced Technology, Sultan Ahmed Al Jaber defined, will be reflected in other areas and will certainly ease the tension between the two countries. Certainly, it will not solve all problems and disagreements on a bilateral level, but it can serve mutual interests, lead to the building of bridges between the two societies, and take bilateral relations to new heights. 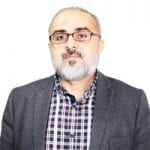