According to statistics from the International Organization for Migration for the year 2020, the number of people who have moved to a new place in the context of international migration is 281 million. This community corresponds to 3.6 percent of the world’s population. The largest group within the scope of international migration is labor migrants. In 2020 figures, 164 million people are within this group and represent about two-thirds of all immigrants. Migration has regional, cultural, occupational, and gender dynamics. In addition, the “migration corridors” created for many years by the phenomenon of international migration draws much attention. According to the Pew Research Company, between 2005 and 2015, the number of labor migrants coming to the Middle East from outside the region increased by 50 percent. Based on figures from the year 2015, the countries holding the largest amount of such migrants are Saudi Arabia with 10.1 million, the United Arab Emirates (UAE) with 8 million, Kuwait with 2.8 million, Israel with 1.9 million, Oman with 1.8 million, Iran with 1.7 million, and Qatar with 1.6 million. In the context of international migration dynamics, the Middle East and North Africa region is at a very active geographical crossroads with its transit corridors that both send and receive immigrants while also functioning as transit and waiting stations for migration flows.

In figures from 2019, there are 35 million foreign workers in the Gulf region, which corresponds to approximately 21 percent of global figures in this regard. With the figures of 2019, the number of remittances sent by working immigrants to their own countries was calculated as $717 billion. These figures do not include non-monetary and/or in-kind transfers sent through informal channels. Meanwhile, the number of remittances sent by foreign workers in the Gulf region to their countries through official channels is around $100 billion. Saudi Arabia and the UAE are among the top three countries in the world from which workers’ remittances are sent to their home countries. 90 percent of all foreign workers in the UAE are from India, Bangladesh or Pakistan. Today, more than 3.4 million Indians and more than 1.5 million Pakistanis work in the UAE, making up about 39 percent of the country’s population. Due to the increase in oil revenues in the Gulf region, the number of foreign workers has increased gradually, but when the state institutions, rules, and norms could not respond at the same speed, increasing problems were encountered in the context of living and working conditions, social security, and rights of foreign workers.

The United Nations and member states of the International Labor Organization (ILO) are obliged to implement existing international conventions. For example, it is essential that all migrant workers employed in a foreign country, regardless of their status, enjoy basic human rights. International legal norms, the eight fundamental conventions under the responsibility of the ILO, United Nations human rights regulations, and all other migration and human rights-related regimes focus on the humane living conditions of immigrants in the places they reside. In this context, the International Convention on the Protection of the Rights of All Migrant Workers and Members of their Families (ICMW), which was approved by the UN General Assembly in 1990, is an important human rights convention. The ICMW goes far beyond the workers’ rights enshrined in ILO conventions and includes political, economic, social, and cultural rights. The most common violation of the rights of migrant workers is the confiscation of travel documents and exposure to forced labor under various pressures, including psychological, with either no or partial payment. It is important to note that none of the Gulf countries have signed the ICMW document. In general, the majority of rich countries, including EU countries, where foreign immigrants are concentrated, have either not signed this convention or have not ratified it.

One of the most important problem areas regarding foreign workers in the Gulf countries is the guarantor system, known as the Kafala, which is the main reason for many cases of abuse and violations of rights. Technically, a temporary foreign contract worker enters the country as a guest on a fixed-term contract at the invitation of a sponsor. Foreign employment in the UAE is practically not regulated as a normal employment contract between the worker and the employer. For example, a temporary contract is made with female workers working in domestic services on a lump sum basis through a mechanism similar to “auctions.” Domestic workers in the UAE are directed to demanding households by employment offices called “tadbeer.” Women from Asian countries such as Indonesia, Bangladesh, and the Philippines generally work in these jobs. As a common practice in the Gulf, employers’ confiscation of the passports of foreign workers as a factor of pressure is the main reason for many cases of abuse and violations of rights. The “No Objection Certificate” system, which is mandatory for working in another company or traveling abroad, is also problematic.

This system is operated as part of the bail system that makes migrant workers dependent. The most important group of immigrants in need of social protection in the Gulf region are those who work in unskilled jobs, especially in construction and domestic services. According to official figures released by the Abu Dhabi Dialogue Forum, there are around 300,000 migrant workers, mostly being Filipinos, throughout the UAE. On the other hand, within the scope of international legal norms, Gulf countries come under the radar of many human rights organizations, and pressure is exerted by global organizations when necessary. For example, in 2016, the International Trade Union Confederation filed a petition against the Emirati government with the ILO. Within the scope of forced labor, contrary to the ILO Forced Labor Convention (No. 29), a report has been published stating that the UAE “lacks an adequate legal and institutional framework to prevent the forced labor of migrant workers.” Transnational advocacy campaigns against Qatar, which will host the 2022 FIFA World Cup, can be shown as an example of international pressure.

With the effect of increasing pressures, some partial reforms in the Gulf countries have drawn attention in recent years. With Law No. 13 enacted in 2018, Qatar abolished the “No Objection Certificate” system which stipulates that foreign workers are required to obtain written permission from their employers in order to leave the country. The opening of the International Labor Organization (ILO) office in Qatar in April 2018, which is also a first in the Gulf region, is an important concrete step. In Qatar, Ministerial Decision No. 95 of 2019 regulates that some foreign workers are allowed to leave the country after informing their employer 72 hours before their departure. Although the practice of employers withholding passports continues, this practice has tended to decline in recent years. In the UAE and Qatar, labor dispute committees have been established as a mechanism by which workers and employers can resolve their disputes. While the reforms that have accelerated over the past five years have been promising, wealthy employers have political connections across the Gulf region, and the issue of sanctions and impunity remains pervasive. In the UAE and Saudi Arabia, the executive elites of large companies employing migrant workers are also linked to political figures and/or bureaucrats who have more or less a say in the governance of their country. Failure to implement legal and social protection measures is a major challenge for migrant workers in the Gulf region.

For the Gulf countries, the dynamics of the migration regime in question are handled with the reality of overdependence in the context of security and national interests, apart from the field of the economy. In the context of migration diplomacy, Gulf countries do not favor the excessive concentration of migrant workers in certain sectors. It is feared that migrant workers will organize and create disturbances that will put the country in a difficult situation and result in instability. Although Saudi Arabia and the UAE supported the US-led international coalition during Saddam Hussein’s invasion of Kuwait in 1990, foreign Arab workers in the Gulf held protests in favor of Saddam-led Iraq. This situation created a serious alarm in the Gulf elites. Following this, priority was given to the employment of non-regional workers, especially from Southeast Asian countries. The bilateral diplomatic relations of Egypt, Yemen, and Jordan with the Gulf countries were significantly affected as a result of these divergences, including the migration movements within the Middle East in the 1990s.

Some bilateral agreements have been signed between sending and receiving countries and generally prioritize state interests on a macro basis, but these agreements generally focus on the violation of individual rights or social security of immigrants very weakly. For example, the 2013 Saudi Arabia-Philippines agreement and the 2008 Qatar-Sri Lanka agreement do not contain adequate and accessible social security provisions for migrant workers. Aiming to protect workers’ rights, the Indian government’s digital employment portal, eMigrate, was launched in 2015. Through a common platform, it aims to transform migration into a simple, transparent, orderly, and humane one. This system entails all foreign companies, including construction companies, to submit their employment contracts online. However, the UAE rejects India’s online employment system as it perceives it as a mechanism that violates its sovereignty. The Emirati administration argues that India seeks to set up a data bank to obtain confidential information about Emirati companies. As a result, there are different dimensions to the labor migration issue concentrated in the Gulf region, and there have been changing policies of the Gulf countries towards this phenomenon over time.

Gulf countries face difficulties and resistances arising from their domestic political and sociological balances while arranging their national policies in the face of change and transformation pressures brought by the international system and especially by the global economy.

This article was originally published in Turkish in the January 2022 edition of the Middle East Analysis magazine. 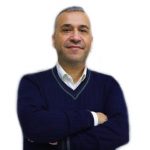