Turkish President Recep Tayyip Erdogan said on May 23 that the Turkish army will take steps to complete the remainder of a 30-kilometer safe zone along its southern border. Erdogan pointed out that the goal is to eliminate terrorist bases of the YPG close to the Turkish border, from where the terrorist organization conducts attacks on Turkish military bases located both in Turkey and Syria. Particularly, attacks from Manbij, Tal Rifaat, and some hideouts in rural Afrin have caused casualties among Turkish troops. It is almost clear that the Turkish army will target strongholds of the YPG, posing continuous threats, not to mention the aim of expanding the safe zone.

There are several reasons for the highly likely operation put forward by pundits. One rumor is tied to a meeting held between US forces and the Turkish intelligence agency (MIT) in Azaz town on May 18. While pro-YPG accounts claim that the meeting gave the greenlight to the Turkish army’s operation in return for not opposing Sweden and Finland joining NATO, another rumor alleges that the Turkish side handed over an ISIS militant to American forces. The YPG’s claim does not seem realistic as Turkey’s relationship with the US is not strong enough to consent to a military operation.

Another claim is that since Russia is withdrawing some of its forces from northwest Syria, Turkey hurries up to fill the gap of authority and not leaving it to pro-Iran proxy groups. Some Syrian origin analysts decline this claim, arguing that the emptied bases are not in the scope of the likely operation. However, according to Dr. İsmail Sarı of ORSAM, Russia will not create an environment favorable to Turkey. What is more, the Russians might even have thought of making the US and Turkey confront each other. But obviously, Russia’s being bogged down in Ukraine is a factor encouraging Turkey to complete its unfinished goal of pushing the YPG further back.

On the other hand, western media argue that Erdogan needs such an operation to divert the attention of the Turkish people, who complain about worsening living conditions emanating from high inflation rates. In addition, the assertion goes that the military operation will help Erdogan win upcoming elections. The success of the operation will certainly be beneficial for Erdogan’s election campaign, but it is still not worth conducting . First, even the mention of the operation was enough for the Turkish Lira to plunge 1.5% against the Dollar within one day. Already suffering from an economic crisis, the Turkish population is not in a position to bear the cost of the military intervention in their daily lives . Moreover, the opposition might hold the government accountable for likely casualties and propagate as if they died for Syrians rather than Turkish people. Such misleading campaigns have many buyers in Turkey.

What might be the reasons then? The most serious is the ongoing threat posed by the YPG, the PKK’s Syrian offshoot, to Turkey. The terror group, which was renamed as the Syrian Democratic Forces (SDF), has carried out bombings in areas controlled by Turkey-backed opposition groups and killed hundreds of civilians in recent years. In addition, the group also attacks locations on the Turkish side, that are in the range of their artillery and missiles. For instance, they pounded the Karkamış district of Gaziantep on May 12, killing a Turkish soldier and injuring 6 civilians.

The incident seems to be a planned attack to demonstrate the YPG’s support for and solidarity with the PKK, which is currently fighting Turkish troops in Northern Iraq. It also shows how the PKK and YPG are interconnected, act in synchrony, and more importantly, how Turkey is surrounded by the Kurdish separatist group and its subsidiaries, controlling the whole Iraqi and Syrian borders. Furthermore, the PKK, which is squeezed in Qandil mountains of Iraq and paralyzed in Turkey, controls a-third of Syrian territory illegally via YPG. Such a big area enables the terror group to maneuver better against Turkish troops and prolong its lifetime. Therefore, the more Turkey remains idle, the more the PKK/YPG gets stronger as well as further roots in its self-declared autonomous region (thanks to the help of the US administration). As a result, Turkey must act sooner rather than later to eliminate the existential threat on its southern borders.

The second reason is that the locations within the scope of military operations, such as Tel Rifaat and Manbij, are Arab populated but under the control of the YPG/SDF. While Arab lands are ruled by a terrorist organization, 4 million Arabs live in Turkey due to unsecure conditions. The Erdogan-led Turkish government has embraced Syrian migrants until now and remains committed to sheltering them until conditions are suitable for them to return. However, the long stay of Syrians is used by the Turkish far-right to inflame anti-migrant sentiments. Also, the majority of Turkish people expect a permanent solution to the migrant problem and put pressure on the government.

As a solution, the government has built brick houses, hospitals, schools and a variety of other social facilities with the help of some Gulf countries and NGOs in order to enable those migrants who wish to return voluntarily. Turkish authorities expect one million Syrians to resettle in newly built places. This project will certainly alleviate the criticism of the government. However, if the return is voluntary, then there must be security in northern Syria as no one will be eager to live under bombardment. For that end, needless to say, YPG militants must be removed from the western Euphrates for the moment.

In addition, the area where returnees will resettle is too small to live in comfort as there is not enough land to maintain social life, to manufacture goods, and to cultivate for agricultural purposes. In current circumstances, reverse migration will only cause a backlog of people, discouraging the return.

Finally, hosting millions of people from a neighboring state grants you intervention if required per se. Turkey is a temporary home to 4 million Syrians, who were displaced by the Syrian regime and terrorist organizations including YPG. Therefore, Syria is already inside Turkey. This means that Turkey can be inside Syria not only because of the above logic but also of the right granted by the Adana Agreement and article 51 of the UN Charter, which the US also refers to for its presence in Syria. Besides, Turkey’s intervention is neither arbitrary nor aimed at realizing its foreign ends. On the contrary, conditions, literally security and refugee influx, force the Turkish state to intervene that Turkey’s operations are a necessity and must be conducted. It can be argued that Turkey would not have deployed a single soldier had there not been the aforementioned threats. Also, it would probably accept to be replaced by another country or a group of countries in northern Syria provided that the latter ensures Turkey’s concerns about migration and terrorism. 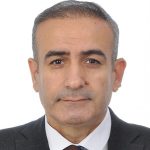 Dr. Ibrahim Karatas is a political analyst and journalist who specializes in Turkish foreign policy, the Middle East and security.