The Chief Executive Officer of Baykar Technology, Haluk Bayraktar, said in an interview with the Ukrainian TSN channel on August 21 that the company is continuing its efforts to establish a factory to produce the Bayraktar TB2 armed drones. Bayraktar said that the President of Ukraine, Volodymyr Zelensky, personally asked to start a project to build a plant in Ukraine after seeing the manufacturing infrastructure and the research facilities of Baykar company. According to Bayraktar, the new factory will be able to manufacture the Bayraktar Kizil Elma jet- powered combat drone, in addition to the TB2. The Kizil Elma will be powered by the AI-322F turbofan engines, developed by Ivchenko Progress of Ukraine. Ukraine has also been providing engines for the Bayraktar Akıncı strike drone.

Armed drones developed by Türkiye, particularly the Bayraktar TB2, have been on the headlines since the start of Russia’s invasion of Ukraine in February this year. The drone not only performed exceptionally against Russian armed forces but also has become a symbol of Ukrainian resistance. The Russo-Ukrainian War has been the latest conflict where Turkish drones have played an important role, since early 2020. The performance and characteristics of these drones resulted in a significant increase in export sales. According to a report in June 2022, Baykar Technology signed contracts with 21 countries for the Bayraktar TB2. Türkiye’s aerospace workhorse, Turkish Aerospace, has also exported the Anka to Tunisia and Kazakhstan, and both companies are reportedly in talks with even more countries for the export of the Bayraktar TB2, Akıncı, Anka, and Aksungur.

The establishment of a drone production facility in Ukraine is being made under an intergovernmental agreement signed earlier this year. Türkiye’s President Recep Tayyip Erdogan and Volodymyr Zelensky signed an agreement on cooperation in advanced technologies, aviation, and space on February 3, during Erdogan’s visit to Kyiv. The cooperation agreement covered the establishment of a drone factory in Ukraine, and the transfer of relevant technologies. In his remarks about the agreement, Ukraine’s minister of defense, Aleksei Reznikov, said that Türkiye would assist Ukraine in manufacturing a Ukrainian version of the TB2 that will be powered by a locally produced engine.

In addition to the sale of drones, the establishment of drone factories has become an agenda item in Türkiye’s defense exports. Ukraine is not the only country affected by this trend. Several countries, including the Kingdom of Saudi Arabia (KSA), the United Arab Emirates (UAE), and Kazakhstan, have expressed interest in manufacturing Turkish designed drones in their respective countries. There have been reports in the media that even Russia, ironically nevertheless, has expressed interest in acquiring Turkish drones through local production. Recently, President Recep Tayyip Erdogan confirmed interest by the UAE and Russia in his speech at the meeting of the ruling party’s Central Decision-Making and Administrative Committee on July 26. Earlier in May, it was reported that an agreement on the local production of the Anka drone in Kazakhstan was reached when Kazakh President Kassym-Jomart Tokayev paid an official visit to Ankara. According to reports, as part of the Anka agreement, engineers from Kazakhstan will design and build the medium-altitude, long-endurance drone with the help of Turkish Aerospace. The collaboration will include technology transfer, maintenance, and repairs.

Türkiye’s recent success is the culmination of around 25 years of operational experience, industrial investment, and a long-term, sustained focus of resources in developing an indigenous capability, not only in terms of platforms and systems, but also in terms of doctrines and tactics.

Türkiye bought GNAT and GNAT-750 drones from General Atomics of the United States in the mid-1990’s to support counter-terrorism operations. Despite the lack of previous experience and infrastructure, the Turkish Armed Forces quickly realized the effectiveness of surveillance drones in counter-terrorism operations, where real-time intelligence is a crucial asset in preventing and neutralizing terrorist threats as well as detecting terrorist camps and depots. Consequently, in the late 1990s, Türkiye made a strategic decision to achieve indigenous capability in the design, development, and production of drones. Savunma Sanayii Müsteşarlığı (SSM; later changed to Savunma Sanayii Başkanlığı) launched two concurrent programs to acquire larger drones: One for off-the-shelf procurement to meet urgent operational requirements and another for the indigenous design and development of a medium altitude long-endurance (MALE) drone. The first project, after a much delayed and controversial process, resulted in the commissioning of ten Israeli -made Heron 1’s, whereas the latter project produced the Anka family of drones by Turkish Aerospace. To meet the requirements of the Turkish Land Forces (TLF), a tactical class drone development program was also initiated by the SSM, which produced the Bayraktar TB2. The Anka entered service with the Turkish Air Force (TurAF) in 2018 and the TB2 entered service with the TLF in 2014.

The United States’ reluctance to provide the armed versions of the Predator drones in the mid-2010’s stimulated Türkiye to start a program on arming the TB2 and the Anka. These efforts were concluded successfully, and both platforms started armed reconnaissance missions as early as 2015. This experience also reinforced the determination of Turkish decision -makers as well as general public opinion regarding the importance of achieving self-sufficiency in drone technology.

Beginning in 2016, the deployment of the Anka and the TB2 drones in counterterrorism operations had yielded rapid results, including the neutralization of a large number of terrorist groups as well as destruction of supply depots, hideouts and camps within Türkiye. The drones not only provided persistent intelligence and surveillance coverage over large swaths of rural areas but also eliminated time-critical targets, which is essential in countering hit-and-run and ambush style attacks. Cross-border operations in Syria and Northern Iraq were also largely supported by the tactical and operational level intelligence provided by the Anka and the TB2 drones. The most prominent and well documented use of drones in Türkiye’s cross -border operations is the Operation Peace Spring in early 2020, in which many Syrian regime armed forces’ armored vehicles, artillery, and air defense systems were destroyed by armed drones. In the same year, the TB2 played crucial roles in the conflicts in Libya and in the Second Karabakh War. The TB2 has also been on the frontline during the Russo-Ukrainian War, taking out many Russian air defense and mechanized units.

This impressive operational experience has been reflected in the export success of the Turkish drones. Türkiye’s first drone customer is Qatar, which ordered Bayraktar Mini drones in 2012, followed by an order for six Bayraktar TB2’s in 2018. Ukraine followed in 2019 with consecutive orders for the air force and navy. A breakthrough for both Turkish drones and the Turkish defense sector in general came in 2021, when in May 2021 Poland ordered Bayraktar TB2s. This is the first time that Türkiye has sold drones to a NATO or EU country. Between 2021 and 2022, reports of orders and deliveries from many countries followed, such as Tunisia and Kazakhstan for the Anka, Turkmenistan, Niger, Morocco, and Pakistan for the TB2.

Türkiye’s drone exports have shown that the sale of an armed drone is not a simple transaction between two governments but a multi-layered military-industrial and military-political relationship.

First, the export of a drone as a product establishes a military-industrial link between the seller and buyer countries. The drone is an aircraft , equipped with sophisticated sensors and systems. In fact, the air vehicle is only part of the whole system, which incorporates other elements such as ground control stations, communications systems, and support systems. The systems on board the air vehicle include electro-optical cameras equipped with laser rangefinders, data-link systems, auto-pilot and navigation systems, as well as precision guided munitions, if the drone is armed. Mission planning, flight operations, control of sensors, processing and analyzing the data collected by the sensors require proper training and expertise. Additionally, maintenance and repair of the whole system as well as sub-systems such as sensors and communication equipment necessitate training and preparation of maintenance personnel. Therefore, the export of a drone implies the transfer of knowledge and technology necessary to conduct successful operation of the system.

Second, the recipient country needs to integrate the drone purchased into its armed forces’ doctrines, training, logistics, and operations. In many cases, especially if the recipient country lacks the expertise and infrastructure with regard to the drone acquired, such an integration process requires cooperation between the recipient country and the seller country. In other words, the export of an armed drone usually incorporates the export of know-how, doctrines and tactics for successfully operating the drone. Türkiye has shown it can successfully manage such cooperation with many of its drone customers, such as Libya, Azerbaijan and Ukraine.

Third, as seen in the cases of Ukraine, the UAE, and Kazakhstan, an increasing number of countries have started showing interest in importing the technology of drones through local production and establishing human resources. The transfer of design and production know-how and testing of such sophisticated systems as drones requires forming a robust link of tacit knowledge transfer. To manage such a collaboration successfully, the recipient country must have adequate experience and infrastructure in terms of human capital and industrial ecosystem. As a result, the establishment of such a factory facilitates a long-term industrial and, inevitably, political relationship between the two countries.

Lastly, as a result of the three factors mentioned above, industrial and military cooperation between the two countries act as a leverage in the enhancement of their political relationship. Depending on the nature of the transaction, such as the presence of conditions and restrictions on the use and deployment of the product, there can be an asymmetry in the mentioned relationship. Türkiye has experienced the adverse effects of such restrictions, sanctions, and embargoes on its national defense as well as its defense industry. Unlike its Western counterparts, Türkiye has not been imposing strict conditions or political limitations on arms transfers, which enables it to form a kind of symmetric relationship. As a result, the transfer of the product as well as military-industrial knowledge forms the backbone of a potentially long- lasting political relationship, which may be beneficial for both parties. The drones, as well as other sophisticated platforms such as helicopters, warships, and aircraft, are therefore valuable assets in Türkiye’s foreign policy. 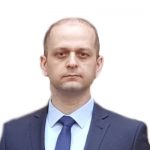