From the decision of the British Empire to establish coal stations to support the British navy against the Ukraine invasion of Russia, the energy issue affects the political decisions of countries at different levels. The fact that Türkiye and Israel have coasts on the Mediterranean, rich in hydrocarbon reserves, prevents both Türkiye and Israel from pursuing a policy independent of the energy issue. From the perspective of Türkiye, this country has a considerable infrastructure in energy transfer from the east to the west and strives to increase its energy supply. From the perspective of Israel, there are many aspects of the energy policy followed. From the perspective of Israel, the ultimate goal of the energy policy followed was to transport the surplus energy reserves discovered in the Mediterranean to different parts of the world. In recent years, Israeli administration has followed policies that will make it possible. As a result of this policy, during the period when relations with Türkiye were problematic, the Israeli government signed agreements in the field of energy with countries on the Mediterranean coast, such as Greece, the Greek Cypriot Administration, Italy, and Egypt, through the Eastern Mediterranean Gas Forum (EMGF) and EastMed projects. Although different motivations are mentioned in the normalization of relations between Türkiye and Israel it is obvious that the energy issue is the most important among them. For the Israeli administration, the delivery of existing and potential reserves to Europe is considered as a factor that will increase the strategic value of the country. The announcement by the US authorities to the related actors in January 2022 to withdraw their support from the EastMed project in order to promote environmental projects can also be considered as the US did not want both countries with special positions in NATO to have new tensions in the Mediterranean basin. In the long run, not only the US butalso the Israeli administration are aware of the Türkiye’s experience in energy transfer and its importance in the current equation in the Eastern Mediterranean. Considering the reality in the field, it is difficult to realize the EastMed project’s route after an agreement was signed between Türkiye and Libya’s then- Government of National Accord. With this background, the leaders are in search of stability in political relations as the natural gas pipeline project that will transport Israeli gas to Europe via Türkiye needs to advance on solid ground in the political relations between the two countries.

After Herzog’s visit, relations between the two countries seem to have already left behind important tests. One of them happened after the raid of fanatical Jewish groups on Al-Aqsa Mosque in Ramadan in 2022, injuring more than 400 Palestinians and killing 18 people, including children. After this development, Turkish President Erdogan called his counterpart Herzog and stated that “it is essential not to allow provocations and threats against the status and spirituality of Al-Aqsa Mosque”. After this call, Israel barred Jewish groups from Al-Aqsa Mosque for the remaining 10 days of Ramadan in a bid to halt the violence. Secondly, it is seen that the long-standing tension between Israel and Iran has been spreading to other countries in the region. With the start of the summer months, the Israeli administration declared that Iran is planning revenge attacks on Israeli tourists and businessmen. Consequently, the Israeli National Security Council raised the warning level for travelling to Istanbul to its highest level, putting it alongside Yemen and Afghanistan as places that Israelis may not visit. It was also expected that Israeli citizens going to Türkiye, especially for touristic purposes, would heed the instructions of the Israeli security units. Despite all warnings from Israeli authorities, visits from Israel to Türkiye continued and it was announced that the planned assassinations were prevented through joint operations carried out by both Turkish and Israeli security units.

All this background indicates that both countries are willing to develop relations on different levels. The Türkiye-Israel gas partnership in the Eastern Mediterranean, which constitutes the most fundamental issue, has become more vibrant with the recent rapprochement between the two countries. But it has emerged as a necessity to approximate different regional approaches to overcome the political difficulties. After the Russia-Ukraine War, it is obvious that Europe needs to secure gas supply in the long term, as the discussions continue regarding how Russia will cut its annual natural gas transports of 155 billion cubic meters. Although energy is not the most common point of the dialogue between the two countries in the current situation, they seem to be aware of the necessity of creating a more positive political atmosphere in order to strengthen such an energy dialogue. The energy dialogue between the two countries, first initiated in 2016, is faced with a different connotation at the point reached today. In the first statement made by the leaders aware of this conjuncture, both countries declared that they needed each other in both regional and bilateral relations, although they had difficult issues to resolve. All this background increases the expectation that both countries will focus more on energy in the future. Turkish officials emphasizing the importance of addressing the Eastern Mediterranean issue on a de jura basis at every opportunity, will endeavor to create a more comprehensive framework in the Eastern Mediterranean in the next period. The most important question here is how Israel, which has a rather conservative approach to most regional developments, will react. 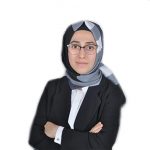 Seher Bulut graduated from the Department Software Engineering at the Vienna University of Technology in 2009 and her master's degree in the Department of Information Management from the same university. She completed her Ph.D. degree with a dissertation titled "Turkey and Israel's foreign policy after 2000: A role theoretical comparison" in the Department of International Relations at Selçuk University in 2018. Between 2010 and 2016, Dr. Bulut conducted research on her dissertation topic in the Departments of Political Science and Sociology at the University of Münster in Germany. Dr. Bulut's interests in research include Turkish foreign policy, Israeli foreign policy, developments and policies regarding the Syrian crisis, the Turkish diaspora and integration in Europe, etc. Bulut is currently working as a lecturer at Ankara Medipol University.