formally concluded with the most discussed election process in Israeli politics. The country’s Parliament gave its vote of confidence to a shaky coalition government comprised of left-wing and right-wing components. The Knesset approved the fresh government by just a single vote 60 to 59, with one abstention.

Subsequently, Naftali Bennett’s supporters applauded the announcement of his election, after which he exchanged a brief handshake with Netanyahu before walking to the rostrum at the front of the parliamentary chamber (the Knesset) and taking the oath of office as Prime Minister. The new government is an amalgamation of various diverging ideologies, despite their opposing view, they are united on a factor, that is, disagreements with former Prime Minister Netanyahu.

The plan hashed out in the days before the vote on Sunday night will see the new government focus on internal issues and righting the economy after the COVID-19 pandemic. The coalition spans from the far-left to the far-right and includes, for the first time, a small party that represents the Palestinian citizens of Israel, who account for 21 percent of the country’s population. Analysts say it is expected to focus mostly on economic and social issues rather than risk exposing internal rifts by addressing major diplomatic issues such as the Israeli-Palestinian conflict.

Palestinian leaders have dismissed the change in government, saying new the Israeli Prime Minister will likely pursue the same right-wing agenda as his predecessor. The Palestinian Ministry of Foreign Affairs said it was “inaccurate” to call Bennett’s coalition government a “government of change” unless there was a significant shift in its position on the Palestinian right to self-determination and establishing an independent Palestinian state with East Jerusalem as its capital.

A former Netanyahu ally, Bennett has defended his decision to join the new coalition to save the country from a period of political turmoil that could otherwise see the fifth election in just over two years. He served in the previous Netanyahu-led governments, most recently as Defense Minister. Bennett is now set to become the coalition’s Prime Minister for two years, before rotating with Lapid. The seven seats his right-wing Yamina party won in the March elections secured his place as ‘kingmaker’ in the coalition.

Bennett is said to be opposed to Palestinian independence and strongly supports illegal Jewish settlements in the occupied West Bank and occupied East Jerusalem, which the Palestinians and much of the international community see as a significant obstacle to peace. The Israeli leader has in the past called for the annexation of the occupied West Bank, but analysts believe that plan seems unfeasible, given his new centrist and leftist partners.

Benny Gantz, another key figure in the new coalition government, was the 20th Chief of General Staff before he became a centrist opponent of Netanyahu. After battling three elections to a near dead-heat with the longest-serving Israeli Prime Minister, he joined his coalition which later fell apart leading to the March election.

Gantz has sought a similar anti-Netanyahu coalition during the April 2019 election, when he joined Yair Lapid’s Yesh Atid to form the Kahol Lavan, or Blue and White party, citing their “national responsibility” as a justification.

Yair Lapid, a secular centrist, was given the task of forming a government in the past month after Netanyahu failed to put together his own coalition following elections in March. His party, Yesh Atid holds 17 seats, making it the largest in the coalition.

Lapid served under Netanyahu from 2013 as Israel’s Finance Minister but joined the opposition in 2015.

Other key figures include Avigdor Lieberman, Merav Michaeli, Gideon Sa’ar, and Mansour Abbas, who made history on Sunday night by becoming the first Arab politician in Israel to join the government, taking the position of Deputy Minister of Arab Affairs in the Prime Minister’s office. He is the leader of the small Arab party known by its Hebrew acronym, Ra’am, with four seats. Ra’am is the political wing of the southern branch of Israel’s Islamic Movement, which was established in 1971 and traces its origins to the Muslim Brotherhood.

With the first test of the coalition accomplished, the alliance brings together religious, secular, nationalist, leftist, centrist and an Arab party, which now have to prove they can overcome their internal contradictions and differences to govern Israel. 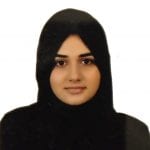 Maryam Khan is Ph.D. fellow at Istanbul Sabahattin Zaim University, in the School of Political Science and International Relations. Her major is on international disputes and the role of major powers in the dispute. Previously, Ms. Khan worked with the US Embassy's Lincoln Corner partneship as a content writer. She also served as an associate researcher in a think-tank in Pakistan for 2 years on the China research desk.