Yair Lapid, the new foreign minister of Israel under Naftali Bennett’s coalition government deposing Benjamin Netanyahu, arrived in Abu Dhabi on Tuesday for a two-day visit, marking the first formal visit by an Israeli minister to the Gulf state since relations were normalized in September 2020. Several Israeli ministers have previously visited the UAE, but Lapid’s visit is the highest-ranking visit to date.

As stressed by Bloomberg, the minister’s arrival happened with a small welcome. International media’s access to the arrival was kept limited. Even the UAE’s Foreign Minister, Sheikh Abdullah bin Zayed Al-Nahyan, did not welcome Yair Lapid at the airport. They met after the opening ceremony of the embassy. This is interpreted as the UAE’s intention to keep this visit relatively low-level due to the recent conflict between Israel and the Palestinians that erupted in May. This conflict has strained relations between the UAE and Israel and indicated the limitations of normalization.

During his historic trip to Abu Dhabi, Yair Lapid attended the opening of Israel’s first embassy in the Gulf on Tuesday by declaring this event as a “historical moment”. It was stated by the Israeli foreign ministry spokesman, Lior Haiat, that the location of the embassy in Abu Dhabi is temporary and Israel is planning to open a bigger one.

“Israel wants peace with its neighbors. We aren’t going anywhere. The Middle East is our home. We’re here to stay. We call on all the countries in the region to recognize that. And to come to talk with us,” Lapid stated at the ceremony.

On Wednesday, Lapid also inaugurated Israel’s embassy in Dubai and visited the Israeli pavilion at Expo 2020 Dubai. During the visit, an agreement on economic cooperation was signed between the two countries.

Only three diplomats and the head of mission, Eitan Na’eh, who has yet to be confirmed as a full ambassador, remain at Israel’s embassy in Abu Dhabi. Similarly, the consulate in Dubai is housed in a temporary place, according to Al Jazeera.

Since March 2021, the UAE Ambassador to Israel, Mohammed Al-Khaja, has been stationed in Tel Aviv. Also, at the end of May, the UAE Embassy in Israel, which is located in the Tel Aviv Stock Exchange building, was officially opened as well.

The opening was praised as “historic” by US Secretary of State Antony Blinken and, in a statement; he expressed the US’ support to improve ties between Israel and the UAE, and evaluated the visit and opening as “significant for Israel, the UAE, and the broader region”.

Under the Abraham Accords, which were brokered by former US President Donald Trump, the UAE, Bahrain, Sudan, and Morocco began normalizing relations with Israel last year. After this deal, the relations between the UAE and Israel have accelerated and improved in many aspects, ranging from security, economic, and cultural areas. They’ve started direct flights, signed a taxation deal, and emphasized the possibilities for security, investment, and technological innovation cooperation. Despite these developments, normalization has not brought a solution or appeasement to the Israel-Palestine conflict. This has become more evident in the latest conflict.

In fact, the highest level of the visit by Israel to the UAE was planned by Israel’s then-prime minister, Benjamin Netanyahu, in March. However, this plan was canceled due to an airspace dispute between Jordan and Israel, according to an official statement from Israel. Netanyahu also attempted to capitalize on the normalization agreement with the UAE by using it as an instrument in the election campaign. The UAE disturbed these efforts of Netanyahu and suspended a summit that would take place in April in Abu Dhabi to gather officials from Arab states that have normalized their relations with Israel. 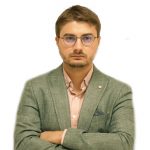