Sino-US strategic competition has been intensifying in three areas: technology, Asian maritime control, and the rule of the game in global political economy. Afghanistan, a less developed, landlocked country on the periphery of the global economy, is not at the core of Sino-US rivalry.

However, the Taliban’s rise to power has affected Sino-US relations in several ways. The US withdrawal from Afghanistan fails one of the most important projects to promote democracy in China’s neighborhood as well as globally. China has consistently opposed the promotion of democracy, color revolutions, and regime change by the United States, and has supported Central Asian governments in the face of these developments.

The two countries are increasingly involved in an ideological rivalry. The US withdrawal has damaged its international prestige, and China is going to benefit from that. The United States has damaged China’s prestige by accusing China of exploiting developing countries within the framework of its Belt and Road Initiative (BRI), the Xinjiang genocide, the repression of Hong Kongese citizens, and the origin of COVID-19. Chinese media interpreted the US’ chaotic withdrawal from Afghanistan and its defeat against the Taliban as a sign of its hegemony’s decline and unreliability.

From a geopolitical perspective, the withdrawal of US troops from Afghanistan could have a dual effect on China. On the one hand, the US military presence on China’s western border begins to dissipate. The influence of Pakistan, China’s most important ally in Afghanistan, has increased, and India, China’s most important rival in South Asia, has closed its embassy in Kabul. With the withdrawal of the United States, China’s freedom of action in Afghanistan has increased. In coordination with Pakistan, China can play a crucial role in shaping the new state-building process in Afghanistan. In addition, the Taliban government could pave the way for the formation of a China-Pakistan-Afghanistan geoeconomic triangle. In this way, Afghanistan, along with Pakistan, can become an essential partner in the BRI in South Asia. As a result, Chinese companies can invest in Afghanistan’s mines.

The US withdrawal has ultimately paved the way for China’s growing geopolitical and geoeconomic influence in Afghanistan.

On the other hand, with the withdrawal of the United States from Afghanistan, the longest and one of the costliest wars in American history came to an end. The United States will have more capabilities and resources to focus on the strategic competition it has with China in maritime Asia.

In addition, the formation and maintenance of stability in post-US Afghanistan face serious challenges. Forming an inclusive government will be challenging given the Taliban have taken over the country. The Taliban’s hegemony could also exacerbate ethnic and religious conflicts in the country. There is a possibility of another civil war in Afghanistan. Civil war or instability in Afghanistan could spread insecurity to Central Asia, Pakistan, and Xinjiang. In addition, the Taliban may pave the way for the presence of terrorist groups on Afghan soil and pose a complex threat to Xinjiang and the Belt and Road Initiative. The Taliban have promised Beijing that Afghanistan will not be a safe haven for terrorist groups, but there are still doubts about their ability and willingness to confront terrorist groups. Even Pakistan, the Taliban’s main ally, is worried about the group’s links to Tehreek-e-Taliban Pakistan.

With the sharp decline in strategic trust between Beijing and Washington, China is even concerned with US exploitation of the Taliban and other terrorist groups in Afghanistan to destabilize Xinjiang.

According to Sun Tzu, “The greatest victory is that which requires no battle.” The US withdrawal from Afghanistan was a victory without a battle for China. The US withdrawal was a geopolitical and ideological victory for Beijing. But, the US military withdrawal from Afghanistan does not mean the end of US influence in the crisis. On the other hand, a deep presence in Afghanistan and the replacement of the United States is not on Beijing’s strategic plan. A level of cooperation and rivalry between the two powers will continue in Afghanistan, but the country will not be at the center of their highly competitive and complex relations. 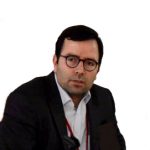 Mohsen Shariatinia is an Assistant Professor of International Relations at the National University of Iran (Shahid Beheshti) and is a political economy fellow at the Institute for Trade Studies, in Tehran. His research and teaching work is mainly focused on Iran’s Asia policy and evolving ties between East and West Asia.

Amid a boycott by influential Shia cleric Muqtada al-Sadr, leaders of Iraqi political parties launched a

Egyptian President Abdel Fattah el-Sisi’s office stated on Wednesday that, more than a year before the

On Monday, a Turkish military group left for the United States to discuss the sale of