For a brief, heady moment in the early 1990s, the world appeared to be on the cusp of a great convergence. Having struggled through a century of World Wars and Cold Wars, the collapse of the European communism seemed to herald an era in which all countries would aspire to liberal political and economic liberalism, and during which the better-off would help the slow and unsteady to reach the goal. In the U.S. this was referred to by some as The End of History, with an expectation that the U.S. could and would lead a community of converging nation-states within a globalized liberal world order for the foreseeable future.

Samuel Huntington had the temerity to suggest in reply that a balance of power against U.S. dominance might emerge along “civilizational” lines and over the ensuing three decades a combination of resurgent China and Russia, anti-globalist movements, religious nationalism, insurgencies against U.S. military interventions, and the rise of autocratic democratic hybrid governments proved him more or less correct. Parag Hanna has recently argued that the world has not converged in some linear or teleological fashion, but has returned instead to an explicitly geopolitical multipolarity. As a consequence, the United States must compete and navigate within this world without the assumption of being a trusted leader.

In a sense, the first post-Cold War era has come to an end. If the primary question in global politics from 1991-2018 was “what will America impose and how should we respond,” the question for Americans and others this decade is “how do we manage a system without a single dominant player.”  Presidents Obama and Trump were both elected on platforms of reducing U.S. military and economic commitments largesse abroad; the American people have confirmed an appetite to retrench and navigate, rather than directly manage the flow of world events. Washington recognized the return of the Great Power competition with its 2017 National Security Strategy, and NATO has essentially done the same with its new Strategic Concept. NATO has recognized it after the U.S. did in 2017 with its National Security Strategy. While Beltway pundits will still comment as if the United States need merely speak authoritatively to achieve foreign policy goals, the truth is that even the world’s leading power must carefully prioritize, compromise, and collaborate to solve enduring challenges, carefully balancing goals and resources all the while.

Alliances take on new value in an increasingly competitive environment, and the Turkish-U.S. relationship retains great value in the calculation of goals and resources. Turkey has economic, military, and diplomatic resources that can complement U.S. interests, with due coordination, an eye for opportunities, and the patience to work through mutual grievances. Turkey has demonstrated value in balancing against Russia in Libya, Syria, and the Balkans, and against Iran in Iraq. Turkish commercial and strategic ties in Africa and Central Asia militate against Chinese hegemony, as well. Turkey does so for its own reasons, and not on U.S. cue, but its strategic independence in many cases comports with U.S. interests. Yet the greatest value of Turkey for the U.S. interest in a stable international order lies not only in balancing Great Power competitors but also in balancing Great Power apathy.

Simply put, Ankara cares enough about certain dysfunctional areas of the globe to commit its people, businesses, military trainers, and aid budget where the U.S., and much of the West, cannot or will not make major commitments. The shortlist includes Afghanistan, Somalia, Libya, and Syria, but there are others. In this second post-Cold War era, destabilized societies, vulnerable populations, and fractured states suffer from being too broken for the West to easily or quickly fix, as well as politically unpalatable due to ideological considerations or donor fatigue. Unlike the West, though, Turkey seems less reticent to engage in such places. There may be some altruism involved, but more likely the combination of proximity, cultural affinities, and economic opportunities make Turkey a more suitable, and willing, big brother. Unlike China, Russia, or Iran, Turkey’s approach focuses more on building civilian and military capacity and institutions, less on predatory aid practices that subvert state authority.

In Afghanistan, Turkey has provided a diverse array of support, including economic, developmental, and military. Turkish companies, diplomats, and soldiers are likely to remain in Afghanistan, either as a residual NATO presence or on a preferred partner basis. In Somalia, Turkey has been training the nuclear power of a national army for Somalia in recent years, and its developmental assistance model has been praised for its effectiveness at a reasonable cost. In Libya, Turkey not only preserved the UN-recognized government in Tripoli from Russian-backed mercenary forces, but it has also committed to building a Libyan national army and rebuilding an effective national economy; absent Turkey’s intervention on behalf of Tripoli, the successful resumption of UN-brokered national reconciliation talks would have been impossible. Turkish efforts to stabilize northern Syria remain controversial in the West because they are intertwined with Turkish military campaigns against the PKK-affiliated YPG and an array of pro-Assad forces, but what is beyond debate is the extensive level of support, services, and relief assistance they have provided to Syrians there and in Turkey over the past decade. Western relief and developmental efforts dramatically decrease in effectiveness under conditions of insecurity, military conflict, and political strife, but in such places, the need for stabilization assistance is the most acute. For the West, a country like Turkey, with the muscle and the risk-tolerance to do such work, is an indispensable (if complicated) partner.

The dilemma for the West is that Turkish stabilization efforts are usually conducted from national rather than multilateral or altruistic motives. Turkish activism in Africa may discomfit France in Africa, the United States in Syria, the UAE in Libya, Pakistan in Afghanistan. Yet if the goal is a well-maintained global order and the effect achieved is greater institutionalization in troubled countries, cui bono should not be a criterion for support. The West, and in particular the United States, benefits when “basket-case” countries stop bleeding and start rebuilding. Turkey has shown a taste for that work. An enhanced program of aid and stabilization for such countries with Turkish lead and multilateral support should be a major plank in the emerging U.S. approach to the near era of Great Power Competition. 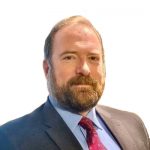 Rich Outzen is a senior U.S. Army advisor and a member of the State Department Policy Planning Staff. He has previously served as an instructor at the National Defense University, where he taught courses on strategy and the Middle East. He specializes in Middle Eastern political, military, and security affairs, and in the foreign policy of the US.

Between January 17 and 20, US Assistant Secretary Molly Phee and the newly designated US Special

To bolster the value of the Lebanese pound, Lebanon’s central bank said on Friday that it

On his first official visit to China, Iranian Foreign Minister Hossein Amir-Abdollahian announced the implementation of

The year 2022 is a year of celebrations in Algeria, as the country will be celebrating

According to the Kremlin, Russian President Vladimir Putin and Israeli Prime Minister Naftali Bennett spoke over