As the world prepares to revive its economy throughout the crisis of the COVID-19 pandemic, the world’s energy shortages have transformed into another crisis to stave off economic growth. The reason for this increase was the reopening of factories and the need for more coal. But supply was lower than market demand. This has cast doubt on previous estimates of economic growth in China. Meanwhile, Iran’s seventh round of talks with the West on Iran’s nuclear program is scheduled to begin in late November. Given Iran’s vast oil and gas resources, the question is whether Iran can return after a possible agreement with the West and reduce the scope of the energy crisis worldwide. And can Iran use this tactic in future negotiations?

China’s economy is dependent on energy imports, and the energy crisis has had a direct impact on energy security and economic growth. The recent crisis has led to the closure of factories in China. This has a negative impact on the global market because the world relies on Chinese products to supply many of its consumer goods. The biggest problem with the energy crisis in China is in the economic hubs of Heilongjiang, Jilin, and Liaoning in northeast China. Shopkeepers are said to have been forced to light candles in the middle of a recent three-day blackout that disrupted mobile networks. Another 16 provinces are thought to have energy quotas due to supply shortages. This is the only way to prevent a complete blackout. To address the energy shortages in recent weeks across China and the problems that have plagued millions of homes and businesses, the government has ordered coal mines to increase production.

Changing China’s position is one of the most important differences in the new round of talks with the first agreement. Among the powers, China has become a key player after the United States. China’s action will have more significant implications for this round of talks than America’s. Unlike Russia, China is quiet, but it has a lot of leverage.

Some experts believe that if tensions emerge in the energy market, some countries, such as India, will inevitably be drawn to Iran because of inflationary pressures, and would even like the nuclear deal to be reached sooner and negotiations to resume. Iran can be a safety valve for the problems that have arisen in the energy sector of the world. It is even possible that the West will have an agreement only with its allies in the field of energy and oil.

As OPEC+ maintains firm control over the oil market, it would not be wrong to claim that their most recent decision to conform to the production policy that was formerly agreed upon is a purposeful market management strategy. Based on the agreement made in July, OPEC+ agreed to increase its oil production by only 400,000 barrels per day. However, US President Joe Biden demanded higher amounts of oil be produced and brought to the market so that energy prices could be curbed. Otherwise, Biden claimed, the crude from the US strategic reserves would be released. The US has more than 600 million barrels of petroleum stored underground at four locations on the Gulf of Mexico coast. These are the world’s largest Strategic Petroleum Reserves.

On the sidelines of the recent OPEC meeting, Iranian Oil Minister Javad Oji said that Iran is ready to help resolve the global energy crisis as soon as possible provided sanctions are lifted on Iran. The oil minister said the jump in fuel prices in Europe and the United States and the shortage of fuel at UK supply points were just some of the world’s concerns about energy supply. It has caused real discontent and protests in these countries. The message given by Russia’s deputy energy minister that there was no urgency in responding to Biden’s demands for higher supplies of crude is in line with that of Saudi Arabia and the United Arab Emirates, two significant members of the OPEC+ group. Holding concerns in relation to high gasoline prices, Biden has been asking the OPEC+ group for an increase in crude supply and a decrease in pump prices.

Russia plays an important role in the energy market. The recent energy crisis has allowed Russia to continue to use energy exports to achieve economic, security, and political goals in Europe. Iran’s return to the oil market is not in the interest of major oil-producing countries. At their recent meeting, OPEC+ member states stressed the gradual increase in member countries’ production. Russia, like other oil-producing countries, believes that contrary to US demand, OPEC+ should not increase production, as demand in the market is likely to decline early next year, leading to lower oil prices. Russia sees the energy crisis as a good opportunity to start gas exports to Europe via the Stream 2 pipeline. Russia is ready to help Europe overcome the energy crisis, but Europe must understand reciprocity.

During Çavuşoğlu’s recent visit to Tehran, the two countries expressed their desire to sign a roadmap for long-term cooperation between the two countries, and this cooperation document is expected to be signed by the Turkish and Iranian Presidents during President Recep Tayyip Erdogan’s visit to Iran by the end of the year. It is expected that due to the possibility of Iran’s removal from the Turkish gas market in the roadmap for long-term cooperation, special attention will be paid to the extension of the current contract for the export of Iranian gas to Turkey.

Iran’s energy industry is currently facing many problems; continued sanctions and high domestic consumption of natural gas have raised concerns about the government’s inability to supply the required gas in the colder months of the year. This will mean a shortage of gas in the national grid and an increase in power outages in the coming months. Given the above conditions, it should be expected that the amount of gas exported to Turkey and Iraq, which are the main destinations for Iranian gas exports, will decrease in the coming month. Even if the new nuclear deal, as well as the sanctions against Iran’s energy industry, are lifted, and Iran can absorb the technology and financial resources needed to increase natural gas production capacity, it will still face many challenges in the energy sector in the short term.

If the problem of pressure drop in the South Pars field, where most of Iran’s natural gas is supplied, is not resolved and high domestic consumption is not managed, Iran will not only face a serious crisis in the energy sector but also due to an inability to implement contracts. Gas will lose the regional gas market. Given Iran’s economic situation, it looks like the nuclear deal will be signed sooner or later. Although, in recent months, Iran has not pursued a clear policy on nuclear talks. Iran has millions of barrels of oil stored in tankers off the coasts of South and East Asia. Iran’s energy, and especially its natural gas, will not have much potential to solve the global energy crisis, especially in Europe, and the energy crisis can not be used as a weapon by Iran to gain more concessions in the nuclear talks. 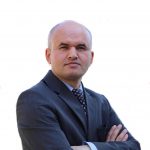 Umud Shokri is a Washington-based Senior Foreign Policy and Energy Geopolitics advisor. Author of “US Energy Diplomacy in the Caspian Sea Basin: Changing Trends Since 2001”, he served as a Visiting Research Scholar in the Center for Energy Science and Policy (CESP) and the Schar, School of Policy and Government at George Mason University and advisor at Gulf State Analytics (GSA). In this role, he oversees work on managing the geopolitics of energy and climate change, ensuring a just transition for workers and communities, and equipping US foreign policy and the multilateral system to deal with climate change and the energy transition.

Abdennour Toumi: With the ongoing Russia-Ukraine war, could you tell us how the relations between Moscow

Member of European Parliament banned by Israel from visiting Palestine

Manuel Pineda, a Spanish left-wing politician from the United Left coalition who is a member of

Talks with senior officials in Palestine, Israel to be held by Turkish FM

According to an official statement on Monday, Turkey’s foreign minister is scheduled to go on a

The chief of staff of Israeli Prime Minister Naftali Bennett has resigned, marking the second departure

Mediation to restore ties with Morocco denied by Algeria

In his first visit to the Gulf state since he assumed power last year, Iranian President

As his ruling coalition became a minority in the Knesset, Israeli Prime Minister Naftali Bennett said