When running for the presidency of the United States in 2020, Joe Biden criticized Donald Trump for leaving the Joint Comprehensive Plan of Action (JCPOA), which had resolved the Iran nuclear dispute and guaranteed that Iran would be unable to produce nuclear weapons.

He, and other Democrats, argued that Trump’s withdrawal from the JCPOA had caused Iran to go back on some of its commitments under the JCPOA, by increasing the level of its enriched uranium above the 3 percent limit allowed under the agreement. In case he became president, Joe Biden, although not saying it unequivocally, indicated he would rejoin the JCPOA.

Nine months into Biden’s presidency, the US has not rejoined the JCPOA and its prospects for doing so have greatly dimmed. Meanwhile, in Tehran, a hardline government has assumed power. This government probably will be less open to compromise and to accepting additional US demands.

Why Biden did not rejoin the JCPOA?

The reasons for Biden’s refusal to rejoin the JCPOA and to lift economic sanctions on Iran include the following:

First, from the beginning, the JCPOA was not an end in itself. It was to be a prelude to further talks with Iran and obtaining further concessions from Tehran regarding its missile program and its regional policies, notably its support for states and movements opposed to Israel. Moreover, neither the US nor Europe lived up to their commitments under the JCPOA. No sooner, some nuclear-related sanctions on Iran were lifted and new ones were imposed under different pretexts, such as the violations of human rights and support for terrorism;

Second, Joe Biden was never enthusiastic about the JCPOA, nor where his advisers, including Secretary of State Antony Blinken;

The third reason for Biden’s refusal is Israel’s opposition. From the beginning, Israel was against any deal with Iran, which could lead to the lifting of sanctions and potentially to the normalization of US-Iran relations. Israel, as well as Saudi Arabia and the UAE, tried to prevent such an agreement back in 2015.

Israel’s and its American supporters’ activities were the principal reason why the Obama administration did not live up to its commitments under the JCPOA. Later, Benjamin Netanyahu boasted that he had convinced Donald Trump to leave the JCPOA.

Once Biden assumed the presidency, the Democrats’ tone about the JCPOA changed. They began to talk of a new and strengthened agreement to replace the JCPOA. This new agreement is expected to cover Iran’s missile program and its regional policies.

Although it was Washington that had left the JCPOA, the US insisted that Iran must first return to the JCPOA. Iran responded that it never left the deal and that it will reverse the measures it had taken, such as increasing the level of the enriched uranium, once Washington rejoined the JCPOA and lifted all sanctions imposed.

Tehran also asked for guarantees that a future US administration would not go back on its word once again. The issue of who goes first could have been solved if both sides implemented their commitments simultaneously.

Meanwhile, Israel resumed its lobbying for a harder US approach towards Iran. Israel’s new prime minister, Naftali Bennett, warned that if the world did not stop Iran, Israel will, indicating that Israel could attack Iran unilaterally should circumstances demand such action.

After meeting President Biden, Bennett talked about “killing Iran with a thousand cuts.” President Biden responded that diplomacy should be the first option and promised that Iran would not be allowed to develop nuclear weapons.

While talks between Iran and the 5+1 were ongoing in Vienna on the revival of the JCPOA, Iran’s politics took a clear hardline turn.

From the beginning, Iranian hardliners were opposed to the JCPOA. However, the government of Hassan Rouhani succeeded in getting the Supreme Leader’s agreement for a nuclear deal, which would end economic sanctions and allow foreign investment in Iran.

The Rouhani government had generated unreasonable expectations about the JCPOA’s economic benefits. When these benefits did not materialize, especially after Trump left the deal, hardliners received a shot in the arm.

Nevertheless, Iran waited for the end of the Trump presidency and, believing in Biden’s statements critical of Trump’s policy, hoped for the US return to the JCPOA. However, it soon became evident that Biden had no intention of reviving the original JCPOA and wanted to get more concessions from Iran. Biden’s unwillingness to rejoin the JCPOA undermined the moderates and guaranteed the hardliners’ victory in the parliamentary and presidential elections.

The change of government in Iran resulted in the suspension of the Vienna talks. The US argued that, before talks can resume, the Iranian government must become settled, meanwhile Tehran said that it would return to talks once intra-government consultations were completed.

Meanwhile, both sides have indicated that talks cannot go on forever. While declaring its readiness for talks, Tehran has said that it is against talks for the sake of holding talks. Rather, it wants result-oriented talks, which safeguard Iran’s interests.

What happens if the JCPOA is not revived: Options for the US and Iran?

In case the talks fail, the US has stated that it will impose new pressures on Iran. One option would be to again refer to Iran’s nuclear dossier to the UN Security Council. However, this time, China and Russia could veto any UN resolution. Another option is to continue sanctioning various Iranian individuals and organizations. In practice, however, there is nothing much left to sanction.

A third option is to blockade Iran. However, this would amount to a declaration of war. After withdrawing from Afghanistan, Americans are not ready for another war.

Washington could let Israel attack Iran unilaterally. However, Israel would never do that. If Israel attacks Iran, it would be to drag the US into a conflict.

War on Iran would be costly and, most likely, would involve other states. Iran would be unlikely to sit still and be destroyed without inflicting damage on its attackers. Tehran would retaliate against vulnerable targets in its neighborhood. Iranian retaliation would disrupt energy flows and inflict heavy damage on US allies in the Persian Gulf. Iran could activate its allies, including Hezbollah in Lebanon and some Iraqi militias. Consequently, an attack on Iran will rekindle Iraq’s civil war.

Iran could speed up its nuclear program, concluding that only nuclear weapon capabilities would deter its enemies from starving it or waging war on it.

The current stalemate witnessed in the JCPOA talks bear ominous potential for conflict in the Middle East and beyond. Thus, those who care about regional stability, as well as their own security and well-being, should use their influence in Washington and Tehran and urge them to reach a mutually acceptable agreement.

The worst approach would be a policy of beggar-thy-neighbor. No country in the region would benefit from a war on Iran. 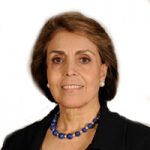 Shireen Hunter is a Research Professor at Georgetown's Walsh School of Foreign Service and is affiliated with the Prince Alwaleed Bin Talal Center for Muslim-Christian Understanding (ACMCU). From 2007 to 2014 she was an ACMCU visiting professor, having been a visiting scholar from 2005 to 2007 working on a project on reformist Islam funded by the Carnegie Corporation of New York. She previously directed the Islam Program at the Center for Strategic and International Studies, with which she had been affiliated since 1983. She has also held appointments at the Harvard Center for International Affairs and Brookings Institution. From 1965 to 1979 she was with the Iranian foreign service, serving in London, Geneva, and Tehran.

During a two-day visit to Qatar, China’s Foreign Minister and State Councillor Wang Yi is meeting

On Monday, according to the Lebanese state’s local news agency, 68 people were charged by a

Abdel Fattah al-Burhan, Chairman of Sudan’s ruling Sovereignty Council, has announced the dissolution of the transitional

Early on Monday, the Sudanese military arrested the country’s prime minister and members of the civilian

Future of Tunisia cannot be determined without unions, says UGTT