On August 28, 2021, with the initiative of Iraqi Prime Minister Mustafa al-Kadhimi, and the participation of representatives of nine countries, as well as the Secretary-General of the Arab League Ahmed Abou Gheit, the Secretary-General of the Organization of Islamic Cooperation Yousef al-Othaimeen and the Secretary-General of the Gulf Cooperation Council Nayef al-Hajraf, the Baghdad Conference for Cooperation and Partnership was held. Turkish Minister of Foreign Affairs Mevlüt Çavuşoğlu attended the conference representing Turkey, while French President Emmanuel Macron, Qatari Emir Tamim bin Hamad al-Thani, Egyptian President Abdel Fattah el-Sisi, Kuwaiti Prime Minister Sabah al-Khalid al-Sabah, Jordanian King Abdullah II, Vice President of the United Arab Emirates Sheikh Mohammed bin Rashid Al-Maktoum, Saudi Foreign Minister Faisal bin Farhan al-Saud and Iranian Foreign Minister Hossein Amir-Abdollahian were also present on behalf of their respective countries. It would not be wrong to assume that Iraq’s ability to organize such a conference, bringing together various countries in order to discuss many issues subsequent to the decision of the US to completely withdraw its combat troops from Iraq, amid instability and security problems in the country, was of great importance for Iraq’s national self-confidence and stability prior to the Iraqi parliamentary elections planned to be held on October 10, 2021.

The presence of a serious administrative crisis, which also caused the demonstrations that started in Iraq in 2019, can be observed in the country. Iraq has faced major problems such as corruption, political conflicts, armed intervention, ethnic and sectarian tensions, and terrorism, as well as a lack of public services. For this reason, a stable government could not be formed after the elections in 2018. Adil Abdul-Mahdi, who founded the post-election government, resigned after just one year in office, while Adnan al-Zurfi and Mohammed Allavi, who attempted to form a government after Adil Abdul-Mahdi’s resignation, failed to do so. However, six months after the resignation of the government, Mustafa al-Kadhimi was able to successfully form a new government. Even though al-Kadhimi established the government, holding early elections was determined as the first target of the government. In this process, while al-Kadhimi took small steps in the name of administrative reform with institutional appointments and changes in state institutions, he tried to contribute to solving the problems in the country by seeking a balance in Iraqi foreign policy. As a matter of fact, al-Kadhimi, who frequently held foreign visits as soon as he took office, started strategic dialogues with the US, entered into an intense dialogue process with neighboring countries such as Turkey, and made efforts to establish mechanisms that could bring together the countries of the region, such as Egypt and Jordan, through cooperation. At this point, it must be said that it would be appropriate to read the Baghdad Conference held on August 28 in this vein. Within this context, it is seen that Iraq is trying to position itself in the image of a mediator in the Middle East. Prior to the summit held in Baghdad, Iraq became a facilitator in talks between Saudi Arabia and Iran and brought the representatives of the two sides together in Baghdad. In fact, this emphasis was also made in the final declaration of the Baghdad Conference. It was stated that Iraq attaches importance to balance and positive cooperation in foreign relations. In his opening speech, al-Kadhimi stated, “There are many areas of partnership between us. Goodwill and cooperation are important for our region and world peace.” His statement revealed Iraq’s vision for the future.

However, holding such a conference about 45 days before the parliamentary elections in Iraq is perceived as support from the Iraqi government and al-Kadhimi. Mustafa al-Kadhimi was elected to the post of prime minister as a figure of reconciliation without any direct political support. As a result, it would not be wrong to say that al-Kadhimi is attempting to fill the void of domestic political support with international support. On the other hand, there is a concern that a security vacuum will arise in the country with the withdrawal of US combat troops from Iraq. At this point, it is believed that Iraq is trying to reduce security risks by reducing the conflicts around it with regional and international support. The Taliban example in Afghanistan also raises concerns in Iraq. As is known, Iraq still faces the risk of multiple conflicts. While the attacks of ISIS continue, on the one hand, the presence of militia forces in the country, the risk of a re-escalation of ethnic and sectarian tensions, the problems that may arise during the election and the formation of a government afterward, and the demonstrations that flare up from time to time continue to be factors of instability for Iraq. Moreover, the efforts of the PKK terrorist organization in northern Iraq to gain control of the areas by maintaining their effectiveness both in the Kurdish Regional Government of Iraq and in the regions under the control of the Iraqi central government, especially in Mosul, Sinjar, Makhmur, and Kirkuk, have the objective of fueling instability in the country. Based on this, it would not be wrong to say that Iraq is undertaking efforts to at least protect the current situation by strengthening its cooperation with the countries of the region, as well as with countries that have influence in global politics, such as France. As a matter of fact, Iraq still needs support on issues such as corruption, lack of public services, post-ISIS restructuring, and national reconciliation.

Elsewhere, the regional effects of the Baghdad Conference are also extremely important. In this context, Iraq considers its regional position as a facilitating and mediating factor. In fact, Baghdad, which played a mediating role in the negotiations between Saudi Arabia and Iran, pioneered three separate meetings between the two sides before the conference, thus becoming a dialogue-forming factor between the two influential actors in Iraq. Likewise, the Emir of Qatar and the President of Egypt came together for the first time after the Gulf Crisis in 2017, and Qatar and the United Arab Emirates, two rival countries in the Gulf, also took part on the same platform. Again, on the occasion of the Baghdad Conference, Turkey, which has problematic relations with the United Arab Emirates and Egypt, also showed attendance. In this sense, it can be said that the Baghdad Conference played a softening role in regional problems, where dialogue was achieved.

Another striking point about the conference is that France was the only country participating from outside the region. France’s intense interest in Iraq has recently drawn significant attention. In this regard, it is seen that France is trying to fill the gap left by the US. It is known that France, which is specifically trying to play a role in the field of energy, wants to actively engage energy companies, especially Total, in Iraq. In addition, it is seen that France is trying to play a role in the restructuring of Iraq and has a special interest in Mosul. Although France’s interest caused a reaction in Baghdad, it would not be wrong to say that this is a factor of discomfort in terms of competition between European countries. The fact that Macron traveled to Mosul after the Pope’s visit and met with local Christians resulted in criticism from Islamic conservatives in Iraq revolving around the idea that France is trying to form a policy over religion.

On the other hand, the increasing interest of France in Iraq in recent times can also be expressed as an effort to block Turkey’s way, given that Ankara has problematic relations with France. It is known that Turkey is trying to improve relations with Iraq and especially wants to play a role in the restructuring of Mosul. In this sense, Turkey conflicts with France in Iraq.

One of the issues discussed in terms of the Baghdad Conference is that Syria and Palestine were not invited to the conference. While this situation is seen as a deficiency by the Iraqi public, it can be said that the Iraqi central government is concerned that these countries, which have regional conflict dynamics, may harm cooperation and partnership, thus contradicting the purpose of the conference. Based on this, Iraq intends to avoid issues that may cause conflict as much as possible.

Conclusively, the Baghdad Conference can be considered a success for Iraq. While Iraq is in the midst of dealing with internal and external problems, it hosted a meeting within a regional scope and gave messages of hope for the future of the country. However, considering Iraq’s fragile structure and the upcoming elections, maintaining the stability of this positive process is the most important dynamic for the future of the country and Iraq’s regional and global position. 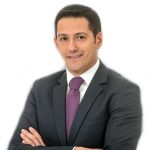 Bilgay Duman is a Middle East specialist at the Center for Middle Eastern Studies (ORSAM). He has been carrying on his doctoral study at Abant İzzet Baysal University's Department of International Relations since 2011. He wrote his postgraduate thesis on “The Turkmen and Kirkuk in post-Saddam Period”. His articles and interviews have been published in various media agencies and organizations, and in national and international press. In addition to a great number of conferences he attended, he has frequently carried out field studies in the Middle East, and also he took part in international watchdog teams and served as a UN electoral watchdog during the elections in Iraq and Afghanistan.