Turkish-Emirati relations have been witnessing a new round of normalization following an almost decade-long implementation of divergent policies in the region. The relations between the two countries were positive during the early years of the AK Party government, particularly between 2002 and 2010. During those years, Turkey and the UAE intended to improve their trade volume and developed political relations based on shared values and a common past.  In this sense, the two countries have reached a trading volume of billions of dollars.

However, starting with the Arab uprisings of 2011, Turkey and the Gulf countries had also to reflect on their relationship. In particular, Turkey and the UAE have followed quite different policies towards the Arab popular movements. While Turkey supported the changes across the region, the Emirati leadership thought that the continuation of the political status quo would serve their interests better. In the early years of the Arab uprisings, the differences between Turkish and Emirati policies were clear in various countries, particularly in Egypt. These diverging foreign policies were also seen in recent years, in the developments in Yemen and Libya. While these diverging policies created tension between the two countries, their tactical confrontations remained at the level of discourse, allowing for the possibility of potential constructive engagements.

The different approaches vis-a-vis the revolutionary process in Egypt, the political activities of the Muslim Brotherhood, the developments in post-Qaddafi Libya and the stance against the Assad regime in Syria have been the main issues that Turkey and the UAE diverged in their foreign policies. In addition to this, the developments in the Eastern Mediterranean and the competition in the Horn of Africa also contributed to the increasing tension between Ankara and Abu Dhabi. Finally, the blockade on Qatar was also a decisive moment, as Turkey strongly supported the Qatari leadership in a political embargo imposed by its neighbors, including the UAE, Saudi Arabia, and Bahrain.

From tensions to alleviation

However, due to new dynamics such as the leadership change in the United States, the negative effects of the COVID-19 pandemic both regionally and globally, and the changing regional political dynamics, both countries needed to consider resetting their relationship. Furthermore, the years-long assertive foreign policy engagements of the UAE have forced Abu Dhabi to reassess its political direction and to establish a more sustainable political approach. It can be argued that one of the most important components of this new direction is the normalization process between regional actors. This trend has started with the end of the Qatar blockade in early 2021 and now continues with the normalization of relations with Turkey. Therefore, the resolution of the Gulf crisis brought about a period in which Turkey’s relations with the Gulf countries improved.

Following the resolution of the Qatar blockade, the initial steps for rapprochement between Turkey and the UAE were observed in 2021. In mid-2021, Turkish Foreign Minister Mevlüt Çavuşoğlu and his Emirati counterpart Abdullah bin Zayed exchanged views via a phone call in April on the occasion of the month of Ramadan. This was followed by UAE National Security Advisor Tahnoun bin Zayid’s visit to Ankara and his meeting with President Recep Tayyip Erdoğan, pointing out that the political normalization in bilateral relations had begun.  An important point in the visit conducted by Tahnoun bin Zayed to Ankara was the evaluation of investment opportunities between the two countries. Both countries considered economic cooperation as one of the main aspects in improving bilateral relations. At the same time, the visit represented the highest level visit from the UAE to Turkey in a long time.

Meanwhile, the visit of the de facto leader of the UAE, Crown Prince of Abu Dhabi Mohammed bin Zayed, to Turkey and his meeting with President Recep Tayyip Erdoğan, on November 24, can be seen as a continuation of this process. Following years of tense relations between Ankara and Abu Dhabi, a visit at this scale is a clear indication of the willingness of the two countries to make a fresh start. The visit is expected to have political and economic implications for both countries.

Economically, it is stated that Mohammed bin Zayed came to Turkey as part of a plan, including an initial economic investment of $20 billion, in consultation with Tahnoun bin Zayed and the Abu Dhabi and Dubai investment funds. Particularly, various financial institutions such as the ADQ, International Holding Co, Mubadala Investment Fund, Royal Group, and G42 are expected to invest in Turkey. Considering that the UAE is one of Turkey’s largest trading partners within the Gulf Cooperation Council (GCC), it would not be surprising that the UAE would invest $20 billion, if not more. While Canal Istanbul is an important potential area for investment for Emirati funds, there are many other sectors that Abu Dhabi can consider investing in.

In addition to the economy, the visit might also have serious political outcomes. This can range from developments in Libya, the ongoing power struggle in the Mediterranean, conflicts in the Horn of Africa, particularly in Ethiopia, and the humanitarian catastrophes in Yemen and Syria. The UAE’s normalization with Israel and its increasing relations with Russia and China can also be issues touched upon during the meeting. Therefore, the visit of Mohammed bin Zayed to Turkey can be a golden opportunity for the two countries to start a new era in bilateral relations.

What could happen next?

Despite efforts for normalization between the two countries, partial disagreements continue particularly in Syria, Libya, and elsewhere. While the UAE’s changing approach towards the Assad regime may constitute an issue for Turkey, there are clear differences in Turkish and Emirati approaches toward the crisis in Libya. Therefore, both leaders must address the differences in foreign policy and come up with less conflictual foreign policy options that would serve the interest of the region in the future.

It should be also stated that there may be various opportunities in coordinating the foreign policies of Turkey and the UAE in these crisis areas. There is serious potential for cooperation for the two countries in the Mediterranean, the Horn of Africa, and the Balkans. Ankara and Abu Dhabi should find a common ground in their policy approaches and optimize their foreign policies accordingly. In addition to foreign policy, such a rapprochement would benefit the two countries in economic terms as well. Therefore, in this sense, when the situation in the global economy is taken into account, it should be stated that both countries can see each other as an opportunity. 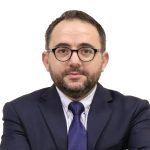