On November 9, UAE Foreign Minister, Abdullah bin Zayed (ABZ), visited the Syrian capital, Damascus, along with several Emirati officials, for the first time since 2011. During the visit, ABZ met with Bashar al-Assad and discussed “bilateral relations and ways to develop them in various fields.” The Assad regime pointed out that during the meeting, Assad stressed “the close relations between the two countries and the correct and objective positions taken by Abu Dhabi”, adding that it has always stood by the Syrian people.

While the regimes’ media outlets celebrated the visit of the Emirati official, the Emirati platforms and some pundits boosted that normalizing relations with Assad and strengthening the bonds with his regime aim to alleviate the suffering of Syrian refugees and decrease Iranian influence in Syria. In parallel with the visit, the UAE-based Al-Arabiya/Al-Hadath news channel claimed that Assad had made a decision to dismiss the head of Iran’s IRGC forces in Syria, Javad Ghaffari.

This claim was obviously tailored to serve the spin that the UAE’s relations with Assad were already undermining the IRGC’s influence in Syria. Ironically, in its first official comment on the visit, Iran welcomed the visit and considered the meeting between ABZ and Assad a positive step. Hassan Nasrallah, head of the pro-Iran Hezbollah militia in Lebanon, boosted that the visit is another indication of Assad’s “victory”. According to him, the visit is an Arab recognition that Assad emerged victorious.

The visit of the Emirati official to Syria did not come out of the blue; the UAE has been strengthening its relations with the Assad regime at least since 2018. Yet, the most controversial part of the visit is the spin that strengthening relations with Assad is meant to alleviate the suffering of Syrian refugees and decrease the Iranian influence or put an end to it. Do the UAE officials believe this? Of course not. It is just a propaganda effort that is meant to water down the step and help Abu Dhabi avoid possible backlash.

In 2006, the Assad regime called the Gulf leaders “half men” over their position with Hezbollah. The statement created a crisis with Saudi Arabia and the late King Abdullah, who was seeing Iran’s influence in Syria and Lebanon increasing fast. Relations with the Assad regime were already tense over the assassination of Lebanon’s Prime Minister at the time, Rafik Hariri, as well as Hezbollah’s dragging of Lebanon into a war with Israel to boost the Iranian stance on the nuclear issue.

Four years later, a Saudi royal plane carried the late King Abdullah and Bashar al-Assad to Lebanon in an exceptional scene. The spin was that the Assad regime should not be left to Iran. The Gulf countries, especially Saudi Arabia and the UAE, should distance him from Iran and create a gap between them.

How would they do this? The spin suggested that stronger political, diplomatic, economic, and financial relations would convince Assad that his relations with Iran are not worth it. If not, then he would at least limit his dependence on Iran. As a result, billions of dollars were poured into the Assad regime at the time.

The UAE, in particular, emerged as the top investor in Syria’s Assad. Before the Syrian uprising in 2011, the UAE was a leading investor in Syria, with more than $10 billion worth of investments. Damascus had around 1178 companies in the UAE. Economic relations were strong, and the two countries had joint committees and councils. Syria’s exports became among the top five destinations for Saudi Arabia’s imports.

Did that impact relations between Assad and Iran in any way? No. If anything, this so-called theory strengthened Assad’s regime and offered Iran a deeper reach in the Arab world. Ultimately, reaching out to Assad served Iran’s interests and the IRGC’s franchised parties such as Hezbollah. The reach out to Assad broke his isolation, empowered his status, and channeled billions of dollars to his regime.

As for Iran, the Arab measures reduced the political and financial pressure on Iran and its proxies following the decision of the GCC countries to sponsor the reconstruction of what had been destroyed by the war between Hezbollah and Israel and support the Lebanese government financially.

After this Gulf fiasco, the relations between Assad and Iran emerged stronger than before. Having this in mind, there is no reason whatsoever to believe that Assad will distance himself from Iran now. Both Assad and Tehran will utilize the Emirati and Arab reach to strengthen their positions. In other words, the UAE will be financing the return of Assad politically, diplomatically, and financially, thus further deepening Iran’s influence. For years, Iranians have been working to achieve these goals without avail. On its behalf, there is now someone who is willing to achieve these goals.

But one might ask, what would Abu Dhabi get from this move? The UAE has an ideological interest in propping up the Assad regime and strengthening relations with it. At the end of the day, it is largely because of the Assad regime and Iran that the domino effect of the Arab uprisings was stopped. With a weak US president in the White House, there is a great opportunity for Abu Dhabi to softly strengthen the dictators in the Arab world under different pretexts, including the one claiming to contain Iran.

It is absurd to assume that Abu Dhabi has different goals or priorities. Reducing Iran’s influence in Syria cannot be done by supporting Iran’s man in Syria. If the UAE’s goal is to alleviate the suffering of the refugees, it can undertake infrastructure projects in areas that are not under the control of Assad. It is far easier and more efficient to receive funds and carry out projects there. Most importantly, it would ultimately help host millions of refugees without strengthening Assad.

Finally, we should take note of the fact that strengthening Iran’s influence in Syria by propping up its man is happening under the watch of the Biden administration in the US. The administration is intentionally allowing this to happen. Successive administrations have a long history of shielding the UAE against all violations of its sanctions on Assad’s regime. After all, the Syrian file is nothing but a bargaining chip for Biden. Just like Obama, Biden will use Syria to get closer to Iran and possibly other players too, such as Russia and Israel, but without the need to get directly involved in this task. 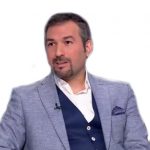