In the parliamentary elections held in Iraq on October 10, 2021, Shiite leader Muqtada al-Sadr’s group won 73 seats out of a total of 329 seats in the parliament. Thus, Sadr was tasked with forming the government due to the number of seats he had won. However, although the Sadr group was the winner of the elections, the number of seats it won alone was not enough to form the government. As a result, it formed an alliance under the name of “Saving the Homeland Coalition” with the Taqaddum Coalition led by Mohamed al-Halbousi, known as the representatives of the Sunni pole in Iraq, the Azm Coalition led by Khamis Al-Khanjar, and the Kurdistan Democratic Party (KDP). The total number of deputies of this alliance was 157. However, the number of deputies obtained by the alliance was insufficient for the formation of the new government and the election of the president.

After these developments, deputies of the Sadr group resigned in response to Muqtada al-Sadr’s call by submitting a petition to the chairman of the parliament in June. Taking advantage of the resignations, the Shiite Coordination Framework announced that it had chosen the former Minister of Labor and Social Affairs, Mohammed Shia’ Al Sudani, as its prime minister candidate on July 25. Sadr supporters opposed Al Sudani’s candidacy, whom they accused of corruption during his tenure, and started protests in the Green Zone in Baghdad, where many ministries and embassies are located, in addition to storming the parliament building. Sessions in the parliament, which were raided by the protesters, became impossible. The demonstrations that started in June and the leaked audio recordings of Nouri al-Maliki, who targeted Muqtada al-Sadr, increased political tensions and added a different dimension to the political conflict.

As a result of the increasing personal enmity and political disagreements between Nouri al-Maliki and Muqtada al-Sadr, the latter demanded the dissolution of the parliament from the judiciary, whose independence was described by Sadr as damaged.

Sadr tried to overthrow the parliament, then the judiciary, and the presidency. The reason for Sadr’s latest moves by disguising himself as a nationalist and the resignation of his 73 deputies from the parliament may be because he did not take part in the processes to establish a government in Iraq.

Sadr’s statement on his resignation from politics on August 29 and the subsequent events in Baghdad caused 30 deaths and nearly 400 injuries. In addition, after religious authority Kazem al-Haeri retired from the religious authority due to old age and health problems, Sadr left the political leadership and became a religious leadership authority. Al-Haeri resided in Iran the day before Sadr’s retirement from politics and received education through Sadr’s uncle for about 10 years.

The statement made by Muqtada al-Sadr, who announced his withdrawal from politics four times between 2013 and 2022, can be considered a political tactic. Considering Sadr’s political career, based on the 2021 election results, he had the chance to form a  government alone for the first time. However, the Shiite Coordination Framework, which also had the support of Iran, did not allow this to happen. Only early elections and a  new political order can stop the ongoing bad course in Iraq due to political instability since October 2021.

Sadr, relying on his electorate, turned away from politics and returned to public leadership. The speaker of the parliament, the prime minister, and the president do not want Sadr to stay away from politics because he can direct the street events. Therefore, it is highly likely that Muqtada al-Sadr will be re-elected in the pre-prepared early elections.

The Turkmens actively participated in Iraqi politics in 2003, and the main issue of their policy was the territorial integrity of Iraq. However, they were permanently removed from Iraqi politics by subsequent governments. In particular, as a result of the dubious parliamentary elections held between 2005-2021 and the interventions in the election results, they could not achieve the desired results in the provinces where Turkmens live intensely.

The effect of the new political process created by the 2021 parliamentary elections is expected to become clear with the new government to be established in 2022. Therefore, the current problems and plans for the future of the Iraqi Turkmen depend on the establishment of a new government and a new political order. If the new government is established to cover all the components of Iraq, it will reflect positively on the Turkmen people. As a matter of fact, the establishment of a national majority government in Iraq was strongly expressed by political leaders for the first time with the results of the 2021 parliamentary elections. In this sense, the future of the Turkmen in Iraqi politics in the new government that is expected to be formed is extremely important. Therefore, it is important that the representation of Turkmen in the new government, which is planned to be formed with the initiative of 8 deputies elected in the 2021 elections and the Iraqi Turkmen Front (ITF), becomes one of the main agenda items of Turkmen society. It should be mentioned that Turkmen are represented in the government by more than one ministry as the main constituent element of Iraq.

In the case of the Turkmens in Iraq, they could not make serious progress in terms of politics, security, and human rights. From this point of view, the new government that will be formed will aim to investigate the fates of approximately 400 Turkmen women who were killed through torture by different regimes in Iraq and were later found in mass cemeteries, and about 400 Turkmen women abducted from Tal Afar by ISIS after 2014. It is important that the issues mentioned above are discussed at international gatherings.

On August 14, 2022, in order to eliminate the increasing political instability in Iraq, Iraqi Prime Minister Mustafa al-Kadhimi called on all political leaders to take a joint decision on the future of Iraq through national dialogue. The invitation of ITF President Hasan Turan to the national dialogue meeting hosted by Al-Kadhimi, representing the Turkmens, was welcomed in the Turkmen political arena. On behalf of the Turkmens, Hasan Turan, who participated in the national dialogue meeting held with the participation of Iraqi Prime Minister Mustafa al-Kadhimi, President Barham Salih, Speaker of the Parliament Mohamed al-Halbousi, the heads of the legislature and the judiciary, the United Nations (UN) Special Representative for Iraq Jeanine Hennis Plasschaert and political party leaders, offered a solution. In the proposed solution, he stated, “We envisage the establishment of a government that includes everyone and can get everyone’s approval with the existing political lists, in order to resolve the ongoing political congestion in Iraq. If this is not possible, parliamentary sessions should be started and the electoral law should be changed. The current election should also be canceled, and Iraq should hold early elections.” A similar proposal to this solution came from ITF Kirkuk Deputy and Turkmen Representative in the Iraqi Parliament, Arshad al-Salihi.

In the national dialogue meeting, which Sadr’s representative did not attend, early elections were foreseen with the agreement of the attendees based on the political disagreement in Iraq. In the written statement of the ITF regarding this meeting, it was stated that the participation of the ITF’s president was in response to an invitation that emphasized al-Kadhimi’s role in drawing the roadmap of the current political crisis in Iraq and supported the calls for dialogue. It would not be wrong to consider the invitation of the head of the ITF to national meetings as the Turkmens now have a say in the Iraqi political equation. At the same time, the presence of the ITF on behalf of the Turkmens in this meeting can be interpreted as proof that the ITF is seen as the representative of the Turkmens.

When these developments are analyzed, if Turkmens express their strategic plans in serving their general interests for other levels of the state in a good manner, they can have positive reflections on Turkmen society in terms of their representation. In this regard, the Turkmens can achieve the results they want if they are well organized and learn from the mistakes made in the past elections. In the early elections expected to be held and the new political order that will follow, it is important for Turkmen politicians to put their personal conflicts aside and join forces to protect their national interests. At the forefront of these national interests is the granting of provincial status to the Tal Afar and Tuz Khurma districts, which are known as the largest districts in  Iraq. In addition, with the presence of ISIS in many provinces of Iraq in 2014, the small number of Turkmen forces established to protect the Turkmen regions from terrorist attacks can be integrated into the Iraqi Ministry of Defense, like the Peshmerga, the armed forces of the Kurds.

In this case, the Turkmens can take an important position in Iraqi politics rather than in defense policies. It is not difficult for them to dominate the Turkmen electorate well by eliminating personal conflicts. Thus, the loss of confidence of Turkmen voters in politics, like other ethnic groups, can be prevented. 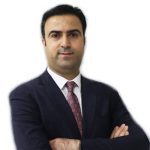 Selcuk Bacalan was born in Kirkuk in 1983 and completed his primary and secondary education in Kirkuk. By winning a scholarship, he graduated from Gazi University’s Faculty of Education and Department of Social Studies in 2008. In the same year, he received a scholarship for a Master’s degree and completed his Master's degree in 2008-2010. He worked as a lecturer at Erbil Salahattin University in 2010-2011 and at Kirkuk University’s Faculty of Education between 2011 and 2015. In 2019, he completed his PhD in the field of national identity at Gazi University’s Institute of Educational Sciences. Between 2020 and 2021, he served as the Vice President of the Turkmeneli Cultural Center, which is affiliated to the Turkmeneli Cooperation and Culture Foundation. Selçuk Bacalan is an academic with research experience in the field of national identity, national culture, immigrants and migration. He continues his studies as a Turkmen Studies Expert at ORSAM.