Israel’s invasion attempts in East Jerusalem initially took place in the Sheikh Jarrah district. The conflicts that occurred after Israel attempted to evict 28 Palestinian families, and the forced evacuation of areas such as Pillar Gate (Bab’ul Amûd) so that extremist Jews could enter the Al-Aqsa Mosque compound to celebrate, had major repercussions in international public opinion and the resistance of the Palestinian people. Although attacks by extremist Jewish groups have continued for a long time, the support of the Israeli government to these attacks has substantially increased the volume of the attacks. Thus, Israeli Prime Minister Benjamin Netanyahu triggered the attacks in Ramadan and inside Al-Aqsa to be more violent than before to protect his own political interests.

The importance of the media in the Al-Aqsa events

At the beginning of the violence, the whole world followed the  Sheikh Jarrah and Al-Aqsa Mosque attacks, not like in the old wars, but by new mediums of communication and technology. Live broadcasting of the events by Palestinian activists, which was not reflected in the media, caused followers to witness the events as if they were in Al-Aqsa themselves. With the rapid spread of photos and videos, all Palestinian youth in Jerusalem and the 1948 occupation zone gathered to defend the mosque. Thus,

social media tools had a more pronounced effect on the recent events compared to the previous ones, and the reactions of the Palestinians, unexpected by Israel, were fueled by the effect of these tools.

Pointing out the importance of social media accounts in the development of events and their projection to the international public, Israeli Defense Minister Benny Gantz held meetings with the directors of TikTok and Facebook on May 13 to restrict content. After the meeting, TikTok and the Jerusalem News Network account were closed. On the other hand, Instagram, which is connected to Facebook,  censored the content that revealed the events of Sheikh Jarrah.

The different dynamics in the latest conflict

A shocking new addition to the conflict equation was the so-called ‘Palestinians of 48: the two million Palestinians who lived under Israeli rule and were not displaced after 1948. The fact that the Palestinians did not take action against the persecution, despite their long-standing oppression, caused the occupation forces to consider them out of the equation, or  a weak factor in it. However, the events in Lod, Tiberias and Acre shocked the Israeli administration. Thus, when it comes to Jerusalem, the ‘Palestinians of 48’ have proven that they will act. Hence, their inclusion in the conflict with such momentum added a new factor to the conflict equation. In this context,

the Israeli government is now more worried about the revolt of those 2 million people in the cities and towns.

Israel believes that the resistance force in Gaza under the leadership of Hamas cannot be included in the conflict in Jerusalem. Thus it did not take its calls seriously to end the attacks in Sheikh Jarrah and Jerusalem. However, Hamas reacted strongly to this process. While the Palestinian resistance called the operation ‘Jerusalem Sword’, it worried Israel more with its combat capability and operations. Tel Aviv’s Military capacity also led to a halt in air traffic at Ben Gurion and Ramon airports. Ramon Airport, which is used as an alternative to Ben Gurion and is 250 km away from Gaza, was hit by the first use of a missile called Drunkard 250, which was produced under siege with limited means. It should be noted that the name of the missile belongs to Palestinian engineer Yahya Ayyash, who was assassinated by Israel’s security agency in 1996.

At this point, a new factor related to the resistance is that the administration in Gaza did not enter the war to break the Gaza siege or ensure a military official’s release. Although the geographical separation has kept the distance between Jerusalem and Gaza, the  Jerusalem and Al-Aqsa Mosque attacks further connected the people and struggling groups in Gaza and the West Bank. Again, the 500-km tunnel network developed by Hamas in Gaza played an essential role in the missile’s ability to hit Israel without targeting Israeli aircraft. During the 11-day conflict, as Hamas’ commanders and soldiers reinforced the tunnel, Israel faced more difficulties than in the past. The Israeli administration, which wants to overcome this situation, wanted to create pressure by targeting the civilian settlements and people. However, as the images of these attacks became clearer, the international community, human rights organizations and the public called on Israel to stop the attacks on Gaza.

Vulnerabilities in the normalization process following the latest conflict

Although Israel has been under pressure from the international community in the past, this time, it has come at the end of a ‘golden’ process in terms of the gains it has recently made in the region.  With the strong support of the Donald Trump administration, Israel accelerated the normalization initiative led by some countries in the Gulf within the context of the Abraham Accords, and thus established official relations with the United Arab Emirates (UAE), Bahrain, Morocco, and Sudan. Central countries of the region, such as Saudi Arabia, also supported this initiative. However,

the recent conflicts, the fragility of the normalization agreements with Israel, and the difficulties of stabilizing Israel’s relations with regional countries before the end of its occupation of Palestinian lands and establishing an independent Palestinian state have once again been revealed.

An important point to be considered here is that some countries such as the UAE established security relations with Israel because they see Iran as a common threat. However, these countries have witnessed again that Israel could not provide its own security even against Hamas and other Palestinian resistance movements that it has sieged for 17 years.  The Palestinian resistance showed that by firing hundreds of rockets at Israel, Israel’s “famous” Iron Dome air defense system could be pierced and that Israel could bear the cost of the conflicts as much as the Palestinians. US President Joe Biden’s announcement that they will help Israel restore the Iron Dome system indicates the damage it has received.

Another point that can be said about these conflicts is that the US is a permanent party to the ongoing occupation of Israel and its approach that ignores laws of war, despite its changing administrations. Still, although Biden supports Israel by saying that it has the right to defend itself, it is no secret that there are some differences with Netanyahu. In addition, the ongoing discussions in Washington over the recent conflicts confirm that a group within the US administration sees Israel as a burden and is distant from Israel because they attempted to prevent the nuclear deal with Iran.

New dynamics have also been observed in the Palestinian resistance. For the first time, Israel has emerged weak in the sense of narrative and discourse, and the international community and resistance groups in Palestine have given strong support against the occupation of the Palestinians, except for some limited media and political and military circles. Strong responses to Israeli attacks within Jerusalem and where the ‘Palestinians of 48’ are present have augmented Israel’s concerns. For these reasons, the Tel Aviv administration accepted the calls for a ceasefire before the situation on the ground got entirely out of control and before the US became more involved. However, this ceasefire situation does not mean that problems going on for many years have been solved. One critical point here is how the US will approach Hamas, the most active Palestinian organization. Another factor that will shape the following processes will be whether or not some Arab states, who previously contributed to the siege of Hamas by Israel and its rapprochement with Iran as a policy, will recognize Hamas. Depending on the outcome of this, the possibility of tranquility prevailing in Palestine for a while or the start of new attacks seems equally valid. However, in any case, the recent events have shown that the Palestinian people will not be patient anymore with Israel’s ongoing invasion attempts and will join forces to resist the attacks. 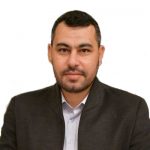