On June 5, 2021, five members of the military forces of the Kurdish Regional Government of Iraq (KRG), the Peshmerga, were killed in an ambush set by the Kurdistan Workers’ Party (PKK). This was the highest number of losses incurred by the Peshmerga at the hands of the PKK, which is considered by the United States, the European Union, and Turkey as a terrorist organization.

This attack constituted a dramatic development in a series of armed confrontations that the local government in Erbil had tried to avoid. However, after the incident, the government found that its quest to avoid what it describes, as Kurdish-Kurdish fighting did not prevent the PKK from dealing with it as an enemy, and engaging in a kind of security alliance with democratic opponents in the KRG from the Iraqi armed forces.

Erbil views the presence of the PKK in northern Iraq as a threat. In fact, in a statement in November last year, Kurdistan Democratic Party (KDP) leader Masoud Barzani described PKK-controlled areas as “occupied.” He nevertheless stressed his refusal to use armed force against the terrorist organization to avoid Kurdish-Kurdish fighting. But this desire was not fulfilled due to a series of attacks and threats carried out by the PKK, especially the bloody attack of last June.

The KRG considers its relations with Turkey of a strategic and perhaps fateful nature. It finds itself crammed in the midst of a severely turbulent regional climate and complicated economic and security conditions due to unstable relations with the federal government in Baghdad as well as problems within the KRG itself. An example of the latter is the old rivalry between the Erbil-based KDP and the influential Patriotic Union of Kurdistan (PUK) whose stronghold is the city of Sulaymaniyah.

The strategic relations between Ankara and Erbil have economic, political and security aspects. Economic relations with Turkey have become a main outlet for the region. The volume of trade exchange between Iraq and Turkey has increased to about $21 billion in 2020, about half of which is with the KRG. Turkish companies have become the largest investment agencies in the region. More than 1,800 Turkish companies operate there; and they have contributed to changing the faces of the cities of the KRG since 2003.

Because of the often-tense relations between the Kurdish Regional Government and the federal government in Baghdad, economic and commercial cooperation with Turkey has become a real outlet for reviving the region’s troubled economy. Therefore, Erbil has discovered on various occasions that the stability of relations with Turkey is an essential element for the stability of its internal conditions.

Economic growth requires strengthening security and stability. In this regard, Erbil has accepted Turkey’s security interests on its southern borders. It has found itself at the heart of Turkish efforts to fight the dangers of the PKK in Iraq and Syria, as the KRG cannot disregard conflict that is taking place on its lands and directly threatens its security.

Erbil had to choose between its strategic interests and consolidating its economy and internal experience within the framework of Iraq, or giving up all of that, going to war, working within the circle of regional polarization, and making separatist calls imposed by the PKK. It chose to maintain its experience but has indicated its opposition to engage in an armed conflict with the PKK, as revealed in Barzani’s statement. However, the terrorist organization sought to involve Erbil in an armed conflict, and allied itself directly with local forces in Iraq that show direct hostility to the KRG, including Yazidi factions in the Popular Mobilization Forces in Sinjar.

The PKK took advantage of the difficult security conditions during the fighting with the Islamic State (IS) and settled in Mount Sinjar with the direct support of some local forces that are hostile to the KRG and administratively linked to the Popular Mobilization Forces. The Iraqi government is still unable to regain control of Sinjar despite the conclusion of various agreements.

The presence of PKK in Sinjar and the border areas with Turkey in Dohuk represents a real security problem for the KRG. Last June’s attack followed the PKK’s assassination of a border official in October of last year as well as attacks on a major oil pipeline and Peshmerga soldiers in early November. Last March, the media of the KRG presented the confessions of a spy network of five people arrested last October who were members of the PKK, and were planning terrorist operations including the assassination of diplomats, employees in diplomatic missions and foreign companies, local officials and politicians, with the aim of changing the political regime in the region.

With the repeated armed attacks on the Harir military base near Erbil, which houses US forces, fingers were pointed at armed Shiite militias. But unofficial sources say that it was the PKK who provided these militias with pictures, coordinates and videotapes of the base through its spies in Erbil.

The KRG announced that the PKK carried out violations against the population, including kidnappings, assault and extortion against Kurdish and Assyrian Iraqi citizens whose villages the PKK occupied and used as bases to attack Turkey and different areas of the KRG.

This terrorist behaviour and the grave threats of the PKK to the people of the KRG and the security of the region caused the clash with the KDP to escalate into an armed conflict.

This armed conflict had been looming between the two sides since 2014. But the emergence of IS rearranged priorities; and the confrontation with the PKK was postponed in order to get rid of the former, which was achieved at the end of 2017. The PKK had thus benefited from the security conditions and the cooperation of local and regional forces hostile to both Turkey and the KRG to control large areas of Iraqi territory. It was able to establish 37 bases within the KRG alone. As a result, the KRG felt that the danger had shifted from IS to the PKK. But it was not going to get the support of the international coalition, as it had in the war against IS – only Turkish support.

Since early 2019, there have been public and media within the region about the need to confront PKK attacks. Erbil has pressured the government in Baghdad to take measures to secure the exit of the PKK from Iraqi territory.

In October of last year, Mustafa Al-Kadhimi’s government in Baghdad concluded a security agreement with the Kurdish Regional Government to restore full state control over the Sinjar region and stabilize the situation there, which of course requires the PKK’s exit from the strategic city. But the agreement was criticized by Shiite militias. Although an Iraqi military spokesperson confirmed last April that the state had regained control of Sinjar, the Prime Minister of the KRG, Masrour Barzani, demanded in early August the implementation of the agreement, indicating that it has yet to be implemented.

The KDP has yet another challenge. In the midst of its confrontation with the PKK, the organization finds a kind of assimilation to and perhaps support for the PKK from the PUK. The latter, which controls Sulaymaniyah in northeastern Iraq, has been in competition with the KDP for several decades. Furthermore, it is less affected by any imbalance in relations with Turkey, and has instead established strong relations that include security aspects with neighbouring Iran. Although Sulaymaniyah belongs to the KRG, and Qubad Talabani, the son of the former Iraqi president, is still officially the deputy minister of the region, the city feels relatively independent. Between the two sides, differences appear at times and disappear at others. The impact of the political changes that took place in the leadership of the PUK recently, in which Lahur Sheikh Jangi was removed from the joint leadership of the party, on relations with the KDP or the PKK is yet to be determined.

The escalation of the conflict between the PKK and the KDP will affect the future of the KRG and its already difficult security and economic conditions, as it may cause internal unrest. This is because the PKK has supporters within Kurdish cities that are willing to back it in a timely and combative manner. However, Erbil finds that it is compelled to fight this conflict to the end, because the PKK has become a serious threat to the region’s stability. The PKK is also putting the KRG in the circle of external polarization and is fighting on behalf of international and regional powers that want to engage Turkey in a war on its southern borders. In this, the Iraqi government bears a great responsibility for everything that happens in its territory. Therefore, it must carry out its duty to expel foreign forces, as it did with IS, and prevent them from threatening neighbouring countries, the local population and/or Iraqi sovereignty. 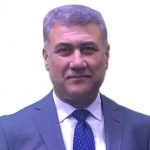