There has been no political, economic, or social communication between Iran and Syria since the beginning of the past century, as the Syrians and Iranians have suffered from instability and the spillover of Western empires into their countries.

This continued to be the situation after the two countries’ independence. In the middle of the 20th century, Iran — under the rule of the Shah — embraced a pro-West policy in combating the Soviet Union when it came to fighting communism, recognizing Israel, annexing Arab territories, and prosecuting Arab minorities. Meanwhile, the regime in Syria during the same period was closer to the Soviet Union and its socialist doctrine, a defender of pan-Arab nationalism and an enemy of Israel.

The shift in hostility between the two countries began when Hafez al-Assad came to power in 1971, becoming the first Alawite head of state in the modern history of Syria due to a fatwa by the Iranian Shiite cleric Musa al-Sadr. This marked a historical shift in the Middle East. It became a nucleus for building a Shiite coalition of minorities to dominate the Arab region.

This cooperation continued to significantly grow after the advent of the Islamic Republic regime in 1979, when many of the regime’s founders had ties with the regime in Syria.

As it is known, Syria sided with Iran in its war with Iraq. Both Iran and Syria worked to end the Palestinian military presence in Lebanon and replace it with Hezbollah. Then, the two regimes collaborated against the US presence in Iraq and worked to strengthen the Shiite political and military clout in Iraq to gain the upper hand.

The two countries also threw weight behind Hamas and the Islamic Jihad movements in Gaza to weaken the role of Arab countries such as Egypt and Saudi Arabia, and to possess diverse levers they can utilize to achieve their long-term goals.

The Syrian regime considered itself to be an equal partner with Iran when it comes to achieving and expanding this clout across the region. It dealt with the Arab countries from this perspective. It was the Iranian ‘trojan horse’ in the Arab region since it was well aware — based on its experience — that cooperation with Iran was vital for the sectarian rule in Syria to continue, and it is the exact opposite of reintegration into the Sunni Arab sphere, which represents — to it — a state of distrust and instability.

When the Syrian revolution broke out in 2011, Iran did not waste time and seized the opportunity to increase its clout in Syria and put it under its control, completing its project to wrest control over the region — in which the Syrian regime was Iran’s partner and facilitator.

Iran sent its forces and allied militia groups, deploying them across all the Syrian territories — equipped with all types of weapons — to be a genuine force maintaining control on the ground.

It never stopped the displacement and changed the population’s demographic makeup. It also deployed its multiple missiles that pose a threat to Israel, becoming the force that should be dealt with in the Syrian crisis.

Tehran showered the Syrian regime with all kinds of loans to meet the regime’s day-to-day needs. Both the Syrian regime and Iran are well aware that they are capable of paying off these loans and now have full control over the day-to-day lives of the Syrian people. Furthermore, the regime has become a tool after it was a partner. Iran ramped up the spread of Shiism, creating allied Syrian political and military militias across the entire region in order to create a model similar to the one in present-day Iraq, where pro-Iran militia groups rule Iraq politically and militarily.

With the new Iranian president being elected and the imminent conclusion of a nuclear deal with the West, the Arab region in general and Syria, in particular, will enter a new phase where Iran wrests control over Iraq, Syria, Lebanon, and Yemen, as well as building significant influence on the situation in Gaza, let alone the inflow of frozen assets to the Iranian regime. Iran will transition from the phase of spillover to the phase of solidification, cementation, and absolute control over the fate of these countries and peoples, regardless of the system of government or the names of the rulers therein.

Iran has recently been in contact with Western countries and those close to it in order to open embassies for these countries in Damascus and allow the Syrian regime to send pro-Iran diplomats.

We will see Iran’s control in the lineup of the new Syrian government after the presidential elections held there, especially in the ministries of defense, foreign affairs, chief of staff and the ministry of economy.

Today, the Syrians bear the brunt of the Syrian regime’s refusal to pay heed to the demands of its people at the outset of the revolution, who did not even demand the regime be changed. They only demanded opening up room for participation in the public sphere, fair distribution of wealth, and ceasing human rights violations.

The next phase will witness the entrenchment of the failure of the Syrian regime by remaining in power and keeping Syria unified, and Iran drawing closer to achieving its old Persian dream. 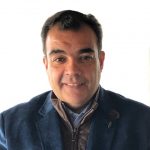 Bassam Barabandi is a former Syrian diplomat and the co-founder and Director of External Relations for People Demand Change. He has worked in the diplomatic service of the Syrian Government for 14 years before leaving the Syrian Embassy in Washington DC in 2013. He has a BA in political science and public administration. Barabandi has written extensively on the Syrian conflict and has had work published in journals such as Foreign Affairs, Foreign Policy, MEI, The Atlantic Council, and The Atlantic. He has conducted interviews with BBC, Al-Jazeera, Al-Arabiya, Sky News, France24 and other media outlets.