Turkey hosted the leaders of two Eastern African nations in August this year. General Abdel Fattah al-Burhan, Chairman of the Sovereignty Council of Sudan, paid a two-day official visit to Ankara on August 12-13, followed by Ethiopian Prime Minister Abiy Ahmed Ali’s one-day visit on August 18. Both leaders visited Turkey at the invitation of Turkish President Recep Tayyip Erdoğan. General al-Burhan’s visit is of importance as it signifies the first presidential-level visit from Sudan to Turkey since the ousting of Omar al-Bashir in April 2019. It has been the second high-level visit from Ethiopia to Turkey since President Mulatu Teshome Wirtu’s state visit in February 2017; Prime Minister Abiy’s visit also holds significance as it marks the 125th anniversary of the establishment of diplomatic relations between Ethiopia and Turkey. The recent political turmoil in the Horn of Africa, along with serious impacts on Ethiopian-Sudanese relations, adds to the significance of those high-level visits.

Having deep-rooted historical, religious, and cultural ties with Sudan, Turkey officially defines the country as one of its “most important partners in Africa.” Relations between the two countries moved ahead, particularly during the government of Omar al-Bashir. The latest landmark in Turkish-Sudanese relations was President Erdoğan’s visit to Khartoum in December 2017, during which the two countries signed 12 agreements, protocols and memoranda of understanding in various fields, ranging from tourism to security. Within the scope of this extensive cooperation between Ankara and Khartoum, Turkey was contracted to rebuild a dilapidated Ottoman-era seaport on Suakin Island, as well as a dock for civilian and military use.

Vis-à-vis strained relations with the Western world, the government of al-Bashir had strong partnerships with not only Turkey, but also China, Russia, and the Gulf monarchies. Following the mass protests in December 2018, however, Saudi Arabia and the United Arab Emirates abandoned al-Bashir over his co-option of so-called Islamists and worked with opposition figures to facilitate the deposition of al-Bashir. The pro-opposition stance of the Gulf states was apparently confirmed when the post-Bashir transitional government of Sudan secured $3 billion in credit from Saudi Arabia and the UAE. This rapprochement initially created an impression that the new administration of Sudan was under the influence of the Gulf monarchies and would curtail its relations with Turkey. Various media outlets even claimed that the Turkish-Sudanese agreement on Suakin Island might be terminated, which was later denied by the Turkish Ministry of Foreign Affairs. It soon became clear that post-al-Bashir Sudan was indeed trying to thaw its historically fraught relationships with the US, the EU, and Israel, while preserving its core partnerships with China, Russia, Turkey, and the Gulf monarchies.

Turkey managed to make use of the inclusive political approach in Sudan. Following al-Bashir’s ousting, for instance, Turkish Minister of Foreign Affairs Mevlüt Çavuşoğlu attended the signing ceremony of the Constitutional Declaration in Khartoum, while Turkish Minister of Defence Hulusi Akar held meetings with his Sudanese counterpart, and President Erdoğan met Sudanese Prime Minister Abdalla Hamdok on the sidelines of the UN General Assembly in New York. Moreover, Mohamed Hamdan Dagalo, aka Hemedti, Vice Chairman of the Sovereignty Council of Sudan, paid a two-day official visit to Turkey in May 2021. He was accompanied by the Sudanese ministers of agriculture, livestock, transport, and urban planning. In tandem with these contacts, the growing volume of Turkish investment in Sudan has recently reached $600 million, which is another strong sign of the continuing cooperation between the two countries.

Although Abdel Fattah al-Burhan’s official visit to Turkey is not surprising in the afore-mentioned context, it is of significance given the previous visit by Hemedti and regional geopolitical shifts. Al-Burhan may have sought to confirm his control over Sudanese foreign affairs vis-à-vis Ankara’s possible special ties with Hemedti or may have sought to eliminate speculation about the existence of a conflict between the two representatives of the Sovereignty Council. The timing of Al-Burhan’s visit is also significant as it coincides with the end of about two years of political confrontation between the axis of Turkey and Qatar and that of Egypt, Saudi Arabia, and the UAE. In this respect, Sudan’s improved relations with Qatar were a precursor to its improved relations with Turkey. Khartoum-Doha ties have witnessed major developments following the Al-Ula Declaration in Saudi Arabia in January 2021, which has reset the course of relations between Qatar and the Arab quartet. It appears that the mentioned shift in regional politics has not only paved the way for Turkey’s recent steps towards normalization with Egypt, Saudi Arabia, and the UAE, but also facilitated Sudan’s endeavors to openly enhance its partnership with Turkey.

Turkish-Ethiopian relations and the significance of Abiy’s visit

The fact that Turkey’s first embassy in Sub-Saharan Africa has inaugurated in Addis Ababa in 1926 and the Turkish Cooperation and Coordination Agency’s (TIKA) first office in Africa was established in the same city in 2005 are two clear indicators of Ethiopia’s priority in Turkish foreign policy towards Africa. The first presidential-level visit from Turkey to Ethiopia was recorded in January 2015. In return, Ethiopian President Mulatu Teshome Wirtu, who was also the former Ethiopian Ambassador to Ankara, paid a visit to Turkey in February 2017. As a result of expanding Turkish-Ethiopian ties over the last two decades, 200 Turkish companies operate in Ethiopia today and employ 20,000 Ethiopians, with a total investment volume surpassing $2 billion.

The significance of Ethiopian Prime Minister Abiy Ahmed Ali’s visit to Turkey one week after the Sudanese leader’s visit is primarily linked to the critical challenges facing Addis Ababa. The government of Abiy has strained relations with the Western world due to accusations of human rights violations and the pressure for dialogue in dealing with the rebel groups. The strained ties with the Western states and the broadening conflicts with the Tigray rebels in the north, as well as with the Oromo rebels in the south, may have led Abiy to seek alternative support from Turkey. While urging a peaceful resolution of the Tigray conflict, Turkey positively responded to Abiy’s need for support by signing a military and financial cooperation agreement with Ethiopia.

Another significant aspect of Abiy’s visit is related to the border dispute between Ethiopia and Sudan over the Al-Fashaga region. Turkey said it was willing to mediate between Addis Ababa and Khartoum for a resolution of the mentioned dispute. Although both countries have not endorsed this offer yet, Turkey has confirmed its crucial role in the region as it almost simultaneously hosted the leaders of the two neighbors in dispute and openly expressed its willingness to mediate between them. In this way, Turkey has also proven its capacity to create a balance of power in a volatile region like the Horn of Africa. However, Ethiopia and Sudan are not only in a dispute over their borders, but also over the Grand Ethiopian Renaissance Dam (GERD). The regional dispute over the dam project in question is severe, particularly between Ethiopia and Egypt, rather than Sudan. In other words, Turkey’s military cooperation with Ethiopia signifies an indirect rivalry with Egypt and poses a risk to the full normalization of relations between Ankara and Cairo. The probable loss can be mitigated with a multipronged and far more balanced policy. 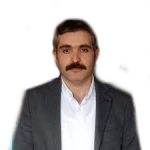 Mürsel Bayram is an Associate Professor at the SSUA Institute for Area Studies. He completed his doctorate at Kırıkkale University's International Relations program. His focus covers the African continent, with a specific focus on the Horn of Africa and North Africa, as well as the role of international actors in the region.