The Taliban announced their long-awaited list of the caretaker government in Afghanistan late on Tuesday. Stating that the list is the first phase of the government, Taliban Spokesperson Zabihullah Mujahid said that more ministries will be added in the coming period. The spokesperson added that the ministry responsible for women’s affairs is among the ministries that are being considered to be established. Speaking after the announcement, the head of government, Mohammad Hassan Akhund, stated that the announced government consists of people from different ethnic origins. However, looking at the Cabinet, it is immediately apparent that the power is shared between the Mullah Hibatullah group and the Haqqani family. In addition to people close to Haqqani, there are four members of the Haqqani family in the Cabinet. Therefore, we can say that the Taliban did not move in this direction despite all its claims of inclusivity. It is possible to say that this situation will greatly affect the stability of Afghanistan in the near future. An unstable Afghanistan can turn the country into a playground where global and regional rivalries intensify.

A page in the history of Afghanistan closed with the entry of the Taliban into Kabul on August 15. The most likely trend in Afghanistan is temporary stabilization, and this could also lead to a new “great game” on and around the Afghan scene, reminiscent of the old great game of the nineteenth century. Undoubtedly, the vital geopolitical position of the country will continue to be the center of attention, especially for regional powers around it. Therefore, it is important to highlight the essential parts of the Afghan case in order to understand the dynamics of the parties involved in the light of international changes and the subsequent reflections of the balance of international relations.

When we look at the modern historical trajectory, we can see that the changes, turbulence and transformations that shook the greater Middle East began in Afghanistan in the late 1970s. Today, the game of nations played more than 40 years after the Soviet invasion of Afghanistan, which then associated itself with radical jihad defined as “terrorism”, is returning to where it started. Undoubtedly, the 9/11 attacks provided the rationale for starting the American wars in Afghanistan and Iraq. It can be said that the result of the American attack on the heart of the “Arab-Islamic world” is not radiant and that the “Great War on Terror” did not make the world safer and did not strengthen the American position in the international arena. In general terms, we cannot talk about a US military defeat in Kabul. However, it can be possible to talk about a major military-political withdrawal, in terms of not fully evacuating all collaborators similar to the withdrawal of the US from Saigon in 1975. Additionally, and more importantly, we can talk about the victory of the Taliban in “humiliating the West” in Afghanistan, amid the backdrop of a global decline in democracy and America’s decline that coincides with European weakness resulting from a lack of political unity and strategic action.

The countdown in the period of American hegemony, which began after WWI, the possibility of the emergence of an Asian or Chinese dominated era, and the intensifying rivalry between the “white man” and the “yellow man” are among the essential elements characterizing developments in Afghanistan.

Another essential element characterizing these events is that the “classical” wars between great powers have practically come to an end, as state-building did not follow successful conquests and because the new model of war among nations and hybrid wars did not allow foreign influence to continue in environments where Washington failed to understand religious, social, cultural and structural realities.

With this withdrawal from Afghanistan to the West, the possibility of ushering in a new Asian-accelerated international game involving Pakistan, Iran, and Turkey, as well as neighboring great powers such as China, Russia, and India, has emerged.

Although, this does not mean that the Arab world is out of balance, and that the influence of Saudi Arabia and the United Arab Emirates cannot be ignored, given the large role played by Qatar, to whom Washington has entrusted its role as an effective mediator with the Taliban.

It is possible that Turkey could be considered one of the winning powers in this context, as Washington and the West need its Muslim NATO ally to play sensitive roles in Afghanistan in the future. The same is not true for Pakistan, which has its own internal calculations and sensitive relations with the Afghan independence trend that will set its sights on strategic cooperation with China, its hostility with its neighbor India, and its relations with the Kingdom of Saudi Arabia.

Now, with the complete control of the province of Panjshir from Ahmad Masood’s National Resistance Front allied to Russia and Iran, three weeks after the Taliban entered the capital Kabul, Iran’s effort to approach and embrace some of the Taliban and al-Qaeda members seems to have disintegrated. Russia, on the other hand, appears troubled by security concerns, concerned about developments in the country and is more interested in reassuring its ally Tajikistan. As for China, which is interested in the country due to its rich amounts of rare minerals and strategic location on the new Silk Road, it is willing to invest billions of dollars in developing its infrastructure, but its alliance with Pakistan and the possibility of India’s influence on parts of the Taliban could create factors that set limits on China’s role in Afghanistan. Thus, the new “great game” of this century seems more complex and open to all kinds of possibilities. 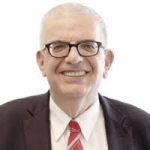 Khattar Abou Diab is a Franco-Lebanese political scientist, geopolitical consultant, specialist in Islam and the Middle East, and Professor of International Relations at Paris Sud University.