When Tunisian President Kais Saied suspended the parliament on July 25, there was an expectation that he had become all-powerful. Ennahda was cowed into U-turning on their criticism of Saied’s decisions as Ghannouchi announced that he “welcomed the President’s move to rectify the course of the democratic transition”. The army proceeded to implement his orders and deploy a tank at the gates of the Tunisian Parliament to prevent any MPs from entering. Everything appeared to be in favor of Saied’s power grab.

Yet, Saied has found himself under increasing international pressure. Two senior delegations were sent from Washington to impress upon the Tunisian President that a Prime Minister had to be appointed and that a clear roadmap needed to be presented that would set a clear date for the end of his emergency powers. These delegations were reinforced by an increasingly agitated EU, which lent its voice to a joint G7 statement that called on Saied to “return to a constitutional order,” implying a rejection of his assertions that he has been operating within the constitution. The EU reinforced the G7 statement by dispatching Josep Borrell to Tunis where he met Saied. On that same day, Borrell revealed that he had conveyed the EU’s “apprehension” to Saied and asserted the need to restore “parliamentary activity.”

Saied has been reluctant to form a government. As long as the constitution remains nominally in force, then the Prime Minister is the most powerful position in the country. It is for this reason that Saied has preferred to leave the post empty in order to prevent any challenge to his authority that might emerge from an ambitious Prime Minister. Saied has also been wary of filling the post with an ally after the debacle with ousted Prime Minister, Hichem Mechichi, who was originally appointed on the basis that he would be a pliant proxy through which Saied would rule directly. Instead, Mechichi turned his back on Saied, allied with Ennahda, and proceeded to sack Saied’s loyalists in the government.

As a result, the appointment of Najla Bouden Romdhane, the much-touted “first woman Prime Minister in the Arab World,” came only after Saied’s announcement on September 22, in which he declared that he would rule by presidential decree, and specifically stated that he would be the head of any future government. He also announced that the powers of the future government would be set by him personally through emergency powers, and not via the constitution. Saied effectively stripped the position of the Prime Minister of all power and authority and seized those powers for himself.

With the position now effectively irrelevant and obsolete by virtue of Saied’s decrees, Najla Boudan Romdhane was then appointed as Prime Minister in order to act as a buffer against international pressure. In appointing the “first woman prime minister,” Saied sought to appease US and EU demands to form a government, and to present his coup as “progressive” and “revolutionary.” Romdhane’s utility is not in any suggestion that she might be a capable Prime Minister. Rather, Saied appears to have chosen her in order to distract from the illegitimacy of his power grab without having to concede any of the powers that he has seized.

It is for this reason that the German Chancellor Angela Merkel made no reference in her phone call with Saied to the “first woman prime minister.” According to the readout of the phone call published by the German Embassy, Merkel implicitly criticized Saied by praising Tunisia’s “past democratic achievements,” thus suggesting Tunisia is no longer democratic, while repeating the assertion that there should be a return of parliamentary activity.

The nature of the relationship between Saied and Romdhane was laid bare on October 4, 2021, when, in a televised meeting, Saied claimed that 1.8 million people had taken to the streets in support of him in the pro-Saied protests on October 3. Rather than question the extraordinary claim, Romdhane quietly remarked “mashallah” in acquiescence with the President.

Yet, despite the circumstances of Romdhane’s appointment, Saied has hinted that he will soon embark on the next stage of entrenching his overthrow of the democratic transition. In a phone call with French President Emmanuel Macron, Saied suggested that he would soon commence a national dialogue in Tunisia to discuss political reform.

The national dialogue is expected to engage only the political parties that supported his power grab, as well as the trade unions. It is expected to exclude Ennahda, the Heart of Tunisia, and the Al Karama, all of which secured a total of more than 1 million votes in 2019.

Saied has also been encouraged by a divided opposition. While they are united against Saied’s power grab, they remain deeply divided over the goals that the opposition should strive for. One camp argues that there should be a return of parliament and that its activities should resume as the most powerful legislative body in the country. Kais Saied should then be arrested and put on trial for treason. Those who object to this, however, argue that such a move would re-empower Ennahda, which remains the lightning rod of popular discontent, as they continue to be derided by the public for having been facilitators of the dire status quo. Any empowerment of Ennahda would put the opposition at odds with the public, which remains adamant that the parliament has become a dysfunctional institution, and that Ennahda has played a significant role in the failures of the past 10 years.

The second camp argues that there should be a national dialogue similar to that which took place in 2013 when Ennahda’s government was brought down by large protests. A consensus government would then emerge from this dialogue which would oversee changes to the election law. A general election would then be held to establish a new popular legitimacy and restore the democratic transition. The difference between this suggestion and that of Kais Saied’s proposed national dialogue is participation. Where Saied seeks to exclude the alliance of Ennahda, the Heart of Tunisia, and Al Karama, the suggestion by opposition figures is that these parties would be included.

Meanwhile, Saied has continued his crackdown on dissent. Amer Ayyad of Zitouna TV and Abdel-Latif Al-Aloui of Al Karama were arrested on October 3 for “insulting the President.”

Yet, the anti-coup protests of September 26, as well as the pro-coup protests of October 3 suggest a population that is deeply divided. Moreover, criticism of Saied is growing as prices soar and little traction is made against those perceived by the public as corrupt. The last ten years have demonstrated that Tunisian public opinion can be exceptionally fickle. Therefore, just how long Saied’s slow “progress” will be tolerated by those that support him remains to be seen.

Saied has all the momentum in Tunisia

Fuel prices raised for 4th time this year in Tunisia 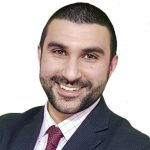