During my field trip to Afrin last month, I met the local Kurdish leaders who are working 24/7 to fix the problems for their fellow Kurds in the area. Is all well? No. The reports about arrests and thefts by brigade members still continue and cause a lot of publicity. Less has been written in Western media about Kurds returning to Afrin.

According to the Association of Independent Syrian Kurds (KKS), more than half of the Kurds, who had fled from Afrin to a.o. Tal Rif’at, Aleppo, Duhok, and Erbil, in 2018, have returned. An estimated 151,000 had fled according to the UN in 2018, most of them already within four months after fleeing. When people realized the brigades that came to Afrin were not jihadists for example, unlike the PKK media had been telling them, they started to return. It’s better to sit in your own house, even with some trouble, than stay in a tent, locals explained.

From May 2018 onwards, the PYD closed the YPG/SDF area crossing to Afrin, and the regime closed the crossings towards Aleppo. In March, KKS members told me people could only return now by smuggling. There is a short direct road from Tal Rif’at to Afrin, but it is too steep and too difficult for older people to take. Expensive, too. Furthermore, there is a longer and cheaper road, almost towards Ayn al-Arab (Kobani), via Manbij to the opposition-held areas, as quite some Kurds call them, too. They view the PKK as an Assad-friendly terrorist organization.

People have to pay these days, but the poor cannot afford to. Moreover, the behavior of some SNA brigades in some parts of Afrin is no encouragement to return.

For the last four to five months, there has been an increase in Kurdish returnees. Quoting KDP-S leadership, Kurdish Ark News reported on September 10, 2021, that over 770 families had returned to Afrin City by now.

How come there are empty houses in the Tal Rif’at? At least 100,000 Arabs fled to the Turkish border. The YPG was heading more north to the Arab town of Azaz and paraded bodies of FSA fighters at a truck in Afrin in late April 2016. In March, locals in Azaz told me that parading their brothers, sons, and neighbors like this was a new low between FSA and YPG in that area: ”This means war.”

“How is the current situation?” I asked at the office of the Association in March. “It depends from brigade to brigade: in some areas, it is good, in other areas it is average, and in some areas, it is still bad” they answered. “In the areas of al-Jabha al-Shamia, things are good. But things are bad in Ahrar al-Sharqiya areas.” Fair enough, I had expected Afrin empty of Kurds, apparently fed by Western media. “You guys only get your information from the YPG side,” they explained.

The KKS also works with the RRC, an initiative by the biggest SNA brigade al-Jabha al-Shamia. This Committee takes complaints from everyone, but in Afrin, it is from Kurds, so possessions may be returned to their righteous owners. I met the Committee.

The chair, Mohamed Shattouf, was rather shy, but the less shy Kurdish lawyer, Mohamed Salama, did most of the talking. He told me they just got back from Ra’s al-Ayn that morning, where they also started this work.

There are many IDP’s in northwestern Syria; one sees tents everywhere, also in Afrin. Many IDP’s are from eastern Ghouta, forcibly displaced by green buses to northern opposition areas, “and when they sit in a tent with little children and see a house empty, they go inside. When the Kurdish owner returns, they mostly leave the house. For example, we give them a two days’ notice to leave. Problems arise when a house is taken by certain brigades. In Tal Rif’at, Kurds live in the houses of Arabs who had to flee from the YPG in early 2016.”

During my second field trip to the area, I heard this work was halted due to many hardships. This does not stop KKS and Kurdish Civilian Shamia leader Ahmad Misto though. On the contrary, Misto or ‘Abu Razlan’ used to train fighters, but since 2018 he has been focusing only on fixing things for the Kurdish civilians here, he explained. “At the beginning of the liberation of Afrin, I was only busy trying to prevent people from leaving. Then we managed to get whole convoys of people fleeing back,” he says.

I met several returned families. Each family story is quite different.

One man in Afrin City told me he had returned from Aleppo by smugglers. “The economic situation in Aleppo is so bad, government employees can only live three days on their salaries, so they all need remittances from outside. I am here to make money for my family. I left them in Aleppo because education is better there. I had to pay $2,000 to get here, and I’ll go back in a few months. I had rented my pharmacy to someone else, but she has one of her own now, so I could immediately start working again.”

In the northwest of the Ma’batli district, I met with Sulayman and his family of five. He had arrived three weeks earlier, via the long route: “We fled during the Olive Branch Operation in 2018. We found a house in Tal Rif’at, but after a few months, We wanted to get back. We packed our stuff but were halted by the YPG checkpoint. We tried in vain for ten days in a row. There was even shooting going on. Then we wanted to go to Aleppo, from there, but could only do that by paying smugglers from Nubul-Zahraa (regime area) who had stopped us. We had to pay $390 for only a twenty minutes drive. In Aleppo, I worked as an electrician. However, that work stopped because the employers had no work anymore, so I decided to return to Afrin, the only possibility was via near Kobani.” He took a service taxi, facing seven regime checkpoints between Aleppo and Tabqa where he had to pay 150,000 SYP several times.  From near Ayn al-Arab to Manbij, and via smugglers of Manbij, they managed to cross the small Sajour river.

“The smuggler asked $250 per person, but counted the youngest children as one, so we paid 1,000 dollars to cross the river for five persons. The river separates the YPG/SDF from opposition-held areas. On the other side, an FSA group with walkie-talkies waited, welcomed them back, and investigated them.” They also asked for money, about 5,000 SYP Sulayman said. “From there, a driver brought them to Jarabulus, and in Jarabulus, Sulayman negotiated with another driver to get to Azaz. At the first three checkpoints, there were long investigations. They welcomed us and asked for money, 5,000 or 10,000 SYP. At one checkpoint, they asked me how Doctor Bashar al-Assad was doing. I told them I don’t know him. They asked: ‘Don’t you know Mr. President Dr. Bashar al-Assad?’ I told them: ‘We heard about him but…”

“Because Sulayman came from the regime area, he only had a regime ID. So, they calculated he could be a shabiha, a regime thug,” Misto explains. “With all the explosions and problems, I understand they wanted to investigate me, and I am not angry about that. But after the second time, I did get scared though. How many checkpoints were still to come?” They left Manbij at 8 a.m., and at 10 p.m. they arrived at Mohamed’s parental home in the Ma’batli district. The road should normally take three hours at the max. From the checkpoint near Azaz, no money had been asked. And after Afrin City, there was no stopping at checkpoints at all anymore. Could you get back to your house? “It was taken by someone else, but my sisters in Afrin filed a complaint with the RRC and got it back. All the furniture is gone, that is why we are here at my parents’ home, I can’t afford to buy it all now. But the house is back.”

“So, when he fled from the repressive PKK who ripped him of money, he comes back here, and he is ripped again,” Misto says.

“Look, the Committee came into existence and we, the Thirds Corps (al-Jabha al-Shamia), shaped it in September 2018, within the frame of the Third Corps, and the RRC was exactly in May 2020. This was shaped after the conference of Bulbul in mid-March 2020,” Misto explains. 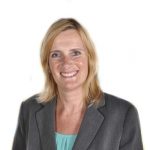