After taking control of Daraa Governorate, the regime failed to control the security situation or repair the infrastructure damaged by the war, in conjunction with a stifling economic crisis in the regime-controlled areas in general, which directly affected the living conditions of Daraa residents in particular. The past three years have been characterized by an increasing deterioration of the security situation through assassination attempts, as the number of these attacks, according to local observer Daraa Martyrs Documentation Office, has reached 1,000 assassination attempts that claimed the lives of more than 500 people. The majority of these assassinations, done by unknown gunmen, were against former fighters in the ranks of the armed opposition, as Daesh/ISIS attacks against regime forces continue throughout the province.

The Assad regime tried hard to mobilize its supporters to participate in the celebrations and the presidential election in late May, and the regime, through local branches of the Baath Party and pro-militia, called on citizens to participate in the celebrations and vote to show popular support for the regime. However, the people of Daraa Governorate did not respond to these calls, driven by their continued rejection of the regime and their dissatisfaction with the living and security situation in the governorate, despite the regime’s attempts to appease the population by extending exemption from compulsory service for young men and starting some infrastructure projects such as water and electricity. However, many local anti-regime activists in most of the cities and towns of the eastern and western Daraa countryside announced their refusal to hold the elections and called for boycotting them, as hundreds demonstrated in the square of the famous Omari Mosque in Daraa al-Balad on election day.

The boycott of the elections by the people of Daraa increased the anger of the regime against the locals, especially with the increase in attacks after the elections. On June 22, regime forces tried to establish military checkpoints inside the Daraa al-Balad area without consulting with the Central Committee of Daraa, which is composed of notables from the region and former leaders in the opposition ranks. Later, regime forces responded by closing all entrances and exits to the Daraa al-Balad area, with the exception of one crossing. The security checkpoints reduced the entry of medical and food items, causing an increase in prices, as well as imposing restrictions on entering and leaving the area, a siege similar to the siege imposed by the regime forces on the area at the beginning of the uprising in 2011. After a month of siege and negotiations between the regime forces on the one hand and the Central Committee under Russian auspices, the two parties reached an agreement on the 27th of July that included the surrender of light and medium weapons and a new reconciliation for the young men, in addition to the installation of three checkpoints belonging to the Military Security Branch in return for stopping the siege and security tension. But before the implementation of the agreement, the Iranian-backed Fourth Division launched a military operation while shelling the Daraa al-Balad area. Before local armed men around the province responded to this attack by attacking regime military checkpoints, managing to control 33 of them, and capturing about 80 soldiers while cutting off the Damascus-Daraa highway. This escalation was faced by a further escalation by the Fourth Division, which expanded the ​​bombardment\shelling not only on Daraa al-Balad but also on other villages such as al-Yadouda, which led to the death of 18 civilians, including 3 children, while both sides, the Central Committee and the regime, are still trying to reach an agreement under Russian auspices.

The recent developments in Daraa show the population’s resentment and discontent with the regime, specifically Iranian-backed forces such as the Fourth Division and Hezbollah, mainly because the Assad regime did not release detainees, but rather arrested hundreds in the past three years. On the other hand, the solidarity of many of the cities and towns in the governorate with Daraa al-Balad clearly shows the cohesion of the local community, despite the regime’s attempts in the past three years to destroy this cohesion through assassinations.

These developments also prove Iran’s attempts, through the Fourth Division and Hezbollah, to expand inside the governorate towards the borders with occupied Palestine and Israel or with the Jordanian border in the south, to install military posts that can be used for reconnaissance or recruiting some residents. But, this contradicts the previous agreements between Israel and Jordan on one hand and Russia on the other, prior to the regime’s control of southern Syria, when Russia pledged to keep Iran’s militias away from the two countries’ borders. This expansion can also be considered as a direct response to Jordan’s King Abdullah II’s recent statements about Syria, in which he hinted that Arab and foreign countries could change their approach to the Assad regime in order to try to push it away from Iran, and the King revealing that Iran attacked Jordan with drones.

On the other hand, this shows how Russia has different priorities from the ones of Iran and the regime with regard to southern Syria. While Iran and the regime are trying to regain absolute control over the region, Russia wants to calm the situation in an attempt to reassure Israel, Jordan, and the United States that it is committed to previous agreements, as Russia is trying to demonstrate the success of the reconciliation agreement in an attempt to expand it to other areas in Syria in the future, such as the northwest and the northeast.

With the continuation of negotiations between the two parties under Russian auspices and the cautious calm in the governorate, several scenarios emerge for Daraa Governorate in the coming period. The most expected scenario remains the implementation of the initial agreement on July 27 to hand over medium weapons and displace wanted men to northern Syria with the limited entry of regime forces accompanied by members of the Eighth Brigade, a Russian-backed military faction affiliated with the Fifth Corps in the regime’s army, that includes former opposition fighters from Daraa under the leadership of Ahmed Al-Awda, former leader of the Sunni Youth faction. The Eighth Brigade currently controls the city of Bosra al-Sham and its suburbs, and is widely accepted by the residents of Daraa al-Balad compared to other regime forces. The second scenario is a return to the previous situation with the regime’s inability to impose its demands in exchange for a new reconciliation with the region’s youth, while the scenario of further military escalation remains weak at the moment due to Russia’s unwillingness to any escalation that would undermine its strategy inside Syria.

Suhail al-Ghazi also contributed to the writing of this opinion piece. Suhail al-Ghazi holds a Bachelor of History degree holder from Damascus University. He is a research assistant at ORSAM and he is specialized in security, economy and governance in regime-held areas. 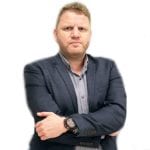