Initially, we need to recall a historical reality that, Qatar’s earlier limited normalization with Israel during the 1990s was sharply criticized by the countries which currently led the normalization process and the embracement of Israel. Therefore, claiming that Qatar is against the current normalization process misperceives the existing realities and misguides us on Qatar’s formal and, in fact, more realistic and principled stance. Why then has Qatar welcomed earlier contacts with Israel in the middle of the 1990s and currently takes an opposite stance towards the contemporary UAE-led process? This piece traces the origins of this question and intends to present a framework to find out the reasons behind the seemingly contradictory positions.

If we recall that there was a reconciliation process during the 1990s between Palestine and Israel and that these two countries signed several peace deals to end such long-standing conflicts, Qatar’s leaning towards an informal normalization can be easily captured. That means Qatar is linking its position towards a possible normalization with the negative or positive developments on Palestine-Israel reconciliation.

Being aware of the domestic reflections on the regime’s legitimacy, Qatar awaits a progress on the resolution of the dire and multifaceted problems encountered by the Palestinian people.

Therefore, Israel’s radical policies towards the Palestinian people, its lasting occupation of the Palestinian lands, its refusal on the right of Palestinian refugees to turn back, its prevention of the creation of an able and effective state in this region, and other associated problems always undermine the possible efforts of the normalization. In other words, as long as these problems continue to exist, there can be no realistic and stable normalization.

Unlike Qatar, contemporary pro-normalization countries led this process to the detriment of the legal-moral of Palestinian rights. In this context, their position is somewhat problematic when considering the ensuing and mounting problems between the two sides. Each country in the region should understand the reality that Israel indeed uses the normalization to suppress the Palestinian side and force them to abandon their basic rights. This understanding involves serious mistakes as they face real and devastating problems. That means, no matter what strategy Israel pursues/adopts to ignore the realities Palestinian people face and to postpone the required reconciliation with the real side, such an indispensable reality will eventually emerge in the future.

This point seems to constitute the basis of Qatar’s approach towards the normalization. In all its announcements, it strongly states its respect for the sovereign decisions taken by the individual countries towards the normalization. However, since it perceives this process as the complete negligence of the united and sovereign Palestinian state, it is not eager to normalize and establish relations with Israel. As seen in the rupture and break of its earlier limited and de-facto normalization with Israel during the 1990s, when Qatar was the first country to let Israel open a trade office in its country to initiate high-level diplomatic contacts, Israel’s military assaults on Gaza and other illegal actions towards Palestinian people reversed this process. This proves that the normalization between Doha and Tel Aviv is closely interrelated with the Palestinian problem. In this sense, it can be stated that other Gulf countries seem to break this relation to leave the Palestinian people to their faith. However, when considering their legitimacy problems, this option can also bring important risks and costs for these regimes since the general Arab public opinion backs the Palestinian cause.

As an important player in the Gulf region, Qatar underscored two important criteria for the de-jure normalization. These are the establishment of the Palestinian state with the capital East Quds and Israel’s recognition of the pre-1967 borders. These criteria and conditions were already accepted by relevant UN resolutions and the 2002 Arab Peace Initiative. Therefore, its position follows the necessary international mechanisms and principles. However, Qatar still respects Israel’s sovereignty by consulting with it when providing humanitarian aid, specifically to the people of Gaza. In this sense, despite the arising conflicts between the two capitals depending on the Palestine-Israel tension, Doha always seeks Israel’s approval for its possible economic-political initiatives in this region. This clarifies that Doha has indeed a special position in this problem since it has better relations with Hamas, which controls the Gaza region along with other Palestinian factions. This position occasionally enabled Qatar to play a facilitator role to at least ease the tension and to initiate dialogue. In other words, while Qatar maintains its positive relations with all Palestinian factions and brings their problems to the international agenda, it also admits to a de facto recognition of Israel’s existence. To take one step further and to announce de jure recognition of Israel, Qatar expectedly points out the basis of the problem and necessary resolution of this long-standing conflict, in accordance to relevant international resolutions and the 2002 initiative. In a word, without a thaw and stronger progress on the establishment of a Palestinian state within the scope of international principles, there would not be a de jure normalized relation between these two capitals. 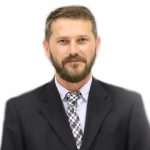