These crowds were a mixture of spontaneous masses, as well as others affiliated with the political-armed forces backed by Iran. In this regard, a video spread in social media of a member of the Iraqi parliament, who belongs to the Al-Asayeb movement led by Qais Al-Khazali, showing that MPs participated in the demolition of one of the Sarkhi mosques in Babil province.

The “stated” reason for these events was angry “popular” reactions, due to the spread of videos of religious sermons delivered by Sarkhi’s agents in several of their mosques. These sermons included talks about the lack of “religious legitimacy” to build shrines on the tombs of guardians. This matter was considered by many Shiite clergy and politicians, as well as Shiite religious institutions, as an insult and a dangerous step targeting the shrines of Ahl al-Bayt. However, Al-Sarkhi’s agents did not mention a specific shrine in their sermon. The Sarkhists also claimed that their opinion about the illegitimacy of shrines is based on hadiths quoted from Imam Ali bin Abi Talib, found in all main Shiite books, such as “Al Kafi”, “Wasa’il Al-Shi’ah” and “Jami Hadiths Al-Shi’ah”. However, Shiite clerics who reject Sarkhi views say that the Sarkhist interpretation of these hadiths is erroneous and is considered an “ideological deviation.”

Although Muqtada al-Sadr issued a statement during the outbreak of this crisis, calling for not demolishing the Sarkhi mosques and merely closing them, the Sadrists were clearly present among the angry crowds that stormed the Sarkhi mosques and offices. Muqtada al-Sadr had also issued a statement when the sermons of al-Sarkhi’s agents spread before the outbreak of the crisis, in which he called to stand firm against the statements of the Sarkhis about the illegality of shrines.

These developments led to the involvement of the judiciary and government security services in these tensions, as the National Security Service announced the arrest of 29 people, from Sarkhi’s followers, on charges of “religious extremism” in the provinces of Baghdad, Dhi Qar, Babil, Qadisiyah, Muthanna, Basra, Maysan, Wasit, and Al-Najaf. Later, the Iraqi judiciary issued an arrest warrant for Shiite cleric Mahmoud Al-Sarkhi, who has been outside Iraq for years. The Al-Amarah Investigation Court in Maysan province in southern Iraq issued an arrest warrant against Al-Sarkhi in accordance with the provisions of Paragraph 1/A of Article 372 of the Iraqi Penal Code, which states that “punishing anyone who publicly attacks a belief of a religious sect or degrades its rituals.”

The supreme Shiite authority in Najaf, the Marjaa, represented by Ayatollah Ali al-Sistani, has not expressed its opinion so far about the talk of al-Sarkhi’s agents about the illegality of building shrines, neither about attacking, burning and demolishing their mosques, nor about the prosecution of members of the al-Sarkhi movement.

Mahmoud Abd al-Ridha Muhammad al-Sarkhi al-Hasani is a religious authority in the Twelver Shi’a sect with the rank of “mujtahid” or “faqih”, and currently has a few thousand followers. Within the standard of “numbers of followers,” al-Sarkhi does not represent a religious authority with heavy weight or influence in the Shiite world. However, by calculating the ideas he presents, al-Sarkhi represents a historical intellectual rebellion or revolution against the traditional intellectual system of the Shiite sect, and an important sociological phenomenon in the Shiite community in Iraq.

Al-Sarkhi became popular after 2003. He was famous for his strong opposition to Iranian religious authorities, his rejection of Iranian policies in Iraq, and his bold opinions and stances in which he differs from the rest of Shiite clerics. Sarkhi has always issued strong positions against Shiite political leaders, and even issued several religious fatwas that contradict with those of the supreme Shiite authority in Najaf. Therefore, the traditional Shiite figures and institutions always express their resentment towards Al-Sarkhi, his followers, their activities and their ideological trend. Al-Sarkhi crossed red lines in the traditional Shiite intellectual system according to Shiite authorities and institutions.

On the other hand, Al-Sarkhi is distinguished by the fact that his speeches and sermons emphasize the illegality of attacking the religious and historical figures and symbols of the Sunni sect, and he constantly praises them. During the sectarian tensions in Iraq in 2005 and the years that followed, Sarkhi called for the establishment of a civil state in Iraq, and for building good relations between Sunnis and Shiites. Al-Sarkhi rejected the US occupation of Iraq and all its results, and called for the project of reconciliation and forgiveness in Iraq.

Al-Sarkhi left Iraq after 2003 due to his feeling of insecurity, and his followers are keen not to announce his place of residence, but there is almost certain information that he lived in Syria for a few years, and then left to an unknown destination before the outbreak of the conflict in Syria. Some of Sarkhi’s opponents indicate that he travels between Gulf countries, but this information has not been officially confirmed.

The recent events were not the first time that the al-Sarkhi movement was targeted. In the summer of 2014, government forces accompanied by some Shiite militias targeted al-Sarkhi supporters and their offices in Karbala and other Shiite cities, in response to al-Sarkhi’s stances against former Prime Minister Nuri al-Maliki. Other stances taken by Al-Sarkhi at that time were considered contrary to Sistani’s fatwas. A number of Al-Sarkhi’s followers were killed and wounded in those campaigns, and dozens of them were arrested.

The remarkable is that, despite all the repeated targeting campaigns against Al-Sarkhi and his supporters, mosques and offices affiliated with his movement have maintained their presence in Shiite Iraqi cities. Furthermore, Al-Sarkhi’s lectures, publications, and religious sermons are increasingly widespread in social media, in addition to the continuation of the activities of believers in the ideological trend of Sarkhi. Al-Sarkhi’s opponents accuse him of receiving support from some Gulf states and their Sunni religious institutions, but they have not provided evidence for their accusations.

When the clash of religious beliefs becomes a political opportunity

Since the last elections in October 2021, Iraq has witnessed a political “blockage” that prevents the formation of a new government, due to the continuing dispute between the Shiite Coordination Framework Coalition, which includes the political-armed forces backed by Iran, along with a group of Kurdish and Sunni MPs on the one hand, and the Sadrist movement and its allies from remaining components, the Kurds and Sunnis, on the other hand.

The Shiite coordination framework insists on a consensual government project like previous governments by uniting the Shiite political forces in one bloc, which would become the largest parliamentary bloc, and establish the central core for forming the next government with a “symbolic” partnership from the remaining political components of Kurds and Sunnis.

The Sadrist movement, for its part, insists that it is the first winner in the elections, both at the level of Iraq and at the level of the Shiite areas, and they refuse to repeat the formulas of previous consensual governments which have proven their failure, and that the Sadrists adopt the project of a national majority government that includes them with the winning lists in the first ranks from Kurdish and Sunni political forces.

Therefore, the forces of the coordination framework accuse the Sadrists that their position creates a division in the “Shiite political house”, which will lead to the weakening of the Shiite representation in the next government. The Sadrists refute these accusations, accusing the framework forces of seeking to preserve their partisan interests, not the interests of the Shiites.

During the recent targeting of the Sarkhists, the leaders of the political-armed forces within the Shiite coordination framework raced to show their support for the campaign of eliminate the Sarkhis. Most of them referred to the Sarkhist phenomenon as evidence of the multiple risks aimed to weakening the Shiite sect, which requires societal and political solidarity from all Shiites in order to protect the Shiite sect – according to the statements of the leaders of the coordination framework.

It is clear that these statements from the coordination framework are messages to the Sadrists in order to reconsider their position on forming the government, and to return to the coalition with the rest of the Shiite political parties to form the largest parliamentary bloc. There is even a hypothesis that the coordinating framework forces are the ones who sensationalize this problem, and they instigated the attack on the Sarkhi mosques and their offices to create a problem within the Shiite sect, embarrassing the Sadrists and pushing them to ally with the framework forces. What can support this hypothesis is that the Sarkhists gave a jurisprudential opinion that could have been simply refuted or responded to with another jurisprudential opinion, without the need to demolish and burn their mosques and the arrest campaigns they were subjected to.

Fabricating problems such as the al-Sarkhi issue has become a well-known approach adopted by some Shiite parties participating in authority in Iraq after 2003, which resort to sectarian incitement and raising sectarian slogans whenever the popular anger against them intensifies, to conceal their political failure and their involvement in corruption on the one hand, and to introduce themselves as protectors of religious authority and the Shiite sect on the other. 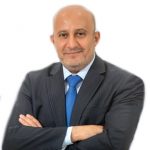