Lebanese leaders agreed on a new government led by Sunni Muslim Najib Mikati on September 10 after a year of feuding over cabinet seats that have exacerbated a devastating economic collapse, opening the way to a resumption of talks with the IMF. “The situation is very difficult. But it’s not impossible if we united as Lebanese. We have to put our hands together,” Mikati told the press on September 10. “We are all going to work together, united with hope and determination.” With the government now formed, Parliament will soon convene to issue a vote of confidence for the Mikati government.

Despite the establishment of the government, the problems of Lebanon do not seem to be resolved in a short time. When the economic problems are evaluated on a basic level, it is seen that four critical factors come to the fore: the depreciating Lebanese lira, inflation, shortages, and the shortage of reserves and corruption.

Like in many Middle Eastern countries, the Central Bank of Lebanon follows a fixed exchange rate policy. While three Lebanese liras were equivalent to one American dollar in 1980, the equivalent of one American dollar exceeded 2,500 Lebanese liras in September 1992 due to the Lebanese Civil War that started in 1975. Moreover, the serious depreciation experienced in such a short period of time continued after the end of the war. Although this level was not observed again, the Lebanese lira-US dollar exchange rate hovered around 1,500-1,700 in the following years. In such an environment, the current government and the Lebanese central bank, which both needed investment for the reconstruction of the country and had difficulties in maintaining the value of the currency, decided to switch to a fixed exchange rate regime in December 1997 and fixed the Lebanese lira at the level of 1,507.5 to the dollar. However, the government’s subsidy policy, the simultaneous maintenance of the fixed exchange rate regime and the implementation of different exchange rates for different segments within the country caused the Lebanese lira to be traded at three different prices: those determined by the Central Bank, other banks and the black market. Moreover, the figure of 1,507.5 to the dollar, which the Central Bank has determined as the official exchange rate since 1997, could neither go beyond the rate used by the government in subsidies and official affairs, nor it ever brought the expected investments or prevented the depreciation of the Lebanese lira.

Continuing to lose value over time, the Lebanese lira was traded around 8,000 in August 2020, when the Beirut Port explosion took place. However, this explosion was the first period in which the depreciation of the Lebanese people, which almost melted their incomes, began to be felt. Even though it has not been a year since the explosion, the dollar rate is being traded over 17,000 lira in the black market. Despite political uncertainties, downgraded credit ratings and corruption scandals that reduced confidence in the government, the Lebanese Central Bank’s failure/inability to intervene in the process weakened the purchasing power of the Lebanese people, and the Lebanese faced losses of up to 80 percent even in their investments located in banks.

In addition to the depreciation of the Lebanese currency, one of the most pressing economic problems for the Lebanese people is inflation, which has reached 500 percent for some products. Even though the Lebanese lira depreciates against the dollar, the government supports the public with subsidies on many products, especially basic foodstuffs, and ensures that products are offered to consumers at affordable prices. However, monthly inflation of 300-400 percent in products such as bread, diapers and baby food, medicines, fruits and vegetables directly prevented people, especially the low-income group, from accessing these products. According to data published by the Lebanese government’s Central Statistics Administration, inflation was 146 percent in December 2020 compared to the previous year. Meanwhile, the price of food and non-alcoholic beverages rose by 402.3 percent, alcoholic beverages and tobacco products increased by 392.5 percent, and clothing and shoes increased by 559,8. At the same time, prices of foods & beverages and accommodation increased by 609 percent, and the costs of furniture, household appliances and routine maintenance increased by 655.1 percent. Despite the cumulative decreases in inflation rates in the following months compared to December 2020, this sharp increase continued to affect the Lebanese people.

Exorbitant prices, problems in paying subsidies and stockpiling have led to the disappearance of almost all consumer products, especially basic foodstuffs. Importers state that the government has difficulties in exporting many products because it has difficulties in obtaining foreign exchange at the official rate, and both exporters and sellers almost refuse to sell their products due to the concern of a possible supply stoppage. Moreover, the fact that products sold at subsidized prices are smuggled out of the country and sold in different countries better illustrates the shortage of basic foodstuffs in the country. As a matter of fact, images showing that many products with labels “subsidized by the Lebanese Ministry of Economy and Trade” are on market shelves in various countries around the world, including Sweden, Nigeria, Ivory Coast, Turkey and Kuwait, are the most obvious examples of this. Additionally, problems in the supply of products subsidized and imported by the state also cause shortages. There are problems in the supply of many products, especially health products and medicines, as a result of the government’s delay in payments. However, there is also data showing that these segments, especially pharmacies, prefer to store products rather than sell them due to the continuous increase in prices and the problems stemming from the supply chain. According to the statements of the Lebanese Pharmaceutical Importers Union, although some medicines are imported 2-3 times the demand in the same month of the previous year, Lebanese people continue to have problems finding medicines.

The monetary policy of the Central Bank of Lebanon, shaped within the framework of the fixed exchange rate regime, capital control and subsidies, has made the country more fragile and caused the problems experienced in foreign exchange inflows to be reflected quickly and directly on both the public and the country’s foreign reserves. Lebanon, which has been maintaining a costly fixed exchange rate regime and subsidy system for a long time, entered a period in which its foreign exchange reserves have almost melted in recent years due to the difficulties it has experienced in terms of both foreign investment and borrowing. Because Lebanon, which had a relatively good period in the 2007-2017 period, had a total foreign exchange reserve exceeding 40 billion dollars in 2017, and had a relatively comfortable period in terms of exchange rates during these periods. Moreover, the remittances sent by Lebanese immigrants to their countries until this period strongly supported the Lebanese economy. However, the political problems experienced over time also directly affected these foreign exchange revenues. As a matter of fact, the problems between Lebanon and Saudi Arabia in 2017 seriously affected the income from Lebanese immigrants into the country, and a decrease of around seven percent in the remittances sent to the country was observed. In addition to the decreasing foreign exchange revenues, the salary increase made for public personnel in the same year also pushed the government to borrow more. As a result of increasing public expenditures, more borrowing to finance these expenditures, and increasing credit, Lebanon, which entered a vicious cycle of debt, became the third most indebted country in the world after Greece and Japan.

Prime Minister Saad al-Hariri promised $11 billion in support for reforms at an investment conference held in Paris in 2018, but the fact that reforms were not on the agenda prevented aid from arriving. In this context, decreasing remittances and loans and increasing debt obligations have gradually depleted Lebanon’s foreign exchange reserves. Moreover, the state has not been able to maintain an effective method due to interest payments that consume almost half of its revenues, and malfunctions have emerged even in basic municipal services such as power cuts, the fight against smuggling, and even garbage collection. Consequently, the government’s turn to Central Bank reserves to meet all kinds of needs caused it, which had already fallen to $36 billion in 2018, to decline to $24 billion the following year.

Despite its alarming economic parameters, Lebanon has not been able to get the help/credits it wants, neither from foreign countries nor from international organizations. Instead, these countries responded to Lebanon’s requests for help with reform demands, and the promise of $11 billion in aid voiced in 2018 was canceled because no reform was made. Lebanese-Iranian relations and the strong position of the Lebanese Hezbollah in the country are behind the insensitivity of the international community to the Lebanon crisis. The first condition of the countries that state they can help Lebanon is the establishment of a new government and indirectly reducing the power of Hezbollah. However, considering the current situation in Lebanon, it is possible to evaluate the situation as a knife-edge, as the influence of Hezbollah is increasing in the country and as it is coming to the fore as the first actor in many cases where the state is insufficient. For example, while the government was incapable of tackling food shortages and inflation, Hezbollah established markets across the country and distributed shopping cards. After recent problems in electricity and fuel increased in the country, Hezbollah stated that it could import gasoline and gas from Iran, and the Iranian side stated that it would support Lebanon under all circumstances. In such a situation, the pressure posed by EU countries and international organizations on Lebanon regarding Hezbollah offers nothing other than deepening Lebanon’s problems and increasing Hezbollah’s influence in the country.

As a result, It is not possible to achieve stability in Lebanon unless the elections planned for 2022 are not held and structural political and economic problems are dealt with decisively. 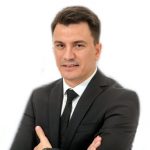 Recep Yorulmaz is an economist with research and teaching experiences in public economics, public finance, fiscal policy, and Islamic finance. His current research interests focus on the topics of middle eastern economies affiliated with ORSAM. He has various papers published in national and international refereed academic journals and non-academic analyses under ORSAM.