In order to listen to the article, click on the audio clip below:

Since the early moments of the Russia-Ukraine war, the Palestinian people have been following the events in the region cautiously. This is not only linked to the Western powers’ double standards in the way they reacted to the Ukrainian refugees and resistance, but to the fact that Israel is planning to exploit the ongoing crisis in Eastern Europe with a view to finding a solution to what Israeli policymakers term the “Palestinian demographic danger.”

A fresh study, released by a journal affiliated to the Israeli Ministry of Intelligence in July 2020, indicated that Tel Aviv sees demography as the most critical ​​menace to its national security. According to the “Jewish nation-state law” which the Israeli Knesset enacted in 2018, Israel has since defined itself as a country for the Jewish people. Therefore, the country’s leaders must maintain a demographic balance in which an absolute majority should be guaranteed for the Jews. Hence, the Israeli leaders are looking to the Ukraine crisis as an opportunity to maintain a positive balance of Jewish immigration from the diaspora to Israel, with reports denoting that Israel is planning to bring at least 200,000 Ukrainian Jews in the first six months of the crisis, given the fact that the number of Palestinians living in historical Palestine, which includes the demarcated lands of 1948, the West Bank, and the Gaza Strip, has been rising steadily, deepening the Israeli demographic crisis.

The Israeli concern was actually asserted via Human Rights Watch (HRW) and Amnesty International reports regarding the miserable situation of the Palestinians living in the occupied territories and, most specifically, those living inside Israel, with the two major NGOs calling these policies nothing but “full-fledged apartheid.”

The Amnesty International report commented on the Israeli demographic war against the Israel-based Palestinians by saying: “Successive governments have designed laws and policies to ensure the continued fragmentation of the Palestinian population. Palestinians are confined to enclaves in Israel, the West Bank and the Gaza Strip, and the refugee communities, where they are subject to different legal and administrative regimes. This has had the effect of undermining family, social and political ties between Palestinian communities and suppressing sustained dissent against the apartheid system, while also helping to maximize Jewish Israeli control over land and maintain a Jewish demographic majority.”

Israeli apartheid policies have just targeted the newly-oppressed Ukrainian people too, with the Kyiv ambassador to Tel Aviv slamming an Israeli decision to send dozens of Ukrainian refugees back after disclosing that they are Christians, not Jewish. This shows that the apartheid regime in Israel is not only discriminating against the Palestinian people but also the Ukrainians and against every human being who is not Jewish or has no Jewish origin.

Commenting on the incident, the Ukrainian ambassador to Tel Aviv, Yevgeny Kornichuk, lamented that he was “extremely disappointed” to see Israel expelling dozens of refugees who fled the war from their country and denying them entry upon their arrival at Ben Gurion Airport.

Haaretz’s editorial has described this behavior as a “scandal,” and added that “while the world is mobilizing to help Ukrainian citizens flee their country, Israel is defending its borders so as not to harm the purity of Jewish nationalism. This is unforgivable. The world sees everything. If Israel does not wake up and realize that it is a part of the international community, with duties and not just rights, this will have a price.”

However, Israel looks at this crisis as an opportunity and hopes to bring hundreds of thousands of Ukrainian Jews — roughly 250,000 — to fill the gap left by large swathes of vacant cities where there is an Arab majority. Mainly, in the northern city of Galilee, where 56 percent of the local population are Arab Palestinians, and in the Negev desert, in southern Israel, where there are large enclaves of uninhabited areas. Many Israeli leaders were eager to maintain a Jewish majority in the two strategic regions which account for roughly 80 percent of Israel. Meanwhile, David Ben Gurion, one of Israel’s founders and its first prime minister, once said that without the desert of Negev, “Israel would hardly be a state and hardly Jewish.”

Israel is also drooling to bring Jews from Ukraine with a view to housing them in the settlement units of the occupied West Bank. Israel needs these settlers to create a shield protecting the apartheid state from the demographic growth of the Palestinians. There are around 440,000 Israeli settlers living in the illegal settlements of the West Bank, with an increase of 42 percent since 2010.

According to the latest figures, the year 2021 saw the number of Palestinians in the Gaza Strip, the West Bank and those based in Israel approach 7,253,000 Palestinians, which, for the first time ever, came close to the number of Jews that stood at 7,4 million. Israel is looking at these numbers as a threat and is striving to invest in the Ukrainian crisis.

The occupation forces are always opportunists. This was seen in the brazen behavior in the very early times of the occupation that paved the way for the establishment of Israel. This was also recently noticed during the COVID-19 pandemic in the covert operations of Mossad to seize control of vaccines and ventilators. As an occupying power, Israel will seize every possible opportunity to consolidate its occupation and expand its control over the Palestinian lands but no one knows how the Palestinians will react when they see refugees flowing to settle on their lands while they are not allowed to do so and denied their right to return.

A new round of confrontation is expected, though I am not ruling out a Third Intifada. 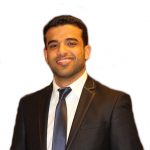