As it was anticipated for quite a long time, the Iranian presidential election ended with the victory of Ebrahim Raisi, a hardline cleric and the current chief of the judiciary. The June 18 election was perhaps one of the most controversial presidential elections in Iran since the establishment of the Islamic Republic in 1979. Prior to the registration of candidates, the Guardian Council – the conservative-led body in charge of vetting the candidates – amended the election laws in such a way that some well-known figures, such as reformist politician Mostafa Tajzadeh had no chance to qualify from the outset.

The main surprise came when the Guardian Council disqualified not only all the prominent reformist and moderate candidates but also well-known conservative figures such as former Parliament Speaker Ali Larijani. From then on, it became clear to almost all observers that the so-called “hard core of power” in the Islamic Republic, made up of hardliners loyal to Supreme Leader Ayatollah Ali Khamenei, intended to make Raisi president at any cost. Eventually, with more than half of the eligible population deciding not to vote, that prediction came true.

Much has been said already about the prospects of Iran’s domestic and foreign policy in the post-election period. But aside from general discussions on the future direction of Iranian politics in the new era, the recent election process and its results imply at least three key issues in Iran’s political sphere:

The process that led to the victory of Ebrahim Raisi showed that the Islamic Republic is more interested than ever before in a homogeneous and integrated state structure. In this new structure, not only is there no room for reformists and moderates at the highest levels of power, even many traditional conservatives, such as Ali Larijani, are also marginalized. Many observers believe that the main reason for this emerging trend is that the political system is preparing for a possible transition to a new Supreme Leader in the coming years – in the event of Ayatollah Khamenei’s death. In this vein, some argue that Raisi is the hardline camp’s preferred choice to replace Khamenei, and that his presidency is, in fact, a step toward this ultimate goal. But even if we disagree with this proposition, there is no doubt that a homogeneous political system facilitates the critical work of leadership transition. However, although the hardline camp’s dominance over the three branches of government may assuage their concerns for the post-Khamenei era in the long run, it could pose serious risks for them in the short term. For the past eight years, the hardliners have blamed a president from the rival camp for all the social and economic problems. But from now on, absolute dominance will bring inevitable responsibility. As a result, if, under Raisi, the hardliners fail to address the existing social and economic crises, they will have no easy time ahead.

It is not just the hardliners who are in a new and unprecedented position in terms of access to state power. For the first time in 24 years – since the victory of reformist President Seyyed Mohammad Khatami in the 1997 election – the reformist faction is completely removed from the main governmental structures in the Islamic Republic. The first alarm bell rang for the reformists in the February 2020 parliamentary elections, when the reluctance of the majority of eligible voters to participate caused the hardliners to completely take over the parliament. In the run-up to the recent presidential election, the reformist faction was more fragmented and undecided than ever. After the Guardian Council disqualified all the candidates nominated by “The Reformist Front of Iran,” a coalition of mainstream reformist parties, the front formally declared that it would not support any candidate in the election. However, some reformist groups and figures, including Khatami and Mehdi Karroubi, one of the leaders of the 2009 Green Movement, decided to support Abdolnaser Hemmati. Back in 2013, Khatami’s support for Hassan Rouhani and his call on people to vote for him was one of the main reasons for Rouhani’s victory. But this time, things turned out to be totally different. According to the official results, 51.2 percent of eligible voters did not cast ballots, and of those who did, only 8.38 percent voted for Hemmati. The same day, the reformists also lost the City Council election in Tehran, which is of greater political significance than the other cities. As such, in the aftermath of the elections, the reformist camp as a political force has not only lost popular support but is more fragmented than ever. Unless it undergoes a structural overhaul and redefinition of agendas, the reform movement, in the sense we have known so far, will disappear not only from politics but also from Iranian society.

In addition to the reformist camp’s full and unified support, another key factor that helped Rouhani win the 2013 – and then the 2017 – elections were his plan to reorganize Iran’s foreign policy. In 2013, when talks between Tehran and world powers over Iran’s nuclear program had reached a stalemate, Rouhani managed to attract an overwhelming majority of voters by promising to resolve the nuclear crisis, improve relations with the West, and consequently, have the sanctions lifted and improve people’s living conditions. Eight years later, foreign policy issues played only a marginal role in the electoral campaigns, and instead, alleviating poverty and improving the country’s economic situation became a top priority. Indeed, an important reason for this shift in priorities has been that in recent years, especially after the US withdrawal from the JCPOA in May 2018, the role of the Iranian administration in foreign policy-making has diminished in favor of parallel institutions, such as the Supreme National Security Council (SNSC) and the IRGC. Presidential candidates, including President-elect Ebrahim Raisi, stressed the need to remove the US sanctions but saw it only as a necessity for improving the domestic economy, not as a prelude to improving relations with the West. In other words, foreign policy is no more a goal in itself, but it has become a means to achieve other strategic goals. As a result, one should not expect a major positive change in Iran’s relations with the West during Raisi’s presidency. If the JCPOA is revived, Iran will abide by the agreement in order to reap the expected economic benefits, but there is no prospect for a broader agreement between Iran and the West in the years to come. 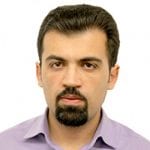 Hamidreza Azizi, Ph.D., is an Alexander von Humboldt fellow at the German Institute for International and Security Affairs in Berlin. He was an assistant professor of regional studies at Shahid Beheshti University (2016-2020) and a guest lecturer at the department of regional studies at the University of Tehran (2016-2018). On Twitter: @HamidRezaAz