Iran-Pakistan ties after the Taliban takeover in Kabul may open a new chapter of more competition and less cooperation between the two key neighbors of Afghanistan.

The previous Ashraf Ghani government had a rocky relationship with Pakistan, which accused Afghanistan of siding with India. Now that a friendly regime is in power next door, the politicians and generals sitting in the twin cities of Islamabad and Rawalpindi are feeling more secure.

At the same time, Iran is understandably feeling more uncomfortable due to the growing diplomatic and strategic profile of Pakistan on its eastern border and Turkey’s growing profile on its western border. It will be difficult for Iran to manage the growing profiles of its two strongest neighbors simultaneously. The Shia ideological state of Iran feels sandwiched between the two non-Arab Sunni powerhouses, as its relations with other major Arab countries such as Saudi Arabia and Egypt are already fraught.

Iran plays its game in the region through various proxy Shia militias. Iran’s power play through proxies will be more rigorously checked by Turkey, Pakistan, and now by Taliban-ruled Afghanistan.

Turkey extended all-out support to Azerbaijan in its war against the Armenian occupation of Nagorno-Karabakh and its surrounding regions. Pakistan’s support for the Taliban has been unwavering since it took control of Kabul. Azerbaijan’s emphatic victory against Armenia in the Second Karabakh War and the Taliban’s takeover of Afghanistan have added to the irony of Iran.

The defeat of the Iran-supported Armenian side against fellow Shia Muslim Azerbaijan has weakened Iran’s position not only in the Caucasus but in many adjoining regions, and the fall of the US-backed regime in Afghanistan has aggravated Iran’s setback in the region. Iran’s position was not only weakened within Azerbaijan and Afghanistan, but it had a huge impact on Iran’s overall statute and power projection capacity in its extended neighborhood.

Not only this, but Pakistan also openly supported Azerbaijan in its war against the Armenian occupation. Pakistan’s flag could be seen along with Azerbaijani and Turkish flags on the streets of Baku and other cities of the country during the war.

All these developments have made Iranian policymakers worried as to how to manage the quick geopolitical changes in the region.

Iran’s criticism of Pakistan’s interloping in Afghanistan and Turkey’s role in Azerbaijan, Syria, and Iraq, etc., has been aggravated in the last few weeks.

Iran furiously reacted against Turkey and Azerbaijan. In response, Pakistan conducted a joint military exercise in Baku last month, while Iran conducted its own war games on Azerbaijan’s border. Iran is concerned that this will embolden the Pakistan-Turkey alliance, forcing Tehran to face a joint diplomatic challenge in future unresolved conflicts such as Syria and Iraq.

Although both Turkey and Pakistan want Iran to play a constructive role in the region and believe that Iran should be kept in the loop regarding the larger power play of outside powers in the volatile region, Iran has its own plans and executes what it believes is in its national interest.

Iran has accomplished considerable success against its regional Arab rivals through its proxy militias. Turkey has already given Iran a tough response in Syria and in northern Iraq, Pakistan’s emergence as an active player will make things much more difficult for Iran.

After the stabilization and international recognition of Taliban-ruled Afghanistan, which eventually will happen, Islamabad will aim to re-establish its strategic role in South and Central Asia. Islamabad is expected to play a more proactive role in the ongoing conflicts in the Middle East such as Syria, Iraq, Yemen, Lebanon etc. where Iran has long been a significant player. In many places, Iran is at odds with Turkey, especially in Syria and Iraq.

It will be a very difficult scenario for the ideologically driven regime in Tehran to manage an alliance with an emboldened Pakistan and a diplomatically and militarily active Turkey that will make Iran’s maneuvering very difficult in the region.

The consequences for Iran, being a neighbor of Pakistan and Afghanistan, will be very significant. To counter these changes, Iran sees an opportunity in India as the continued India-Pakistan rivalry and India’s vulnerabilities after the Taliban victory in Afghanistan provided Iran with leverage to align with India, with which the Islamic Republic has cordial relations.

To counter this imminent challenge, Iran has already started to play its cards by cajoling with its old ally India, as it is the unhappy regional power after the Taliban takeover in Kabul.

During the previous Trump administration, the US imposed tough sanctions against Iran that forced India, to cut its ties with Iran which has consequently been infuriated. As a result, Iran’s collaboration with India is expected to grow in the wake of recent developments in Afghanistan.

India succeeded in persuading the US to exclude the port of Chabahar from its package of economic penalties, and in December 2018, India took over the port’s operations. After the Taliban’s takeover in Kabul which would be enticing to integrate Pakistan’s Gwadar port, both Iran and India would like to maintain the economic viability of Chabahar port.

Iran has to move on a fine thread, unlike in the past, when countries like Russia, Turkey, and Central Asian states were also against the Taliban, during which it was easy for Iran to maneuver its plans. Now, an open alliance with India will negatively impact Iran’s standing in the region when all these countries have established direct contacts and are further negotiating with the Taliban.

It will be difficult for the Taliban to satisfy the demands of its friends and foes who are pressing for an inclusive government in Afghanistan for formal recognition. The Taliban seems unwilling to rehabilitate the former warlords by giving them positions in government. They may include members of other ethnic groups from their own ranks and also include some low-profile individuals and available technocrats from the Uzbek, Tajik, and Hazara ethnic groups.

Iran has troubled relations with four out of seven of its neighbors, having a lengthy gas pricing dispute with Turkmenistan, despised by a large section of Iraqis, leaving only Armenia among the neighbors with which Iran has good ties with. 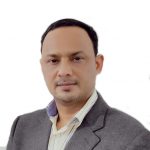