“Iran mobilizes and uses local Iranian-backed militias a lot in this pocket, from Tadef to Nubl and Zahraa,” says Navvar Saban, an Iran and Syria expert from the Omran Center in Istanbul.

“They used to be stuck in Nubl and Zahraa. During the battle of Afrin, several images showed these local militias taking part against the Syrian National Army and the Turks. But now there is a pocket between Nubl and Zahraa and Tadef that allows the local Iran-backed militias to roam freely in this area and always pose an indirect or direct threat. Sometimes they allow the SDF to use their area of ​​influence and control to attack the Euphrates Shield area (Jarabulus -Al-Bab–Marea-Azaz Triangle), or sometimes they participate so that their presence poses a threat to the stability of the area.”

Who exactly are in Nubl and Zahraa, the two Shia towns north of Aleppo, on the border with Afrin and south of Tel Rifaat?

“Mainly from the beginning Saraya Nubl and Zahraa were there and Saraya al-Sayyida Zahraa, and the Jaish al-Mahdi, or al-Mahdi Army. These were the main ones present in Nubl and Zahraa. After the battle of Nubl and Zahraa, the regime was able to break the siege. They are still the same factions but they are all under the umbrella of the local defense forces. Their weapons consist of medium and light weapons. They do have artillery, but not that significant. They do not have strong tanks, but do have small military vehicles such as the BTR and the BRDM.  So, a couple of local factions are present in Nubl and Zahraa before 2015. After 2015, all these factions became part of the local defense forces, so somehow, they are under one umbrella. One might say that all of them are on the same page somehow, even before 2015, because they are in a small area,” Saban explains.

“The area in north Aleppo, in addition to Aleppo, is “occupied” by Iran,” says Kurdish civilian SNA leader Abu Raslan. “And the Russian presence is some simple bases, including the one in Tel Rifaat and two or three more in the northern Aleppo countryside, which the SDF call the Shahbaa canton. The Iranian presence is strongest here, also called Tel Rifaat, and in Aleppo. So for northern Syria, the areas beyond the control of the Free Syrian Army are under Iranian control. Next to the countryside of Idlib of course. The Iranians, with the Kurdistan Workers’ Party (PKK), also control Nubl and Zahraa, and the areas of northern rural Aleppo, what they call Shahbaa.”

And who is at Menagh Military Airbase, between Tel Rifaat and Azaz, the town close to the Turkish border? “At Menagh Airbase, there is a local Iran-backed militia, that’s the first point. The second point is also crucial, that they don’t lead an attack; they are just there,” says Shaban. “And above all, they want to ensure that no military action or operation threatens the route connecting Aleppo to Nubl and Zahraa, so this is the main concern of the Iranians and their militias in that region, they don’t want anything to impose any kind of threat on that route that provides logistical support and other things related to from Aleppo to Nubl and Zahraa,” Shaban explains. From a tall building in Azaz, one can see the Menagh Military Airbase, which is about 10 km from the Turkish border.

Nubl and Zahraa is also the smuggling point for Kurds returning from Aleppo to Afrin. “As for the smugglers in Nubl and Zahraa, their fees are about the same as last year,” Kurdish SNA leader in Merkanli Abu Raslan told the author. “There are those who pay SYP 500,000, which is about $150 per person, and there are those who pay a million SYP – it depends on the smuggler. The other route from Aleppo via Manbij is cheaper, but much longer.”

Iran’s meddling in Kurdish Syria in 2012 and 2013: An anecdote from the heart of events

The Syrian Kurdish National Council (KNC) is the main rival bloc of the PYD and its leader Abdel Hakim al-Bashar, who lives in exile in Erbil, told the author in the following anecdote which allows an interesting look behind the scenes: “In 2012 and 2013 I received several invitations from Iran. Indeed, in September 2013, I visited Iran at the request of their Ministry of Foreign Affairs. Several people welcomed us at the airport. The next day they took us to the security building. And a high representative met us. He started explaining that they have offered the Kurds a lot and that they also want to be of service to us.”

Then, he started asking “what’s your problem with the PYD?” I told him we have two fundamental problems with the PYD, a political problem and a military problem. Politically, we are with the opposition and the PYD are with the regime. We want the regime to leave, and they want the regime to stay. They became very angry because of these words. And we have a military problem, we have troops in Erbil. And we want them to enter Syria. But the PYD troops at the border won’t let them in. And they said: we Iranians can help you with this matter. He left the political side and started talking about the military side.

Those two problems together are very big for us. And they said: ‘we can help you get these KNC troops into Syria, but on condition. Just like the YPG, you follow the regime’s instructions. You can still have your troops in Syria. If you agree, we’ll have them come in tomorrow and give you the money you want and the weapons you want, ammunition, cash and everything.’ And he also said that if you agree to follow orders from the regime, you will get a large part of the administration, the self-administration that will be established. And you can design an administration as you see fit.

A discussion arose between him and me about this. And then he asked, would you like to meet Salih Muslim? And I told him I have no objection. He went to a room and brought Salih Muslim with him. And then he started talking. I was with another person, Saied Omar. The Iranian man spoke fluent Arabic, but there was also a translator. Sometimes the translator made a mistake, and he corrected the translator.

I was very surprised. I thought there would be an appointment later on. I’ll meet him somewhere nearby and then he came into the room here. I did not expect such a warm relationship between Iran and Salih Muslim, not in this form. Then the Iranian said to Salih Muslim what we had discussed earlier. Muslim agreed. Then the conversation turned to whether we could terminate the current Administration so that a new Administration would come. But it turned out that Salih Muslim had reservations about this. He did not decline but had reservations. The Iranians got annoyed and said, “we will decide on what you and Qandil and al-Maliki and Assad should do.” The Iranian said this in a disrespectful manner, in a compelling way. The meeting was in September 2013. Most importantly, after we finished, I said that if I don’t speak to the Iranian Foreign Office, I believe that the meeting did not take place.

I was angry because the invitation was from the State Department. If the invitation had been from security, the answer would have been: ‘The decision rests with us, not with the State Department.’ Then I said to Salih Muslim, let’s go out together for a while. They gave Salih Muslim a very old car, a Peugeot 104, Iranian produced. Salih Muslim wanted to open the door, but the door wouldn’t open, he tried to open the door, but he could not. I said to my colleague, you see the scene. He said, what do you think? This is supposed to be a leader at this level, they don’t care about him at all. That I could see this with my own eyes. And they gave us a big jeep.” 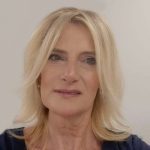