On October 27th, Iraq’s Independent High Electoral Commission (IHEC) started a limited manual recount of over 2,000 polling stations across the country. The decision to implement the manual recount follows a series of formal appeals by most Shia political groups alleging fraud in the October 10 parliamentary elections. Consequently, IHEC invited “agents of the candidates who appealed the results and the observation teams to attend and monitor the recount.”

The Shia groups had rejected the results of Iraq’s October 10 elections soon after they were announced. Shia Coordination Framework (SCF), an umbrella organization housing all prominent Shia political parties in Iraq except for Muqtada Al Sadr’s Sadr Movement, had called for a manual recount of the votes on October 16. The group also declared that they would boycott government formation negotiations if their demands were unmet. Shia cleric Muqtada Al Sadr, the biggest winner in the October 10 elections, had exited from the SCF in July 2021, about three months prior to the elections.

Pro-Iran Shia parties, particularly the Fateh Bloc, had underperformed in the October 10 elections. Fateh Bloc which includes political parties affiliated with armed militias, lost considerable ground, winning only 14 seats as opposed to 48 in the general elections in 2018.

The Shia groups’ rejection of election results is likely an attempt to “manage” their electoral losses. The Fatah Alliance, formed prior to the 2018 elections, was able to translate military gains against ISIS into political influence in the Iraqi Parliament. They are unlikely to relinquish the power they amassed easily.

Hence, the Fatah Alliance mobilized its supporters in Baghdad for a “sit-in protest” in October 19 to protest against alleged foul-play in the elections. Fatah supporters have set up tents and moved closer to Baghdad’s Green Zone since October 19. Iraqi security forces closed the entrance into the Green Zone and set up a security perimeter with an increased security presence. The protesters call for cancelling the election results and “expelling Jeanine Hennis-Plasschaert,” the Special Representative for the United Nations Assistance Mission in Iraq (UNAMI).

Hennis-Plasschaert increasingly became a target not only for pro-Iran political parties but also for armed militia groups. Social media accounts affiliated with armed militia groups circulated a photoshopped image of Hennis-Plasschaert, likening her to a satanic figure. Another picture posted on Sabreen News, a propaganda channel for armed Shia groups, went further, depicting a sea of flames and a tank coming out of the Special Representative’s face.

A source within the SCF who spoke to Amwaj Media recently laid out Shia groups’ escalatory plan to change the outcome of the elections. “First comes the formal appeals, then street protests and sit-in protests, and finally armed resistance will follow.” Although the armed option seems unlikely at this juncture as one of the more prominent political leaders within the framework, Ammar al-Hakim reportedly rejected violence as an option to contest the elections. Shia parties discontent with the election results most likely aim to signal their desire to be included in the next government by threatening to escalate.

Indeed, prospects of a coalition government excluding pro-Iran factions became a reality following the preliminary results. The Sunni majority Taqaddum Party, headed by Parliament Speaker Mohamed al-Halbousi, outperformed all Shia parties except for the Sadrists in the elections, securing 37 seats in the next parliament. Similarly, the KDP secured 33 seats, cementing its position as the dominant party in the Kurdish Regional Government of Iraq (KRG) and opened the door for more collaboration with Baghdad through an alliance with the Sadrists.  As the likelihood of a governing coalition including Shias, Sunnis, and Kurds grows, pro-Iran groups may look to escalate to preserve their seats at the proverbial table. 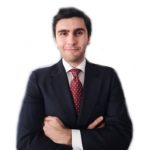