In a latest report published by Human Rights Watch (HRW), ongoing human rights abuses in Syria were highlighted as a means to urge refugee-hosting nations to stop their campaign of sending them back.

The report documented 21 cases of arrest and arbitrary detention, 13 cases of torture, three kidnappings, five extrajudicial killings, 17 enforced disappearances, and one case of alleged sexual violence among 65 Syrian refugees interviewed. Returnees further mentioned lack of job opportunities and access to healthcare as reasons of motivation to return back.

In another report released by Amnesty International in early September, a list of violations including unlawful detention, torture, rape, sexual violence, and enforced disappearances against 66 Syrian refugees were documented. Among the cases listed, five returnees died in detention.

In the Al-Bustan neighborhood south of Zamalka, a town of Damascus, Assad regime forces do not allow for returns on the grounds that it is a military zone. In Busra al-Sham, a town in southern Syria administratively belonging to the Daraa District, members of the Eighth Brigade of the Russian-backed Fifth Corps prevent the displaced Shiite residents from returning. Civilian homes in the western Daraa countryside were turned into military outposts. Sights of iron being removed from the roofs of the houses of the internally displaces, as well as looting has become common in Idlib.

In Ghouta, the Counterterrorism Court, which allows the Assad regime’s security apparatus to persecute opposition members, confiscated the property of pro-opposition residents, classified land as a military zone in the east of Al-Bahariya village and prevent residents to invest in agricultural land. Meanwhile, return to West Ghouta region remains selective and partial.

Lands and houses that are put up for auction by armed militias on behalf of various real estate companies extend from Morek in the Hama district to Sukayk in Marrat al-Nu’man, Tall Tari village in southern Idlib and eastern and southern regions of Aleppo. On June 9, within the authority of the Assad regime’s authorities responsible for agriculture, the Governor of Hama announced three auctions to be held for pistachio lands belonging to farmers who were forcibly displaced by Assad regime forces. On the other hand, in Aleppo, the General Establishment for Military Housing of the Assad regime announced auctions for the sale of houses owned by residents who had to leave the area in 2016.

In 2021 only, Iran-backed militia activities were reported to take place in and around Daraa, Palmyra, Aleppo and Deir Ez-Zor. Together with the 4th, 5th, 9th, and 15th divisions of the Assad regime, severel Iran-backed brigades have seized civilian homes and farm in Daraa, converting them into military bases to attack areas that were besieged by the regime in the latest Daraa escalation. The number of houses seized by Assad regime forces was reported 50 latest. In Palmyra, four houses that belonged to civilians related to HTS was seized by Liwa Fatemiyoun. In the town of Hayyan in the northern countryside of Aleppo governorate, a number of pro-regime militias have settled families and people close to them to homes and agricultural lands belonging to displaced residents. Among these groups, the Lebanese Hezbollah brought agricultural workers to Hayyan to plant hemp. Apart from lands and houses, some militias also captured industrial facilities. In Zabadani, close to the border with Lebanon, Hezbollah seized 1200 lands and flats in total. Similarly, in the border town of Tufail, 505 lands were seized by pro-Iranian militias. In the village of Bloudan, number of flats settled exceeded 315. In al-Tamou neighborhood, the eastern countryside of Deir Ez-Zor, civilians’ homes were turned into headquarters, settled by families of the militia or used as a private mosque.

The Assad regime’s key ally, Russia, have turned houses in the countryside of Aleppo into training grounds for artillery, missiles and air targets. Through Liwa Al-Quds, an allied Syrian-Palestinian militia, Russia is attempting to buy real estate in the Handarat refugee camp in Aleppo. Liwa Al-Quds reportedly purchased around 70 houses in the area immediately adjacent to the Russian military base.

The insecure and instable environment of Syria is pre-mature for the return of Syrian refugees. Acceleration of return campaigns would risk further displacement waves and destabilization of Syria. Unless no commitment is received by the Assad regime that it will abide by human rights and protection thresholds, discussions on facilitating the return of refugees must be closed. 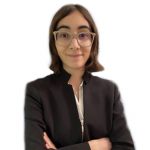