Since the end of the 19th century, when Germany started to see itself in the category of a great power, it started to develop an interest in the Middle East region and oil resources in the Gulf, like other great powers. However, due to the structure of the international system and its defeat in both world wars, Germany could not gain influence in the region like the UK, France, Russia and the US. Although Germany tried to be effective in the region by using its economic power since the 1960s, these efforts were overshadowed by its American ally. The 1973 oil crisis caused Germany, like all other countries, to focus its attention on the Gulf region, because with this crisis, the Gulf countries not only became an energy source, but also an important market for advanced technologies and a serious direct and indirect source of investment for Western economies shaken by the oil crisis. Although being the leading country of the European Union (EU) provides some advantages to Berlin, the problems that the EU has in developing an integrated Middle East and Gulf policy causes Germany to lose its influence in policies directed towards the region. Recently, Germany has been making great efforts to use its economic power to increase its influence in the Middle East and Gulf region, but these efforts remain in the shadow of the regional initiatives of the US and Russia.

The place of Gulf countries in Germany’s Middle East policy:

During the Cold War, EU countries acted in harmony with the US in their military and strategic policies regarding the Middle East, within the framework of their obligations under the North Atlantic Treaty Organization (NATO). It has been observed that since the 1960s, there has been an increasingly clear divergence between the two parties in the field of economy, and the military and strategic dimensions of this split have been affected over time. As a matter of fact, while all EU countries sided with the US during the Gulf War against Iraq in 1990, it was observed that France and Germany adopted an anti-US policy or tried to curb the US during the 2003 invasion of Iraq and in efforts to limit Iran’s nuclear activities. From time to time, Germany tried to follow a policy of “critical dialogue” with Iran on the nuclear issue but most of the time preferred to remain silent in the face of pressure from the US and German public opinion due to Iran’s flaws in human rights and democracy.

Germany determines its Middle East and North Africa policy within the framework of basic principles such as Israel’s security, preventing the proliferation of weapons of mass destruction, controlling migration movements, and maintaining regional stability. Before the “Arab Spring” uprisings, the promotion of democracy and human rights seemed to be one of the main factors affecting Germany’s regional foreign policy. It was seen that this principle, except for reactions against the Khashoggi murder, was ineffective in the Arab uprisings and in Germany’s policies in the region. Gulf-German relations are overshadowed by Germany’s support for Iran on the Joint Comprehensive Plan of Action (JCPoA). Furthermore, the aggressive interventions of some Gulf countries such as the United Arab Emirates and Saudi Arabia in problem areas such as Yemen and Libya also draw the reaction of the German public.

Compared to the US, the Gulf policy of EU countries in general, and Germany in particular, remained ambiguous and timid. While the US defined clear economic interests in the region and had military power to control the region and its surroundings, EU countries had to follow an uncertain regional policy that changed according to the attitudes of the US and the Gulf countries themselves. However, aside from the region being an important raw material and investment resource for industrialized EU countries, the direct impact of the crises in the region on the European continent forces EU member states to pay more attention to the region. Despite this, EU countries have difficulties in developing a holistic and harmonious common policy with the Middle East and Gulf countries. In this sense, the dominant and domineering attitude of the US within the framework of NATO, as well as the leadership race between major EU countries such as Germany, France, Italy and the UK before Brexit, plays an important role. This situation causes EU countries to consider the region in a fragmented manner in terms of economic, strategic and geographical aspects. In other words, while an EU country brings some Gulf countries to the fore, some EU countries seem to have developed closer relations with other Gulf countries.

The first cooperation agreement between the EU and the Gulf Cooperation Council was signed in 1989. In this context, EU countries, especially Germany, have developed their economic relations with Gulf countries, which are important in terms of energy security, direct and indirect investment resources, and market opportunities. Due to US policies toward Iran and Iraq, the relations between the EU countries and these two states have remained limited. Therefore, the security and stability of the Gulf region is of vital importance to Germany’s interests, because the emergence of additional problems in the Gulf leave Germany in a dilemma of either working in an exact harmony with the US or ending up in a complete contradiction with it, thus dragging Germany’s regional policies to a dead end.

The Gulf region meets nearly half of Europe’s natural gas and oil needs. Although the share of the Gulf region in Europe’s natural gas imports is gradually decreasing, natural gas resources in the region are of great importance for Europe in terms of supply diversity, especially considering the problems experienced in gas supply with Russia in the 2010s. Apart from the spot market, oil resources in the region are of great importance for European countries in terms of long-term, stable and cheap oil supply. As a matter of fact, EU countries led by Germany developed the Nabucco project towards the end of the 2000s. However, this project, which was inconvenient for the interests of the US and Russia, was shelved in the early 2010s. While the US and Russia aim to have a greater say in the supply of energy resources to the global markets in the Gulf region and to intervene in the region with more military means, European countries aim to develop permanent relations with the countries of the region through tools such as economic development and integration.

Germany’s lack of hard power tools compared to the US and Russia pushes it to seek influence in the region through soft power tools such as economic activities and cultural interaction. On the other hand, while the political and social crises in the Gulf and the Middle East directly affect Europe due to reasons such as immigration, the US and Russia can use these crises to expand their spheres of influence. Therefore, the regional policies of these two great powers contradict the EU’s search for stability in the Gulf.

The fact that Germany does not have a colonial past in the Gulf region makes it easier for the Gulf countries to establish close relations. However, there are also some obstacles to developing relations with the Gulf countries for Berlin. First of all, Germany, as the leading country in the EU, has to observe and coordinate the regional interests of other EU member states. This situation prevents Germany from developing a Gulf policy that only looks after its own interests. Secondly, English is used as the first foreign language in the Gulf countries. This causes the educated people of the Gulf countries to prioritize the countries that speak and provide education in the English language. Thirdly, the human rights and democracy records of the Gulf countries remain below the level acceptable to the EU. The issue of democracy and human rights is a subject that is widely abused in order to realize the foreign policy interests of Western countries. However, in this regard, domestic public opinion in Germany is much more sensitive compared to countries such as the US and the UK. This poses a serious obstacle for Germany to openly develop its relations with the Gulf countries.

The fourth major obstacle is the cultural differences between Germany and the Gulf region. Although Germany possesses an appeal as one of the representative countries of modernity, the parties need to better understand each other in order to develop their relations with the Gulf countries, where Sunni Islam is highly influential. In this context, the admission of a country like Turkey or Morocco, which are important actors of the Muslim world, to the EU will contribute to the easing of Germany’s efforts to establish permanent relations not just with the the Gulf, but also with the Sunni Muslim world as a whole. Next, Germany’s dilemma between the Arab public opinion and the policies of the US and Israel, due to the Palestine-Israel dispute, is another serious obstacle for Germany to develop its relations with the Gulf and the Middle East in general. The Holocaust perpetrated by the Nazis on the Jews during the Second World War forced Germany to follow an apologetic policy in the region. For this reason, Germany was deprived of the opportunity to contribute to the solution of the Palestinian-Israeli dispute in proportion to its power. Lastly, and perhaps most importantly, the military relations that the US and the UK have developed with the Gulf countries and the military control mechanisms they have established in the region also prevent Germany from establishing deep and permanent relations in the region.

In order for Germany to develop its regional policies, it first needs to define its own regional interests clearly and develop a discourse that encompasses the entire region beyond problem areas such as the Palestine-Israel issue, and a clear and understandable language on how it can contribute to the solution of regional problems within this framework. In other words, it needs free its relations with regional countries from the grasp of powers such as the US, Russia, and Israel. To do this, Germany must achieve optimum balance between the interests of regional powers such as Turkey, Iran, Egypt, Saudi Arabia, and Israel and the interest of global powers such as the US, Russia, and China, and to be successful in developing a common Middle East policy within the EU itself. Otherwise, Germany’s preference for any one of the regional or global powers may harm not only its own interests but also regional stability. 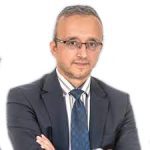 Dr. Muharrem Hilmi Özev is a political scientist interested in studying Geopolitics, Conflict Resolution, Energy Security and Gulf Affairs. Dr. Özev graduated from the Marmara University's IR department. He received his master's degree from Yıldız Technical University, Turkey and doctoral degree in the Institute of Middle Eastern and Islamic Countries at Marmara University, Turkey. Currently he is teaching at the Political Science and International Relations Department of the Faculty of Economics in Istanbul University. He follows the developments in Turkey and the Gulf countries and works to improve understanding and cooperation at academic and social levels. He also writes and comments on Turkish and Gulf affairs on national and international platforms.

The President of the Presidential Council, Mohamed al-Menfi, discussed the latest developments in the political process

On Monday, local police stated that a possible drone attack in the capital of the United

Citing “unprofessional coverage” of developments as a reason, Sudanese authorities have revoked the license of Al

According to the written statement shared on the website of the UAE Ministry of Foreign Affairs,

Late on Sunday, a security source announced that two banks in the Iraqi capital were targeted

According to local media on Sunday, powerful explosions were heard in western Iran. Loud blasts were

Crisis of stranded migrants on EU borders sought to be ended by Iraq, Lithuania

On Sunday, ways of ending the crisis of Iraqi migrants stranded on the Belarusian-Lithuanian border were