After mass protests against the simultaneously ongoing political, economic, and health crisis in Tunisia, Tunisian President Kais Saied, on July 25, declared that he would be implementing the 80th amendment of the constitution. By doing so, President Saied sacked the prime minister and stopped the activities of the parliament for 30 days. By this move, he accumulated all executive powers to himself.

During the last decade of democratic transition, Tunisia for the first time has experienced such bold action from an actor inside the regime.

Tunisia has always been portrayed as the single success story of the Arab Spring revolutions. Despite its achievements in democratization, human rights, and freedoms, the North African nation has suffered from terror attacks, political instability, and socioeconomic downfall. Political class not only failed to produce permanent solutions for these crises but also deepened them by political bickering.

The Tunisian Constitution of 2014 has envisioned a semi-presidential and parliamentary ruling model. While this system encourages the separation of powers, it created a confusion of jurisdiction among the powers of each body: the presidency, legislation, and executive. Both presidents during the period following the implementation of the 2014 constitution have had a rocky patch with the PM’s they have assigned. In all these political deadlocks, there was either compromise for a palliative solution or a deadlock.

All these political battles have focused the anger of everyday Tunisians on the political class.

Saied, running as an independent candidate in the last presidential election, has pursued a radical election campaign. In his manifest, he criticized the political party-based system and defended a more individual-based political representation model. Saied won the presidential election with a sweeping majority of up to 70 percent. That is why when he seized the executive power, he had stressed upon the “people’s will” and had implied his electoral legitimacy.

With President Saied now holding the reins of the country, there is a high possibility of him changing the constitutional ruling system from a semi-presidential to a fully presidential one.

There is a high demand in public opinion for radical change.

Saied, who either adopts a more confrontational tone or a reconciliatory one while driving this change, will set the outlook of Tunisia in the near future.

However, he needs to act quickly in order to keep the momentum. Saied is trying to push for opening corruption files which are a long-overdue and popular demand. The corruption issue represents a strong excuse for Saied who needs to keep its currently high popularity to finish what he started. The whole country is waiting for Saied to reveal his roadmap. If he keeps his powers for a long duration, in a country with such a strong civil society, a backlash is inevitable.

the Ennahda Movement in a decade

The Islamist movements, especially the Muslim Brotherhood, long marginalized and pushed to the periphery, have moved to the center of politics in the post-Arab Spring transition countries.

With their nationwide charity and civic society network, they were seen as well-suited candidates for leadership roles.

In the Tunisian case, the Ennahda Movement won the elections of 2011 and came as the main party from the polls. The election law, which aims to increase representation, has made a coalition inevitable.

Ennahda has set up a coalition with two secular parties from different ideologies. This coalition of three parties is portrayed as Ennahda’s success in leading conciliation and dialogue.

The challenges of the government led by Ennahda were its inability to meet the high aspirations of the revolution and the protests in Tunisian streets. The ideological recusancy of political parties has tried to isolate Ennahda and its allies in the government.

The Egyptian military coup of 2013 has created a political storm affecting the whole region and the winds of change have reached Tunisia right away. The deterioration of security, the attacks of The Islamic State (ISIS), and the political assassinations of leading opposition figures have challenged the ‘troika’ government.

The crusade against political Islam, led by Saudi Arabia and the United Arab Emirates (UAE), has turned Ennahda into a target. Ennahda, in order to avoid confrontation, resigned from the government, and a technocratic government was reinstated. Traumatized, Ennahda saw this storm as an existential threat and consequently set its policies with a survival instinct.

Ennahda lost the 2014 elections against the Nidaa Tounes party, which is a mix-coalition of former regime figures, liberals, ultra-seculars, and nationalists. However, Ennahda, rather than staying as an opposition, kept supporting the government and, in a way, stayed in the circle of power. After the deadly armed attacks of ISIS in the 2015 era, caused a political crisis and the government fell.

The biggest and most powerful union of Tunisia, the UGTT, trade organizations, and political parties have coalesced a national unity government as Youssef Chahed of Nidaa Tounes was the head of government of which Ennahda was one of the main backbones.

The national unity government was not able to bring major changes to the status quo and the dissatisfaction against the political class was simmering day by day. At the end of 2018, then-PM Chahed and then-President Beji Caid Essebsi had a breakout, in which Ennahda sided with Chahed and doubled down its role as a kingmaker.

After the 2019 election, even though Ennahda finished the race as the main party, its number of votes and parliamentary seats decreased once again. The results verified that Ennahda had been weakening since 2011 and had been losing votes since.

With Kais Saied in the presidential seat, Ennahda tried to form a coalition but failed to receive a vote of confidence in the parliament. Then, Kais Saied appointed ex-Finance Minister Elyes Fakhfakh who included Ennahda as part of his coalition. However, the pandemic and its severe social and economic effects in Tunisia’s crippling economy, along with the blame game among the coalition partners and charges against the PM about conflicts of interest about his company’s business deals, have brought an end to the coalition.

Ennahda was also under attack within the parliament from former regime loyalist party leader Abir Moussi, who ran an anti-Ennahda campaign and waged an all-out war against the movement in parliament and media thereafter. Abir Moussi managed to carry a motion for a vote of no confidence against Ennahda leader Rached Ghannouchi from his role as speaker of parliament. This motion was rejected with a slight margin.

Ennahda’s leader tried to dismantle these systematic attacks by Moussi by bringing notable political figures to the party from the Bin Ali era, which again disgruntled the Ennahda base.

Ennahda played another crucial role in Saied’s appointment of Hichem Mechichi to the PM seat. But, confrontations between the President and the PM did not take that long to emerge. Ennahda and its allies have sided with Mechichi in a new political battle with the President. Furthermore, all this political bickering was happening in the middle of a severe pandemic, and public discontent was at a boiling point against the political class.

On July 25, when the protests were happening in the capital against the whole political system, there were attacks on Ennahda offices too.

With the heavy campaign against Ennahda by Saudi and UAE-funded pan-Arabic media, while the Tunisian allies of this anti-Islamist front continue to tighten the screws on the party, this movement, with its central and permanent role in Tunisian politics either as a leading actor in government or as a partner in coalition or as a supporter of the government, has exhausted the party. Ennahda and its symbiotic relation with post-revolutionary transitional politics, has put a heavy burden on the movement which has never tasted the circumstance of being in opposition. When the issue of Ennahda is at stake, some political parties from the different aisles of the room were ready to unite against it on ideological grounds and implement an obstructionist attitude towards the movement

When Kais Saied declared the constitutional announcements, Ennahda’s call to come down to the streets did not even resonate with its main electoral base. Ennahda, which realized that it had to succumb to the fait-accompli, is now withdrawing to its base and waiting for the storm to pass. Meanwhile, it does not want to play an obstructionist or confrontational attitude which could end better for the movement.

Even though Ennahda cannot be prosecuted as the scapegoat for the demise that country is facing, keeping its central role in politics and avoiding radical change has tainted its image in the last ten years.

Saied has all the momentum in Tunisia

Fuel prices raised for 4th time this year in Tunisia 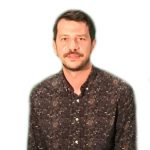 Enes Canlı is a journalist focused on Middle Eastern and North African affairs. He worked as a stationed correspondent for Anadolu Agency in post-coup Egypt, Qatar, Lebanon, and Tunisia. He covered many critical events in the region such as the Al-Aqsa protests in Jerusalem, the 2019 Algerian uprising against Abdelaziz Bouteflika, Khalifa Haftar's attacks to capture Tripoli, and the Beirut Port explosion.