In the Middle East, some transboundary crises and problems push the capacity of states alone, in addition to interstate political, military, and economic crises. While these transboundary problems may arise from economic issues, the problems arising from environmental and security-related issues may also have economic consequences. In this sense, recently, some transboundary problems have occurred in the food trade between Saudi Arabia and Lebanon, and it has been determined that the problems cannot be solved only by the Saudi Arabian or Lebanese authorities in a short time. One of these key transboundary problems is the Lebanon-originated drug trafficking, and this trade appears to have chosen Saudi Arabia as a target country or a transit country. In the past months, narcotic substances have been found in vegetable and fruit shipments from Lebanon to Saudi Arabia’s Jeddah Islamic Port and King Abdulaziz Port Dammam. The Saudi Arabian General Customs Authority and the General Directorate of Narcotics Control have taken urgent measures regarding the issue.

It is a regional reality that non-state armed actors, marginalized groups, and terrorist organizations in the Middle East are involved in drug trafficking as a source of economic income and a financing tool. Actors living in regions and countries where state authority and law enforcement capacity are weak, and where military instability exists, can generate a significant amount of income from the drug trade and can use this financial income to obtain weapons illegally or obtain wider financing resources. In this sense, the recent discovery of drugs such as Captagon and Amphetamine in vegetable and fruit shipments sent from Lebanon to Saudi Arabia has demonstrated that non-state actors are searching for illegal income and that the relations between Saudi Arabia and Lebanon are going through tough times.

Combating drug trafficking in the relations between the two countries

Upon the detection of Lebanon-originated drugs entering the ports of Saudi Arabia, the Ministry of Interior of Saudi Arabia announced that the import of vegetables and fruits from Lebanon to the country was stopped as part of combating drug trafficking. The Saudi authorities stated that these bans would continue until sufficient assurances are obtained from the Lebanese authorities against the source of the drugs and the possibility of finding drugs in future shipments. It can be stated that the Saudi authorities have taken these moves to ensure the safety of the Saudi people and economy and to prevent Saudi Arabia from being placed in the position of a drug trade route. As a matter of fact, in the face of the situation that became even clearer with the declaration of the Interior Minister of Saudi Arabia, Abdulaziz bin Nayef, that the country’s security is a red line, Lebanese authorities also committed to taking strict measures on the issue and added that Lebanon has economic reservations regarding the issue. The Minister of Agriculture of Lebanon, Abbass Mortada, stated that the issue is of profound importance both for the Lebanese people and the Lebanese economy, considering that the Lebanese origin of drug smuggling may push other Gulf countries to take strict measures against Lebanon.

The issue that makes the Lebanese-originated drug trade and smuggling both a serious problem in Saudi Arabia-Lebanon relations and a regional problem is that the size of the trade has grown over the last 5 years. According to the statements made by the Saudi Arabian Ambassador to Lebanon, it is stated that the volume of drug trafficking, which is stated to be large enough to cause a severe threat to the whole Arab world if not seized, has exceeded 600 million in total over the last 5 years. Within the scope of the developments, Lebanon’s attitude towards the issue was evaluated with the participation of the relevant ministers under the chairmanship of President Michel Aoun. Thus the drug trade and its regionalization constituted one of the main agenda items in Lebanese politics. With the recent developments, drug trafficking has not only been a political agenda item in Lebanon but has also led to the opinions of politicians belonging to different sects and parties in the country about the weakness of the government and the lack of strong state authority.

After the drug trade and smuggling, the Saudi Arabian public’s reaction following the decisions taken by the Saudi Arabian authorities on trade with Lebanon could be followed on both traditional and social media. In this sense, one of the important views expressed by the people of Saudi Arabia on social media attributes to why the drug trade originates from Lebanon to Hezbollah. According to the view, which has a certain amount of support in Lebanon, it is stated that Hezbollah uses the drug trade for economic income and works in partnership with the Iranian Revolutionary Guards Corps in this sense. Drug trafficking originating from Lebanon poses a social threat to Saudi Arabia and the Gulf countries and brings serious threats to European countries. In the recent period, narcotic substances were detected in the cargoes that came to Greece via Lebanon and were planned to be sent to the port of Piraeus, and a similar situation was experienced in Italy. Tight intelligence cooperation of institutions in European countries with the US Drug Enforcement Agency (DEA) has also yielded results in detecting drugs in European countries’ cargoes coming from Lebanon. Organizations such as INTERPOL and EUROPOL warned countries about Hezbollah’s illegal activities in Europe and stated that people and networks determined to be related to Hezbollah in Lithuania, France, and Germany were caught. Therefore, it should be noted that international institutions also support this view.

As a result, the transboundary problems that damage the capacity of states, such as drug trafficking, drug smuggling, and other organized crime, do not only negatively affect the political and trade relations between Saudi Arabia and Lebanon. In particular, the declaration that drug trafficking is used as an economic resource by Hezbollah in Lebanon and the processes of bringing drugs to Lebanon via Syria through marginal groups and terrorist organizations make these regions, where military instability prevails, a transit route. In recent years, Saudi Arabian, Kuwaiti, and Emirati and Jordanian authorities have carried out operations against drug trafficking in Syria, which they say is largely due to marginalized groups and terrorist organizations.

Identifying certain regions as a transit route for drug trafficking and other organized crime not only threatens Saudi Arabia and other Gulf countries but also threatens the safety, welfare, and health of other neighboring countries and all Arabian Peninsula societies. Regarding drug trafficking, smuggling, and other organized crime, it may require regional countries to strengthen existing common mechanisms, implement new concrete mechanisms and processes, and start taking strict measures on the subject. However, the possibility that the measures that can be taken are unilateral and do not affect all economic actors, in the same way, is a development that will increase the economic inequalities between countries with a certain level of prosperity and those without a certain level of welfare. Despite all this, it can be expected that the culture of cooperation, which has been realized to a certain extent within the framework of regional health diplomacy, in a short time in the face of the COVID-19 pandemic, can be expected to create a ground that can be used against drug trafficking and smuggling and organized crimes, which present more structural threats than periodic pandemics. 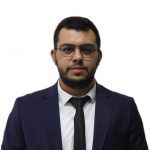