After years of being praised for its post-revolution record of democratic transition, compared to other Arab Spring countries, Tunisia is now falling into the crisis of dictatorship once again. The democratically elected Tunisian president, a retired law professor, Kais Saied, is now almost individually drafting a new constitution that expands his authority over other state institutions while giving him an above-the-law status that puts him beyond accountability. He even disregarded the constitution draft made by the committee he himself appointed and added his own amendments and articles he deemed necessary.

The autocratic tendencies of Kais Saied evolved gradually in a very short period of his tenure, as he was once considered to be a unique model of governance in the Arab World: an academician who took office without a popular base or the institutional support of a political party, but rather ascended to the top of Tunisian politics merely depending on his academic background and promises of good governance via social media tools. After a period of muted tension with the state apparatus, mainly the parliament and the judiciary, he announced the suspension and dissolution of the parliament on July 25 last year, sacked the former prime minister and devised a political road map that enables him to rule solely until the election of a new parliament next December, according to a decree he issued as he suspended large parts of the 2014 Constitution at the end of last September.

The proposed constitution states that “the President of the Republic of Tunisia is not asked about the actions he carries out as part of his performance of his duties.” The drafted constitution states that the powers of the new parliament do not include monitoring the decisions of the president in the context of his performance of his tasks or government actions, provided that the government is responsible before the president and not before the parliament, which means changing the political system to a presidential system in which the president enjoys greater powers. The new draft constitution gives the president the authority to name the judges, according to the nomination of the Supreme Judicial Council, while changing a main article of the constitution that states that Islam is the official religion of the state.

One may argue that the parliamentary system does not fit with states in a democratic transition, as weekly parties lead to prolonged periods of instability. But disregarding political parties and intellectual elites, while dissolving the parliament and deliberately weakening state institutions, while taking refuge in state security apparatuses, is a blow to democracy and a severe backlash to the transitional path that Tunisia took years ago. Although some observers argue that the powerful civil society of Tunisia, with its labor union and media outlets, will not allow for dictatorship to rule once again, this still represents a fearsome step towards another failing model of democratic transition in the Arab Spring that may mark the end of its period.

Since the eruption of Arab uprisings at the end of 2010, the clashing models of democracy and dictatorship have been resonating across the region, with the absence of a successful indigenous-tailored model of governance that fits the MENA region, with its exceptionality of Islamic politics and democracy, in a volatile region that is still searching for identity, with clashing ideas of heritage and modernity. The model of a strong leader is still dominating local and regional politics, which links it with stability while tying democracy and party politics with instability and the fragility of governance.

On the other hand, the role of religion in public spheres is still debatable across the region, as Kais Saied argues that it should not be kept in the constitution as a state religion, with repercussions on various issues varying between family laws, inheritance, and even the economy and banking systems, with identity politics at its core, with cultural fault lines that resonate across the whole region. The volatile blend of dictatorship and identity politics is a speedy formula for civil unrest and prolonged cultural wars that will extend beyond Tunisian borders, while the totalitarian approach of Kais Saied will be put to test in the coming referendum on the drafted constitution that will take place on July 25.

While the draft of the constitution was made by Kais Saied’s chosen elite, without real public scrutiny and societal discussion on the national level or even without thought on its impact on the daily lives of the Tunisian citizens or the participation of major political actors, the final word will be reserved solely for the people. The Tunisian people are currently subjected to a fierce media campaign from local and regional satellite channels, with a clear presence of political money that was frequently gushing from leaders of the counter revolutions across the region, aiming to support the strong-leader model versus democratic transition.

Indeed, the transition from the historical model of strong leaders in the region into a more institutionalized model with an enhancement of elite-making institutions and the solidification of political parties and civil society needs more work at the political culture level. Hence, that needs a start from the enhancement of the internal party systems and bargaining practices, not only in Tunisia but across the whole region, as the strong-leader model is still predominant inside political parties, especially in the Arab World, as parties revolve more around the characteristics of the leader than around political ideas and developmental agendas.

The bet is now on the Tunisian people in the coming referendum on the constitution to refute that path. That will be a referendum on the popularity of the whole model of a strong leader, and hence the popularity of Kais Saied himself. The recurring model of boycotting referendums should not be followed this time, as some political parties recommend that for their followers, as boycotting referendums did not work well in the historical experiences of Egypt and elsewhere, as the dictator will urge his followers to cast their vote regardless of the popular boycott and its percentage, but rather will resort to the final results and the outcomes he needs to fortify his disputed legitimacy.

The Tunisian experiment must prove positive for the good sake of democratic transition and to rebuff the dictatorship-based strong leader model, as defeating this trend will mark a cornerstone for the essence of good governance, a blow to dictatorship, and an inspiration for other people of the region, as it seems that Tunisia is destined to be the recurrent role model for the Arab Spring. 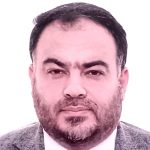 Dr. Muhammad Al Zawawy is currently working as a lecturer at the Middle East Institute, Sakarya University, Turkey, and was a head of the International Relations unit at Arab Center for Humanitarian Studies, Cairo, Egypt, and worked as a non-resident researcher at Al Bayan Center for Research and Studies, Riyadh, Saudi Arabia. He authored and co-authored number of books, among which are “Sea of Fire: Rise of Dispute Catalysts in the Eastern Mediterranean”, “Egypt’s National Security: Challenges of Regional Environment after the Arab Spring”, and “Islamist in Egypt: Readings in their Classifications, Doctrines and Practice”. He obtained his Ph.D. from Middle East Institute, Sakarya University, with the thesis titled: “Geopolitical Transformations in The Middle East and Their Impact on Regional Coalition Building”, and his Master’s degree from the Faculty of Economics and Political Science, Cairo University, with the thesis titled: “Security Issues in The Turkish European Relations and Its Impact on The Eastern Mediterranean”, and his BA from Faculty of Arts, Cairo University. His academic interests are geopolitics, alliances, Islamism, Eastern Mediterranean gas, and armament in the Middle East.