Recent events in Iraq related to the continuing tug-of-war between the United States on one side and Iran on the other might suggest that Iraqis would be better off if the two could finally hash out an agreement in Vienna over Iran’s nuclear ambitions so that both belligerents could stop using Iraq as an arena in which to settle scores.

At face value, that seems like an entirely reasonable and rational point of view to adopt. However, it would be woefully naive to assume that any nuclear deal with Iran that includes relief from sanctions and that does not constrain its regional ambitions would be in the Iraqi people’s interests. Far from causing Iran to moderate its behavior, it will instead turbocharge its ambitions to re-establish itself as the regional hegemon.

When the Joint Comprehensive Plan of Action, better known as the JCPOA or the Iran nuclear deal, was first signed between the United States, Russia, European powers, and Iran in 2015, there was a misplaced hope that Tehran would curb its regional ambitions and would become a better-behaved actor.

The naivety of the Obama administration had several times before led to disaster for the people of the region, and this was no different. The US did nothing as democracy was bloodily destroyed in Egypt in 2013, Obama himself failed to enforce his own “red line” on chemical weapons usage by the Bashar al-Assad regime in Syria, and the White House failed to use its position of leadership in NATO to support Turkey when Russia was provoking it over Syria.

Indeed, and even as the JCPOA negotiations were underway, Obama intentionally turned a blind eye to Iran’s Lebanese proxy and US-designated terrorist organization Hezbollah trafficked narcotics into the United States. He was so intent on achieving any sort of deal with Iran that he could hold up as his personal legacy in office that he was willing for American youths to be exposed to drugs smuggled by a group his own administration called terrorists.

Naturally, the end result of the deal was that Iran received billions of dollars in frozen assets and, as sanctions were lifted, Tehran poured those assets into its Islamic Revolutionary Guard Corps (IRGC), Hezbollah, and other proxies in Iraq and Syria. The net result was a savage escalation of the war in Syria, brutal sectarian war crimes in Iraq, and increased support for their Houthi proxy in Yemen.

Such was Iran’s confidence just prior to the deal that it bragged that its empire now controlled four Arab capitals: Baghdad, Damascus, Beirut, and Sanaa. Now armed with billions of dollars and the lifting of sanctions allowing it to access international markets to fuel its regional ambitions, Tehran went on a veritable rampage to consolidate and expand its imperial control.

Today’s American president, Joe Biden, was Obama’s running mate and vice president. He was in the White House when Obama was bending over backwards to facilitate the Iran nuclear deal. He played a role in the negotiations. He was even incensed when former President Donald Trump withdrew the US from the JCPOA in 2018 due to its inherent weaknesses and Iran’s continued belligerence despite the deal.

No one was more pleased with Biden’s 2020 election victory than Iranian Supreme Leader Ayatollah Ali Khamenei. Biden represented a second-coming of the Obama administration that had facilitated his regime’s expansion. Biden had openly stated during his campaign that he would recommit the United States to the nuclear deal. In other words, he openly played his hand and let the Iranians know that, sooner or later, they would be free of the sanctions reimposed by Trump.

To maintain its image as the spearhead of the so-called “Axis of Resistance”, Iran has continued to provoke the US with pinprick strikes in Iraq. Tehran even armed its Iraqi Shia proxies with “suicide drones” that would fly into Iraqi bases housing US troops and self-destruct, causing minor damage. According to The Washington Post, these groups even brazenly targeted CIA bases in April this year.

Had the above occurred during Trump’s tenure as president, it is likely that these militias would have paid a dear price. Trump effectively cowed Iranian proxies in Iraq and forced their commanders underground after he ordered the assassination of IRGC Quds Force commander Qassem Soleimani and his top Iraqi lieutenant Abu Mehdi al-Muhandis in early 2020 after their militias attacked the US embassy in Baghdad.

However, and under Biden, the US response was meek. In three separate strikes this year, Biden ordered airstrikes against peripheral targets in Iraq and Syria, killing expendable and low-level militants. Such was the degree of safety perceived by the militia leaders – most of whom were designated as terrorists by the Trump administration – that they openly attended funerals for the men they had lost last week, knowing Biden would not risk upsetting Iran during the ongoing Vienna negotiations by killing them.

As a result, and given Biden’s role during the Obama administration and his current behavior, it is clear that any new deal will simply recreate the bloodshed of 2015, emboldening and empowering Iran to act even more belligerently, threatening regional stability through its actions which will perhaps cause another exodus of refugees towards Turkey and beyond.

Iran will also want to continue to consolidate and secure the crown jewel of its new empire – Iraq. We have already seen how Iran ordered its proxies to deploy snipers to gun down even Shia protesters and so, without any other pressure to constrain its actions, it is obvious that Tehran will continue to undermine democracy in its neighbor

This portrays a terrible future for the Iraqi people, who have endured decades of dictatorships and warfare and are now under de-facto Iranian occupation, from which there is little hope of emancipation without a regional rebalancing that can only be realistically achieved by Turkey, the only country with the necessary power to stabilize the Middle East. 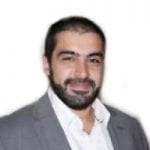 Dr Tallha Abdulrazaq is an award-winning researcher at the University of Exeter's Strategy and Security Institute, specializing in military operations and counterterrorism." His Twitter handle is @DrTalAbdulrazaq.